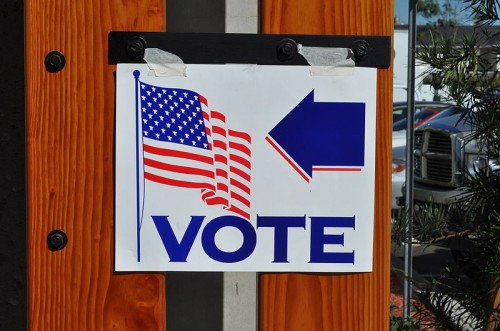 Four years ago, President Obama was elected, at least in part, because he was able to generate excitement among young voters. In fact, in 2008, some 84% of young people who were registered to vote actually did vote. But recently, I’ve noticed growing apathy among some in my social media circle. While I can’t be certain that my facebook “friends” are representative of today’s young people, this trend on my newsfeed has caused me some concern. Gallup polls also indicate that young people are reporting a lower likelihood of voting in this election than in previous ones. Not good.

Voting is one of our most important rights. That should be reason enough to vote, to protect a fundamental freedom that many have fought for. The year 1869—that’s when black men got the right to vote. It’s been less than a century since women secured the right to vote. Less than 50 years ago, Congress declared poll taxes unconstitutional, removing limitations on poor people’s ability to exercise their voting rights. It has been a long road, but voting rights are now a reality for most American citizens (though, admittedly, there are still serious flaws in our system). And now, instead of seizing that right in significant numbers, my generation is thinking about saying NO to voting. Here’s the explanation I’ve heard from friends: “Why should I vote when my choices are both bad?” “What’s the point of voting, it’s all corrupt.” “If we don’t participate in this flawed system, we can send a message that we want it to change.” “How do I pick the lesser of two evils?”

I understand people’s disappointment and their desire for something different. But not voting is a privileged action, not a revolutionary one. What do I mean by privileged? I mean that the option of not voting is only viable if you have a certain amount of power in our society. Generally speaking, not voting might seem like an option to middle (and upper) class, white, heterosexual, American-born men. For them, the election may not seem particularly important; their rights, power and social visibility aren’t particularly threatened by any elected official. So I’m beginning a list of people who don’t have that privilege, whose freedoms, rights, livelihoods, and maybe even their actual lives, depend on the outcomes of elections. Perhaps if you’re considering not voting, you’ll think of these groups and change your mind.