The Other (Religious) Dimensions of Sexuality 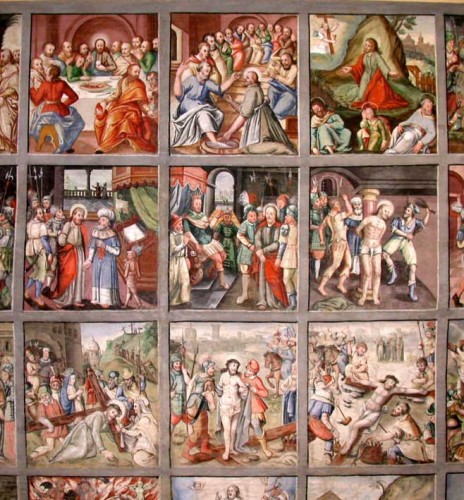 One of the main ideologies of religion, which Ninian Smart has pointed out, is that of the ethical, and legal dimension. Smart states, “the law which a tradition or subtradition incorporates into its fabric can be called the ethical dimension of religion” (Smart 18; 1998). History has proved how social customs, usually stemming from religious ideologies, tend to become laws, and govern social norms. When thinking about American society, society claims there is a separation between the Church, and the State: but, this is not true. With most presidential elections, society can see how a presidential candidate’s religious affiliations, or views on certain topics, such as abortion and others, are pertinent to the voter’s candidate choice. Although, this ethical and legal dimension may be the primary example to view religion and sexuality, most people neglect to view the other dimensions in which religion governs sexuality.

The experiential, and emotional dimensions are crucial to understanding how religion controls sexuality. Life is about experiences, and the emotions involved with them. In regards to religion, Smart states:

And it is obvious that the emotions and experiences of men and women are the food on which the other dimensions of religion feed: ritual without feeling is cold, doctrines without awe or compassion are dry, and myths which do not move hearers are feeble. (Smart 14; 1998)

Smart provides insight on sexuality that does not focus, solely, on the carnal aspects; it is, also, about the feelings associated with the physical acts of sex. Paul David Numrich, in his article “The Problem with Sex According to Buddhism,” illustrates the experiential and emotional dynamic of sexuality in religion. Numrich labels one part, the problem of desire. For Buddhism, refraining from sexual acts alone was not complete abstinence, or chastity. Apparently, Buddhists were critical of those who claimed to be chaste and still consented to other carnal desires, such as massages and baths from women, because, “they derive pleasure from it, they enjoy and desire it…[T]heir chastity is torn, distorted, stained and blemished…They cannot escape from dukkha [life’s unsatisfactoriness] because they are fettered by sexuality” (Numrich 67; 2009). Thus chastity is not solely about the physical, but also the emotions and experiences involved. Intimacy includes emotions, and within Buddhism sexuality cannot be seen without these intimacies. Yet, this dimension is not all encompassing.

The social, and institutional dimensions may seem obvious in nature; however, there are certain subtleties with their relationship to sexuality and religion, which could go unnoticed. The reason why this dimension could be a subtlety would be due to that, “sometimes the social aspect of a worldview is simply identical with society itself, as in small-scale groups such as tribes” (Smart 20; 1998). Take for example Scott Siraj al-Haqq Kugle’s article “Homosexuality in Islam.” Kugle states:

We Muslims boast that Islam is a religion in accord with the needs of human nature (islam din al-fitra), but too often we use our religion as a shield to deflect the existential challenge to look squarely at human nature in all its complexities, with intellectual clarity, faithful resolve, and humane compassion. (Kugle 270; 2010)

Kugle’s description paints the picture of how Islam’s traditions became engrained in societal norms. In his words, Islam uses its religion to shield itself, and place norms into its everyday life. The moral affects the legal, which in return, becomes the agent of socialization and institutionalization within humanity. Moreover, there is another dimension that complicates the social and institutional aspect of religion.

The material dimension of religion is the cultural production of goods: what one buys and uses to represent their religious beliefs. As Smart states, it is, “…the material expressions of religion are more often elaborate, moving, and highly important for believers in their approach to the divine,” and takes form in, “…buildings, works of art, and other creations” (Smart 21; 1998). An example of this can be seen in Gail Hawkes article “Guilty Sex, Courtly Love, and the Unruly Body: Medieval Themes and Practices.” Hawkes speaks about the idea of sexual stories and little fables, which are called fabliaux. As stated by Hawkes, “the fabliaux celebrated the most boisterously physical and crude expressions of desire” (Hawkes 75; 2004). Furthermore, “the fabliaux offered vivid pictures of ‘lusty monks, eager lovers, frequent adultery, and a marked disinterest in the legal or moral implications of their acts…’” (Hawkes 75; 2004). The fabliaux demonstrates how stories, and pictures depict sexuality in a religious context. It was material that challenged the Church’s oppressed view of sexuality and afforded an avenue for the people to view other, alternative, acts of desire.

These three other dimensions have provided a great overview of the other ways religion affects sexuality. Instead of incessantly focusing on the ethical and legal dimension, researchers must investigate the other dimensions of religion that impact sexuality. The dimensions outlined by Smart are only the impetus for research on other aspects of sexuality in religion. As researchers interested in the field of sexuality, we must further push ourselves to question what governs thoughts about sexuality in religion.