On the Streets: Spaces of Opportunity and Marginalization 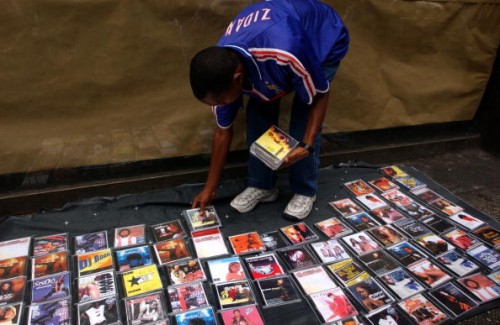 On my weekly trip to the grocery store, the traffic seems heavier than usual; perhaps the nice weather has coaxed people from their homes or out of work. It is surprisingly warm today with a high reported to reach the 70s. Taking advantage, my car windows are rolled down, sunglasses are on, and it seems that Bruno Mars has gripped popular radio channels. While stopped at a red light (about a dozen cars back), I notice a group of about eight cars parked on the right side corner of the upcoming intersection.

This intersection is rather bleak and run-down. The building on the lot is abandoned; it seems to have been a major fueling station, but now, all that remains is the building’s structure and gas lines protruding from the ground. It resembles a quilt with different shades of white – some patches are more faded, some soiled from the dirt of the lot, and some brightly white. Having driven by this lot a few times in the past, graffiti artists oftentimes ‘tag’ and ‘piece’ this building for recognition but their artwork is quickly covered by a fresh coat of white paint.

As the light turns green, I find myself looking toward the gathering instead of the road. Three cars have been parked so that their trunk opens toward the road. From a distance I can see NFL jerseys, shoe boxes, clothing accessories, and a set of 22s (rims/wheals). Looking for a Bears jersey for the upcoming season, I pull in. Packed in the trunk of a ‘murdered out’ Dodge Charger, I notice “NFL Authentic” jerseys being sold for $40 instead of the sport store’s $120. Also, there are new air force ones, hand bags, new car parts, and even fresh sea catches being sold for a fraction of what major stores charge. During the roughly five to ten minutes on the lot, the three different ‘retailers’ had cycled through nine ‘customers’ making approximately $340. It seems that the deal was always on the turn; that the street-level sale had garnered attention from both ‘entrepreneurs’ and prospective ‘consumers’.

The anecdote above, while only a single instance, can be seen in other forms around the nation given the current economic conditions. Forming a gauntlet on city sidewalks are men and women selling roses made of paper, bootleggers selling ‘foakleys’ (fake Oakleys), and strapped individuals turning trashed paint cans and tin canisters into extravagant drum-sets. They find discards and transform them into means and tools for survival. Oftentimes, these individuals – if able to skirt law enforcement efforts – alter spaces of marginalization into their own commercial site. The posh city corner that shuns marginal existence becomes a main outlet for those trying to make ends meet. Here, the homeless man collecting trash, paint canisters, scrapped metal awnings, and wooden dowels during the day becomes a drummer – a show artist by night.

Perhaps it is time to rethink and understand the cultural dynamics of the street level market – to pursue the task Duneier or Venkatesh once took in their work ‘Sidewalks’ or ‘Off the Books’ (respectively). Given contemporary conditions, individuals ushered out of the formal market may be taking to places of abandonment and opportunity. Here, space itself can be interpreted as offering a dualism. Spaces and cityscapes which marginalize economic immobility may be offering a major outlet for survival and growth.

While the street, block, and intersection may present opportunity for those looking to ‘better’ their conditions, these are also spaces of intense scrutiny.  In efforts to maintain a certain aesthetic and a sense of safety, those taking to the street find themselves under constant examination and surveillance – perhaps even being forced to take their dealings somewhere else. Once turned out by declines in the economy, they may also undergo further marginalization as a result of their taking to the street.