No Ma'am, This Is Not New York City 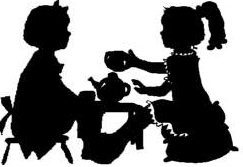 As teachers of sociology, we are constantly reminding our students of the ways in which culture and social structures shape our everyday behaviors.  We stress this point as it emerges throughout traditional theoretical frames and empirical studies.  The idea that society shapes our behaviors is a basic Introduction of Sociology concept.  However, it still catches me off guard when I realize how it works in my own daily life.

I recently took a trip to Georgia.  The flight from New York City to Savannah was less than two hours but in that short time I felt as if I had traveled into a new dimension.  Within ten minutes of landing, I witnessed a man in his early twenties offer to carry an elderly woman’s suitcase for her across the airport.  As shocked as I was by the young man’s offer, I was even more surprised when the woman agreed to hand over her luggage to a complete stranger.

I spent five days in a place where people said “pardon me” instead of “excuse you.”  I observed cars patiently wait for pedestrians to cross the street even when there was a “do not walk” sign.  Around day three, something strange happened to me; I started to say, “Pardon me” when another person bumped into me.  I started holding the door for the person behind me.  I let the stressed out mother of two toddlers order before me in the coffee shop.  I somehow fell into this need to be as polite as everyone around me.  All those etiquette lessons they gave us in elementary school came back to me.  By day four, I could have matched Emily Post.  My grandmother and great aunt would have been so pleased.

My flight home was delayed, which was not a cause for stress.  There was nothing I could do about it anyhow.  There was nothing the woman working at the ticket desk could do either.  I got a book and a coffee.  I knew that at some point I would be home.  The world would not come to a jarring halt because I arrived at 7pm instead of 2pm.

Somehow I managed to sleep a little on the plane and when I opened my eyes I was back in New York.  The landing was a little bumpy.  The man sitting next to me was clearly in a hurry.  He jabbed me in the side as he tried to collect his belongs.  I glared at him passive aggressively but he did not seem to notice.  He was too busy trying to be the first one in the isle, as if that would make his exit from the plane any quicker.   When I inquired about the location of my luggage, the employee just sighed and told me it would be on “one of those carousels.”  Eventually, I found it and made it to the air train.  Some tourists were standing in front of the door of the train trying to read the map inside.  I said, “Just get in.  It goes back and forth.”  They did not move.  The train door was trying to shut.  I got a little more aggressive.  “Get in or move out of the way,” I snapped.  The tourists still did not budge.  The door tried to shut again.  “Get on the f**king train,” I practically shouted.  I was back in New York.  It took me less than 15 minutes to forget how much I enjoyed southern hospitality.

These are the kinds of antidotes I like to share with undergraduate students because I know they can relate.  Stories like this illustrate the ways in which the sociological perspectives we stress in lectures do play out in daily life.  My students have told me that although they enjoy reading about how social structures influence the lives of gang members, incarcerated women, and opera fanatics, it is these little antidotes and stories of daily life that make them aware of how we are shaped by our cultural values and social environment.

I felt a little guilty when I got home from the airport.  I was embarrassed at how quickly I could switch from a woman with a sense of decorum to a woman of little patience.  I realized that while good manners are highly valued in Savannah, they are easily trumped by velocity in New York.  What I experienced was actually quite normal.  I fell into the social structure trap.  However, I am lucky that I have been exposed to the sociological perspective.  I was able to see a larger picture.  That is why our discipline is so important.  For when we see how social structures impact us we can begin to make changes in our behaviors and in some cases even change the social structures that influence our behaviors, norms, and values.