The Color of Evil: How American Media Racializes Villains

The History Channel’s miniseries, The Bible, has been lauded by some and scrutinized by others. Recently, some have raised questions about the show’s portrayal of the Satan, specifically the striking resemblance between the character and President Barack Obama (you can read a commentary at the HuffPost). The show’s producers have called the claims “utter nonsense” and insisted that actor Mohamen Mehdi Ouazanni’s long record working on religious film sets made him an obvious choice for the role.

I’m no mind-reader and won’t speculate whether the producers intended any connection between Pres. Obama and the devil. I’ve raised this little controversy for another purpose, to demonstrate a long-standing film tradition of racializing villains. From spy flicks and action blockbusters to children’s animated movies and faith-based media, evil is often embodied by dark-skinned characters. Think about it—who are the bad guys in James Bond movies? What stands out about the animated character, Jafar, in Disney’s Aladdin? And what can we say about the Devil in the History Channel’s The Bible, especially compared to the heroic characters? They are all highly racialized depictions of racial/ethnic Others. They draw on nasty stereotypes designed to make us fearful. They are shown as morally corrupt and physically unattractive. Jafar, for example, conforms to ethnic stereotypes much more than Aladdin or Jasmine, both of whom could easily pass (in white westerners’ imaginations) as well-tanned Americans if not for their desert setting. 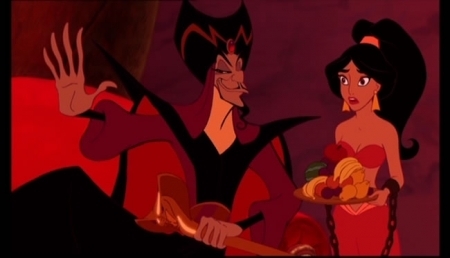 Edward Said famously wrote about this representational tactic in his book Orientalism (you can watch a documentary about Orientalism, featuring Said, called On Orientalism, on YouTube). Said explains that Orientalism is a patterned way of representing Arabs and Muslims as a unified cultural group (despite the fact that the terms aren’t synonymous, that Muslims live in many places outside the Arab world, and that “Arab” is used to describe individuals from many different backgrounds), less civilized than white Europeans or Americans, and capable of terrible things; in other words, Orientalism is a discourse that presents Arabs/Muslims as a dangerous threat. Not limited to specific media, Orientalism surrounds us and, from an early age, inculcates us with a particular way of understanding the Arab world. It gives us a specific language that governs how we conceive of Arab people and naturalizes our stereotypes. The Arab is a terrorist; the Arab is patriarchal—these terrible generalizations make sense and seem real in an Orientalist framework. 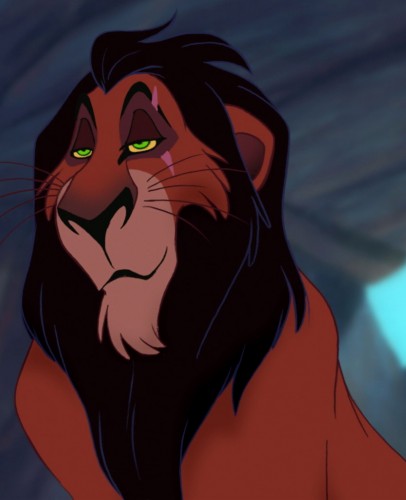 We need not limit ourselves to thinking just about the Arab/Muslim in the Western imaginary. Similar respresentational tropes govern depictions of blacks and Africans as well, though they have a different history (still rooted in imperialism, but also, in the U.S., a history of slavery and ongoing racial inequality structured around a black-white dichotomy). In a fascinating article, Carmen Lugo-Lugo and Mary Bloodsworth-Lugo (2008) demonstrate how racialization (and heteronormativity) functions even in animated films. Understanding that the animals in these films function anthropomorphically to teach children about the world around them, the authors argue that racialized characters reinforce the racial stereotypes that children are beginning to learn. For example, in the film Shark Tale, “Children learn that our culture is strictly raced and racialized, since even fish can be Black or White” (Lugo-Lugo and Bloodsworth-Lugo, 2008: 5). The black fish look different, live in segregated parts of the reef, and are recognizable through racialized markers like voice/accent, mannerisms, and jewelry (5). Reading the article, I thought back to one of my favorite animated films growing up—The Lion King. In this film, Scar is our racialized villain (along with his pack of hyenas). The most obvious racial marker is his darkened mane which stands in stark contrast to the lighter locks of Mustafa and adult Simba. We learn very early that darkness is not to be trusted, it is evil, murderous, and must be conquered (by civilized, benevolent, blondish lions, of course).  While it might seem silly to focus on movies when racism functions in so many other parts of our lives, media is of vital importance. The power to tell stories about Others, Said would remind us, is not an innocent power—it is the foundation of colonialism and racism everywhere that these emerge, it is the basis for political and economic domination. The stories we tell have both symbolic and material consequences. But the power of our stories can also be transformative in other ways—imagine if we told different stories, or allowed Others to tell their stories. What kind of world might we imagine, and thereby create?