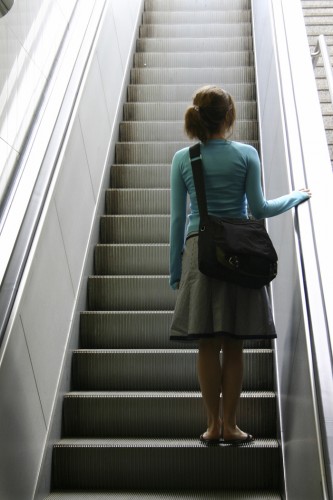 As discussed in neoliberalism and its consequences, there appears to be a link between neoliberalism, individualism, and violence. In reference to the association between neoliberalism and individualism, consider neoliberalism’s insistence that we do not need society since we are all solely responsible for our personal well-being (Peters 2001; Brown 2003). From a criminological standpoint, it is not hard to understand how this focus on the individual can lead to violence. According to Hirschi’s (1969) social control theory, for instance, broken or weak social bonds free a person to engage in deviancy. Since, according to this theory, individuals are naturally self-interested, they can use the opportunity of individualization to overcome the restraining powers of society. Bearing in mind neoliberalism’s tendency to value the individual over society, it could be argued that this ideology is hazardous as it acts to tear apart important social bonds and to thereby contribute to the occurrence of ego-driven crimes, including violent interpersonal crimes. Such a thought suggests that as neoliberalism becomes more prominent in a country, it can be expected that individualism and, as a result, interpersonal violence within that country will increase.

When it comes to individualization, this idea is one of the fundamental aspects of neoliberalism. In fact, Bauman (2000:34) argues that in neoliberal states “individualization is a fate, not a choice.” As Amable (2011) explains, neoliberals have realized that in order for their ideology to be successful, a state’s populace must internalize the belief that individuals are only to be rewarded based on their personal effort.  With such an ego-driven focus, Scharff (2011) explains that the process of individualization engenders a climate where structural inequalities are converted into individual problems. That is, neoliberalism surmises that anyone can overcome obstacles if only they work hard enough. Similarly, Brown (2003) describes how neoliberal policies place a moral component on success. By insisting that only the immoral fail to achieve success, this concept permits and even encourages a society to blame the poor for their suffering (Passas 2000). And, because people are responsible for their own fate as individuals, neoliberalism further entails that a state should not interfere with this process since doing so would be counterintuitive to the basic premise that only merit should determine success (Amable 2011). As Thatcher once said about the role of the state, “There is no such thing as society. There are individual men and women, and there are families…there’s no such thing as entitlement” (Keay 1987:8-10).

As a result of this focus on the individual and the dismissal of society, neoliberalism runs the risk of increasing criminality. By discharging society and by highlighting the relationship between individual success and morality, neoliberal states are in danger of losing the beneficial aspects of social control (Horsley 2010). Without proper amounts of social control, Hirschi (1969) has argued, individuals are more likely to act on their self-interest and to behave in a criminal manner. Considering that neoliberalism insists on individualization and self-interest, it makes since that those living under neoliberal regimes may have fewer reasons not to act criminally. As Engels wrote during the early days of capitalism, this market-based philosophy threatens to create people who care for nothing but self-interest and advancement (Lea 1996). This mindset, he continued, would result in many people settling interpersonal differences with violence. In this sense, then, neoliberalism can be seen as indirectly contributing to interpersonal violence by acting through the neoliberal process of individualization.

In an attempt to more clearly examine the interconnections between neoliberalism, individualism, and interpersonal violence, consider the case of France. Although this country has been more hesitant about adopting neoliberalism than other Western states, the policies of this ideology have been creeping in since the mid-1980s. Bourdieu (1992) claims that ever since the arrival of neoliberalism, France has become less concerned with the social welfare of its citizens and it has become more concerned with economic matters. It is likely that this slow shift away from the welfare state has had an impact on the French people. Hofstede (2001) found, for instance, that France scores relatively high on the individualistic index compared to other nations. This means that the French are generally more concerned with themselves and with their direct families than they are with belonging to a collective group. And, since the enactment of neoliberal policies, the violent crime rate in France has amplified. Fougère, Kramarz, and Pouget (2009) note, for example, that violent crime increased dramatically in that country from 1990-2000. Considering Hirschi’s focus on the importance of social control on deterring crime, it seems quite possible that the introduction of pro-individualistic neoliberal policies may have contributed to France’s growing violent crime problem. 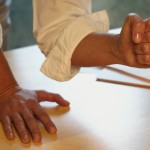 As is evidenced by the French example, there may very well be a link between neoliberalism, individualism, and interpersonal violence. By focusing so strongly on the individual and by disregarding the importance of community (Peters 2001; Brown 2003), neoliberalism increases the importance of individuality while decreasing the importance of society (Amable 2011). This obsession with the individual, research indicates, can result in a loss of social control and, as a result, a potential for violence (Hirschi 1969). In support of this contention, Horsley (2010:20) writes that “neo-liberalism may not directly cause criminality and violence…but its consequences certainly create the circumstances in which crime rates are more likely to rise.” Undoubtedly, in addition to individualism, one of the primary consequences of neoliberalism is inequality. The interaction between inequality and individualization suggests that the non-elite may feel aggressive and frustrated with their social position and may experience too little social control to contain these feelings. With many of the social bonds that had previously discouraged violence gone, alienated individuals may be more apt to respond to stress with violence.

Bourdieu, Pierre. 1992. “The Left Hand and the Right Hand of the State.” Pp. 86-93 in Acts of Resistance: Against the Tyranny of the Market, edited by G. Sapiro. New York: The New Press.

Horsley, Mark. 2010. “Capitalism and Crime: The Criminogenic Potential of the Free Market.” Internet Journal of Criminology.