Growing Old on the Inside: America’s Aging Prison Population 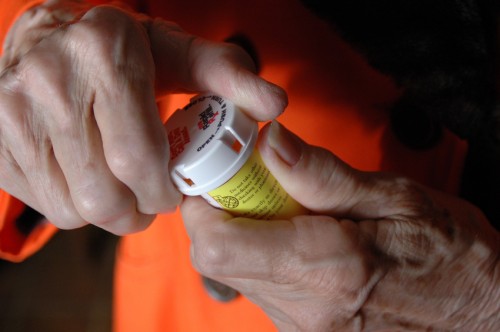 A one-time mogul of cable television, John Rigas found himself sentenced to 12 years in federal prison following his convictions for bank fraud and securities fraud. His company, Adelphia Communications Corporation, had been the fifth largest cable company in the U.S. before it filed for bankruptcy in 2002 following allegations of internal corruption. The collapse of Adelphia and the subsequent conviction of its founder represented a monumental fall from grace. Rigas had started Adelphia in 1952 while he was still in his late twenties. At his sentencing in 2005, Rigas was 80-years-old. Leaving behind his previous life of luxury, Rigas was about to become an octogenarian living behind bars.

While Rigas’ case certainly garnered much media attention, his story is illustrative of more than just greed and dishonesty in corporate America. His story also helps to highlight the problems associated with the aging prison population in the U.S. As a recent Human Rights Watch report highlighted, aging inmates are now the fastest growing subset of the prison population in the United States. From 2007 to 2010, the number of prisoners aged 65 and older increased 94 times faster than the rest of the prison population. Furthermore, whereas the number of state and federal prisoners almost tripled from 1982 to 2006, the number of inmates aged 55 and older more than quadrupled (Williams, Sudore, and Greifinger, and Morrison 2011).

Because of the aging of America’s prison population, prison officials are finding it increasingly challenging to provide adequate housing and medical needs. Health care costs are becoming especially worrisome. Williams et al. (2011) found, for instance, that the costs of imprisoning the approximately 80,000 inmates aged 55 and older in the U.S. is nearly three times as much as it is to imprison younger inmates. Much of this difference, the researchers noted, is related to health care expenditures. Part of these expenses can be blamed on the fact that prisoners are generally in poorer health than their counterparts in the free world. As an illustration, Binswanger, Krueger, and Steiner (2009) found that even after controlling for important sociodemographic variables and alcohol consumption inmates were more likely to suffer from chronic medical conditions than those in the general population. Such findings thus suggest that older inmates can oftentimes be expected to experience chronic, disabling, and terminal conditions sooner than other members of their age cohort.

Unfortunately, the problems associated with caring for an aging prison population are not likely to be allayed any time soon. As the Human Rights Watch report notes, “tough on crime” policies including lengthy mandatory minimum sentences and reduced opportunities for parole mean that many older prisoners will remain locked up even after they become too old and too infirmed to threaten public safety. In response, the report suggests that the U.S. needs to alter its policies so as to reduce the number of older inmates who do not threaten public safety, develop realistic plans for the housing needs, medical needs, and programming needs of older prisoners, and modify prison rules so as to mitigate unnecessary hardships on older inmates. 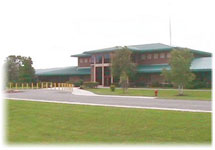 As for Rigas, he remains in prison as he approaches his 90th birthday. Although he has served over half of his sentence, it seems somewhat unlikely that he will live long enough to fully complete his prison term. His prospects seem particularly dim considering that he has already battled cancer and had triple-bypass heart surgery. But, beyond Rigas’ story vividly demonstrating the dangers of law breaking, what else can be learned from his mistakes? For one, his downfall seems to emphasize the need for the U.S. to find ways to divert older people from the prison system when possible and to better accommodate those older people who are incarcerated. While coming up with better policies for older offenders should lead to more humane living conditions and (hopefully) financial savings for prisons, such policies will also involve considerable debate and decision making. So, considering these issues, what suggestions do you have for dealing with the graying of America’s prisons? What do you think?

Binswanger, Ingrid A., Krueger Patrick M., John F. Steiner. 2009. “Prevalence of Chronic Medical Conditions among Jail and Prison Inmates in the USA Compared with the General Population.” Journal of Epidemiology and Community Health 63(11):912-919.