The Push and Pull of Multiculturalism in Western States 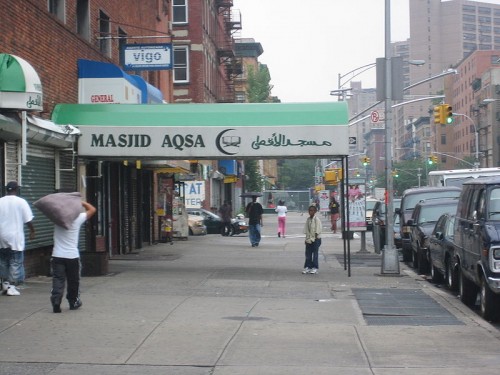 Saturday, February 5th, British Prime Minister David Cameron spoke at a security conference in Munich. In light of the growing evidence that the United Kingdom has become a “safe haven” for Islamic militants, Mr. Cameron’s remarks strongly criticized Britain’s multicultural approach to the nation’s immigrants. The policy, initiated in the 1960s, recognizes the right of all people in Britain to live by their own traditional values. Many argue that this strategy is responsible for the fractured sense of British identity and lack of social cohesion 50 years on.

While Mr. Cameron is not the first leader to decry European “multiculturalism” – Chancellor Angela Merkel of Germany and President Nicolas Sarkozy of France have both weighed in on the potential dangers- he went so far as to encourage governments to practice less tolerance. Britain’s new leader argued that this “hands-off tolerance” had encouraged Muslims and other immigrants to cut themselves off from the mainstream, creating segregated communities in which extremism can thrive.

The British Prime Minister went on to call for an end to what he perceives to be a dangerous double standard, stating “We have even tolerated these segregated communities behaving in ways that run counter to our values. So when a white person holds objectionable views- racism, for example- we rightly condemn them. But when equally unacceptable views or practices have come from someone who isn’t white, we’ve been too cautious, frankly even fearful, to stand up to them.”

While the Mr. Cameron’s analysis may seem simplistic, it touches upon key spaces of analysis of race, immigration, identity, inequality, and the way that the last 10 years have introduced Islam as a particular factor. In the March 2011 issue of The Sociological Forum, Sociologists, Katja M. Guenther, Sadie Pendaz, and Fortunata Songora Makene explored many of these same themes in their article “The Impact of Intersecting Dimensions of Inequality and Identity on the Racial Status of Eastern African Immigrants.” While the research of Guenther, Pendaz, and Makene focuses primarily on east African immigrants in the American mid-west, many of the theses that the authors operate on serve as interesting lenses for the European multiculturalism debate.

In an effort to explore the retention of national identity of east African immigrants, the authors begin by examining the shifting contours of the “black/white color line” as American society moves into the 21st century. They posit a racial hierarchy that is echoed in Prime Minister Cameron’s comments. This hierarchy stipulates that because of ingrained racial attitudes and historical oppression, to be considered “white” in America is to be on top of the social hierarchy while to be considered “black” is the lowest point on the scale.

We hear this attitude when Mr. Cameron states that if Muslim immigrants were a part of white society they would not turn to extremism and violence. White exceptionalism is intrinsic to his argument. However, the article points out that with the influx of a variety of ethnic groups into the United States racial identity is still largely viewed in terms of white versus other. Furthermore, rather than being fixed, groups are able to travel along this spectrum depending upon their ability to legitimate themselves in American society.

The bulk of Guenther, Pendaz, and Makene’s analysis focuses on how recent immigrants encounter this social divide and how they react to it by retaining the ethnic identity of their home country rather than attempting to assimilate. It is noted that in east Africa, individuals are more accustomed to a social hierarchy based upon ethnic or class systems that de-emphasize race. Therefore, entering a society that places a great deal of importance on race becomes a key factor in assimilation. It is not difficult for immigrants to assess that they will, in many contexts, be treated more favorably if they can distinguish themselves from black Americans.

The authors find that, “racially black immigrants from eastern Africa believe they can negotiate this line through social distancing from blacks…Eastern African immigrants are engaged in a project of further refinement in creating a color line that reflects an ethnically based African-American ⁄ non-African-American divide in which nonnative blacks experience some social blanching in terms of their position within the racial hierarchy and strive to access privileges associated with whiteness even as they reject dominant white culture.” In order to accomplish this distancing eastern Africans emphasize their ethnic differences from black Americans that have lived in the country for generations. Those who practice Islam use their religion as one tool of differentiation in the face of negative attitudes toward Muslims- which says something rather significant about the continued state of racial inequality in the U.S.

While racial tensions in the United States and the United Kingdom look and operate differently, the study draws attention to an important point which Prime Minister Cameron also touched upon. In his speech on Saturday Mr. Cameron said, “We have failed to provide a vision of society to which they [immigrants] feel they want to belong.” The point is valid and echoed in the work of Guenther, Pendaz, and Makene but does not entirely support the Prime Ministers recommendation of an end of tolerance. It seems more likely that an honest reflection on race, class, ethnicity, and religion in our societies in the hope that we might discover a way to move forward together would be a more effective approach to encouraging assimilation than the “muscular liberalism” that Mr. Cameron has called for.

Read, “The Impact of Intersecting Dimensions of Inequality and Identity on the Racial Status of Eastern African Immigrants” in The Sociological Forum