Colorblind Racial Bias and the Courts 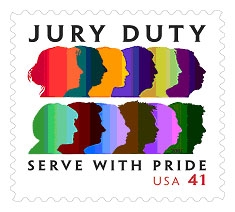 After a New Jersey Supreme Court ruling, jurors in the state of New Jersey will now be asked to consider problems regarding the reliability of eyewitness identifications.  The new court-mandated jury instructions warn jurors, among other things, that, “research has shown that people may have greater difficulty in accurately identifying members of a different race.”  Judges must now ask jurors to “consider whether the fact that the witness and the defendant are not of the same race may have influenced the accuracy of the witness’s identification.”  The acknowledgement of race and racial bias in criminal proceedings may have effects beyond the role of witness testimony.

When a judge asks a jury to consider the unconscious racial biases of witnesses, s/he may, in effect, encourage jury members to not only examine the reliability of eyewitness testimony but also examine their own biases.  When people consider how race affects their evaluations of information, they create an opportunity to challenge racial biases.

To understand how bringing up race can reduce racial bias we first must understand that race-free or “colorblind” decision-making is not the default position for most Americans.  At the same time, neither is knee-jerk overt racism.  As Martin Gilens (1999) found, racial bias is often unintentional.  In other words, bias is the result of failing to consider how race influences our thinking, rather than conscious thinking about race.  Likewise, a more recent study found that doctors gave hypothetical patients different treatments when the researchers varied the race of the patient.  The doctors went with less aggressive treatment for blacks and more aggressive treatment for whites.  However, for the minority of doctors who guessed that the experiment was about racial bias there was no difference.  As a New York Times piece about the study noted, “Once they [the doctors] paused to consider whether race was an issue, race was no longer an issue.”

For many Americans, especially those who adhere to colorblind ideologies, “bringing race into it” does not seem like a reliable route toward racial justice.  This view results from a misunderstanding of how racial bias and stereotypes function.  Stereotypes, as researchers like Devah Pager (2005) have noted, exhibit much of their power indirectly by coloring the evaluation of ambiguous information.  Conversely, most Americans believe that people are either consciously thinking about race or evaluating without regard to race.

In a courtroom, a black criminal defendant will cue negative stereotypes.  As another recent study shows, whites, who make up the majority of jurors, exhibit more punitive attitudes toward juvenile offenders when those juveniles are black rather than white. 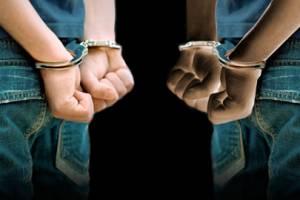 Whites are more punitive when they believe a juvenile offender is black. Whites without self-reported racial animus or bias were affected by race as much as those with bias.

Despite studies like this many Americans refuse to believe that race influences their thinking because for many to make such an admission opens them up to accusations of racism.

Ideally, a criminal trial would not cue up any stereotypes and jurors would reach a verdict based purely on the evidence, but that is not the world in which we live.  Pretending that we live in such a world will not make it so.  The NJ Supreme Court ruling, and others like it, could help diminish the effect of the racial stereotypes that pervade American society.  However, for racial bias to decrease jurors need to accept that racial bias does not only exist at the level of conscious decision-making.  Indeed, our society needs to accept both that implicit bias exists and that such bias is not natural and hence open to challenge.

Rattan et al. – Race and the Fragility of the Legal Distinction between Juveniles and Adults