The Ghost of Christmas Pressed for Time 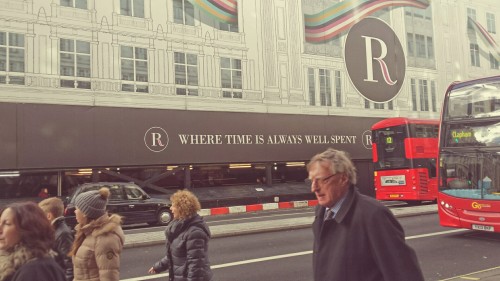 In Payback, her reaction to the debt-fuelled financial crisis of 2007-08, Margaret Atwood rewrites Dickens’ Christmas Carol for the present day. She invites us to join ‘Scrooge Nouveau’ in his Tuscan villa, as he is visited by the Spirit of Earth Day Future. Scrooge Nouveau is confronted by two possible futures – one of ecological harmony and regular debt jubilees, the other unfolding in a lifeless desert where he sees himself fighting with other hungry survivors over the corpse of a house cat. Our modern-day miser finds himself doing desperate back-of-the-envelope calculations: should he invest in alternative energy and desalination plants, and so make a killing if the good future materializes, or corner the tinned food market and build himself a bunker in preparation for the bad? Atwood’s re-telling works as a neat parable of what Michael Hudson and Max Haiven take the contemporary financial services sector to be: a ‘pathologically self-obsessed form of economic planning.’ The financialization and securitization of our very life-cycle is reflected, as Jane Guyer observes, in the sector’s core products – its ‘student loans, 30-year mortgages, health insurance, and so on.’ The Christmas and New Year mediascape is likewise shot through with a pre-emptive financial futuricity. Flipping through British broadsheets this week will reveal festive ‘share tips for 2015‘ from the ‘best stock-pickers’ around. Monocle – essential reading for the transnational flâneur on the fly – has the ‘Forecast’ edition out too. In its pages we are introduced to the future of defense innovation, wearable medical technology, and even the science fiction scene – alongside the ‘politicians and entrepreneurs worth inviting out for a drink.’

Monocle’s anticipatory look at fashion and technology reflects an eminently financial temporality. It was, after all, the Wall Street fortune tellers of the early twentieth century who made the figure of the forecaster a recognizable and respectable one. There is, though, another way of experiencing time that may be foregrounded at this time of year. This is the liquid temporality of digital connectedness. As much as digital communications technology can help people with transnational families (such as myself) keep in contact over the holidays, any relief occasioned by a little time off work may be due, for some, to the prospect of a few days free of 24-hour digital availability. (More than one of my Facebook friends has announced a ‘social media diet’ and their impending online disappearance over the next couple of weeks.) Digital communication technologies promised initially to eliminate the friction caused by geographical distance. They were supposed to speed up unnecessarily clunky technological processes and free us up for the 15-hour work week dreamt of by Keynes in the 1930s. Instead, it seems, they have tethered us, lumbered us with ever more digital work (and even ushered some of us into membership of the harried leisure class). This so-called ‘time-pressure paradox’ is the subject of LSE sociologist Judy Wajcman’s new book, Pressed for Time.

Wajcman has little time for grand narratives about temporal ruptures and the sudden speeding up of life due to digital technologies. Firstly, Wajcman cautions, claims that we live in a uniquely fast and liquid world are nothing new and should never be taken at face value. Indeed, it was the time-space compression afforded by the telegraph that first allowed ‘world prices’ for commodities to emerge in the nineteenth century. The telegraph sped life up sufficiently to allow futures trading to replace geographical arbitrage as the foundation of finance, and Wajcman goes so far as to say that ‘the telegraph invented the future.’

Wajcman also questions the very notion that we are ‘objectively’ pressed for time in the first place, citing time-budget studies that suggest working hours in the USA have been constant or even falling since the mid-twentieth century. How then to deal with an apparent ‘shared experience of temporal impoverishment?’ And what have ICTs to do with it? Well, Wajcman argues, drawing on Stephen Barley, forms of digital mediation that appear to compress space and time – such as email – can be understood as ‘cultural symbol[s] of overload as much or more than source[s] of time pressure at work.’ In other words, digital communication technologies provide an idiom through which to express our concerns about increasing time pressure as much as or more than they cause it.

Instead of getting bogged down in a debate about the relative attention that sociologists might give to the subjective experience of time pressure as opposed to ‘objectively measured’ time-use studies, Wajcman focuses on the coordination of multiple temporal regimes: the contemporary experience of time pressure in large part seems to reflect the ‘difficulty of arranging shared time with family and friends in a desynchronized society.’ (Doubtless this is not an alien notion for many readers at this time of year!)

While Wajcman is attentive to the gender dimensions of temporal inequality, her focus is largely on the experiences of ‘knowledge workers’ and the globetrotting managerial elite. Her own ethnographic work was carried out within an Australian telecomms firm, and suggests that knowledge workers are ‘exerting control over their media-saturated environment and, indeed, taking advantage of ICTs to manage their availability.’ Meanwhile, sociologist Dan Woodman’s work on the Life Patterns Project highlights the extent to which young Australians ‘experience “precarious” rather than “flexible” forms of work organisation.’ And indeed, ‘mobile and digital communication technology have only limited utility for managing lack of autonomy over varying temporal schedules.’ Woodman goes on to argue that ‘collective control over time comes to function in a new way as a resource in the interactive process by which social inequality emerges and is reproduced.’

But perhaps the most exciting and important contribution that Wajcman makes in Pressed for Time is her critique of the ‘Silicon Valley’ approach to technological innovation. Running through the book is a forceful argument against the existence of ‘technology as such,’ independent of social shaping in either design or use. Consequently, Wajcman is unconvinced by claims that some kind of ‘Digital Diet’ can restore our temporal autonomy. Equally, the Techno-Future promised by HERB the Robot Butler or the New Digital Age heralded by Google’s Schmidt and Cohen is shown to be misguided. Associating efficiency with progress implies that a lack of speed is the biggest barrier to temporal autonomy, when in fact social desynchronization – something far less amenable to engineering fixes – may be of much greater significance. But that is not all. Of Schmidt and Cohen’s New Digital Age, Wajcman writes: ‘Such depictions of the “proximate future” are far from innocent, they are being mobilized as a resource to influence the direction of socio-technical innovation in the present.’

So hype, trend-spotting, and forecasts of all kinds participate in what Marieke de Goede terms ‘the magical storytelling of investment opportunities…[that] performatively constitutes “real” economic performance, in the form of measured international capital flows, investments, stock prices, etc.’ Now there’s a thought worth mulling over.

A number of recent articles from Sociology Compass have engaged with work, temporal autonomy and technological connectedness, including:

Chesley, Noelle and Johnson, Britta E. 2014. Information and communication technology use and social connectedness over the life course. Sociology Compass, 8 (6): 589-602.