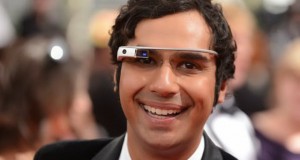 I don’t want to stereotype computer scientists. I still cringe when I remember clumsily insulting a room of (mainly) computer scientists at a conference by showing the wallet inspector scene from The Simpsons. There are, however, some computer scientist communities who give all computer scientists a bad name. Witness, for example, the infamous kick-starter project to give a food substitute called Soylent to poor people (which for non-sci-fi fans took its name from the dystopian film called Soylent Green within which people are recycled into the eponymous food substitute and fed to the masses). Less crass, but arguably just as clueless is Google’s inability to recognise its Google Glasses are not cool and that some people would be upset if Google Glass wearers were, like mobile CCTV units, recording our movements and quirks. Equally, researches at Facebook seemingly lacked the necessary empathy to predict the notorious manipulation of user’s emotions experiment would cause widespread disquiet.

Against this background Computer Science is now compulsory in local authority controlled state schools in England and Wales for children aged 5 onwards. The programme of study states; “A high-quality computing education equips pupils to use computational thinking and creativity to understand and change the world.”

To many observers, including me, the campaign to getting coding on the national curriculum was quickly expedited. Many other campaigns such as calls to provide a coherent sex-education policy have been frustrated for years. The time between Google’s Eric Schmidt’s declaration that English and Welsh schools were failing in their duty equip children with coding skills to coding becoming compulsory for 5 year olds was a remarkable three years. This is because powerful commercial and political interests have converged to make this happen and, because it is supported by the “legislated reason” (Bauman, 2000) of digital literacy campaigners, coding is sold as a universal and self-reinforcing personal and public ‘good’.  It’s said teaching coding  is particulary benefitial for the economy. This from a business leader in the UK:

“My thesis is that 21st century parents should teach their kids three languages: English, Mandarin and coding. Software is so much a part of our lives to today that this is just a fundamental skill that people need.”

Given the rush towards capturing, processing and analysing digital data, social scientists really need to learn from computer scientists about how these increasingly technical practices are done and with their help social scientists can demystify technology: look inside the black box. Although any computer scientist I know would agree with me that the high profile failures I described above are beyond parody, as well as teaching young people to “change the world” with computing, may be we should argue social science also offers some “fundamental” skills and tech companies should employ more social scientists . That way we would all be more sensitive to what happens when technology encounters social norms and values.