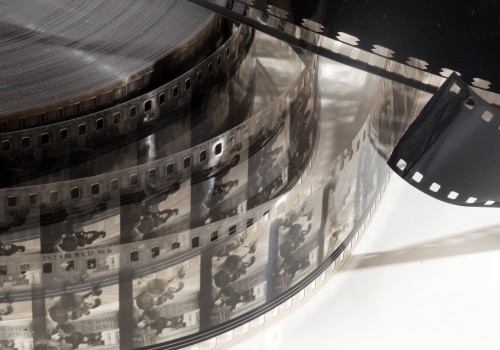 The depiction of crime in fictional mass media occurs differently for people depending on the color of their skin and what this color has come to symbolize in such a complex system of race, ethnicity, and stratification in the United States.

One of the professors of a class I’m in recently stated that “there is an acceptable level of violence that occurs in this country towards minorities,” and specifically African American and Hispanic minorities. As the class was exploring the options regarding this statement and the possible reason why it persists, some things came to mind: the Colorism aspects of institutional discrimination and racism that is not much observed in  public discourse within the United States; the system of meritocracy and “the pull yourself up by your bootstraps” mentality that exists in the United States; and the simple fact that there would be a national outcry constituting a change in policy if  a police officer had mishandled a white teenager the same way in which he mishandled a black teenager in a South Carolina classroom. As my professor said, there is an acceptable level of violence that exists towards racial and ethnic minority groups in America that does not exist for White groups.

Mathew Hughey wrote an article on media depictions of African Americans in various films throughout the 20th and 21st century. He coined the term Cinethetic Racism to refer to a “cinematic synthesis” that occurred as a result of stereotypical media depictions of Blackness combined with the normalization of whiteness (2009). These mass depictions contribute to the dominant status groups’ perpetuation of prescribed stereotypes towards Blacks and other racial and ethnic minority groups. This group expects these aforementioned minority groups to behave the same way as characterizations in mass media and thus encounters with these subordinate racial groups in real life are faced with the expectation that the African American or Hispanic individuals should be feared, or are uneducated, not hard-working, or should be subjected to varying forms of institutional discrimination.

The media depiction of minorities is a very powerful image as the mass media is a major socializer in western civilization. Think about various shows, movies, or even iconic characters that come to mind and compare their fates to those of real African Americans and Hispanics. Think about the national statistics for prison incarceration for Blacks and Hispanics and the mass media portrayal of them as possessing characteristics worthy of incarceration, which become the expected behavior of such groups via members of the dominant group. Or think about the various depictions of white crime that occurs in mass media and the incarceration rate for Whites. Or how hordes of people can dismiss the actions of Walter White, Dexter Morgan, or Nancy Botwin because the depictions of White crime in these shows are the exception to the rule. Why do depictions of White crime in Hollywood serve as the exception and depictions of African American and Hispanic crime serve as the rule? Is it not agreed upon that every society has crime?

If Whites are the majority in the United States then why do people not logically consider that Whites are committing the majority of crimes? Why is it hard to accept that Whites do commit the majority of crimes? And where is the national outcry for the over-imprisonment of African Americans and Hispanics? Institutional discrimination has made it so there is a disproportionate amount of Blacks and Hispanics in the prison system. Think about disparate circumstances such as poverty, and how poverty is concentrated racially due to residential segregation, a structural policy (Massey 1990). Then consider how neighborhoods in extreme poverty are cut off from resources such as hospitals, grocery stores, community centers etc., and how the lack of decent jobs in a given poverty stricken area prevents individuals from escaping such disparate neighborhoods. One might be able to understand the circumstances that would drive a person to turn to a life of crime in order to survive, to feed themselves or their family. Think about how racially segregated (especially Black and Hispanic) neighborhoods are heavily policed and thus over-policed and monitored, resulting in a disproportionate amount of arrests for these minorities. Then when the statistics of these instances are reported, members of the dominant status group use these occurrences as systems of justification for why policy should not be implemented to help members of subordinate status groups.

The status quo persists and America is left with generations of deprivation that continue to exist. My professor’s words come back to mind “an acceptable level of violence.” This violence is acceptable because the system that we live in in America has the power to dissolve such injustices and create opportunity yet this has not happened for America’s minority status groups. Systems of socialization such as mass media contribute a great deal to the maintenance of dominant ideology. Individuals such as academics, public citizens,  and film-makers—whose products will ultimately be consumed by millions—have a responsibility to consider what they are doing to maintain or challenge the hegemonic status quo and what that means for members of subordinate status groups.