Censorship or “focusing on strengths”: the ant-covered Jesus debate at the Smithsonian 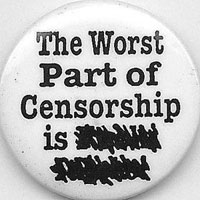 On October 30th, the National Portrait Gallery at the Smithsonian opened an exhibit featuring the art of gay and lesbian artists entitled “Hide/Seek: Difference and Desire in American Portraiture.” Among the works featured was a video short by the late artist David Wojnarowicz, whose work commented on the suffering of AIDS patients. Embedded in the video was an 11-second segment showing a small crucifix covered with ants. In late November, incoming House Speaker John Boehner and the Catholic League President William Donohue decried the piece as “hate speech” and a misappropriation of public funds and threatened to decrease federal Smithsonian funding if the video was not removed from the exhibit. The gallery’s president, Martin Sullivan, promptly removed the video, while stating that although the museum did not want to shy away from the controversial, it wanted to focus the discussion on the “strengths” of the exhibit. (The Washington Post, Dec 1, 2010).

On one hand, one could argue that the political debate sparked by the video distracted from the larger message of the exhibit. From this viewpoint, the Smithsonian’s decision to remove the video protected the rest of the exhibit from political or religious scrutiny. The religious and political controversy sparked by the video arguably detracted from what the artist was trying to convey about suffering, and removing the artwork from the exhibit insured that the video would not be misconstrued as anti-Christian. From this perspective, the Smithsonian’s decision could be seen as protective of the artist and the artwork from being attacked and misunderstood.

Alternatively, the Smithsonian’s decision could be viewed as outright censorship and as bowing to political and financial pressures that are not only inappropriate, but also unnecessary, as this exhibit was largely funded by private, not public, funds (The Washington Post, Dec 1, 2010). Reminiscent of Ray Bradbury’s novel Fahrenheit 451 (1953), in which politicized “firemen” burned books for a living, this viewpoint positions the removal of the artwork as a troubling trend in which cultural productions are dictated by political and religious forces. From this perspective, no censorship is good censorship, and the political debate sparked by the exhibit is productive and part of the artistic process. Proponents of this viewpoint would argue that controversy over art is one of the public goods that art provides; a forum for people to debate values and perspectives.