Personal Attacks on a leading Sociologist: How Should the Sociological Community Respond to the Attacks on Francis Fox Piven? 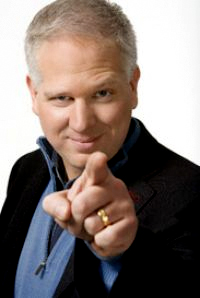 Sociologists have known about the work and viewpoints of Francis Fox Piven throughout her career. She is a leader in the field; she has taught at CUNY’s Graduate Center since 1982, helping begin the careers of numerous sociologists; in 2006/07, Piven was the president of the American Sociological Association, and she has won the ASA’s Lifetime Achievement Award for Political Sociology. She is widely published and respected throughout the field, but her renown outside the field of sociology was scant until recently, when Glenn Beck at Fox News began attacking her for an article she co-wrote with her late husband, Richard Cloward, in 1966. The article was titled “The Weight of the Poor: A Strategy to End Poverty” and advocated increased enrollment in social welfare programs.

The attacks on Piven have been personal, and have even led to death threats (New York Times, January 22, 2011). Requests to the Fox News Network to ask Beck to quiet his rhetoric against Piven, lest they inflame viewers to inflict physical harm on her, have reached deaf ears. The network insists that Beck’s attacks do not incite violence, and that comments on Beck’s website that imply readers intend Piven personal harm are not the responsibility of the network.

There are two issues at play here: first, who should be held responsible for the threatening comments made by Beck and his listeners/readers, and second, what should the response by the sociological community be to the attacks?

Beck himself should clearly be held responsible for his own comments, but the Fox News Network, which ostensibly “owns” everything Beck says on his television program, should also be held responsible. And although individual listeners/readers are responsible for their own comments on his website, Beck should take ownership of these, too, by publically condemning comments that appear on his blog that state an intent to physically harm Piven. The blog is Beck’s intellectual property, and he should take responsibility for everything that is written on it, even if not by him. A simple condemnation of all violence against others would suffice.

In terms of what the sociological community’s responsibility is, the ASA issued a press release on January 24th, calling for Fox News to stop Beck’s attacks against Piven. Other organizations have also spoken out: Credo Action has published a petition asking Roger Ailes, the president of Fox News, to stop Beck’s attacks on Piven (see below). Piven is a human being whose right to live in a safe and non-threatening environment is being impinged upon by Beck and those who write on his blog. The ASA’s press release is only the first step towards showing a united front in support of Piven. Sociologists should write and call Fox News and demand that the network take responsibility for Beck’s words and stop broadcasting editorials that threaten the very life of a respected scholar.