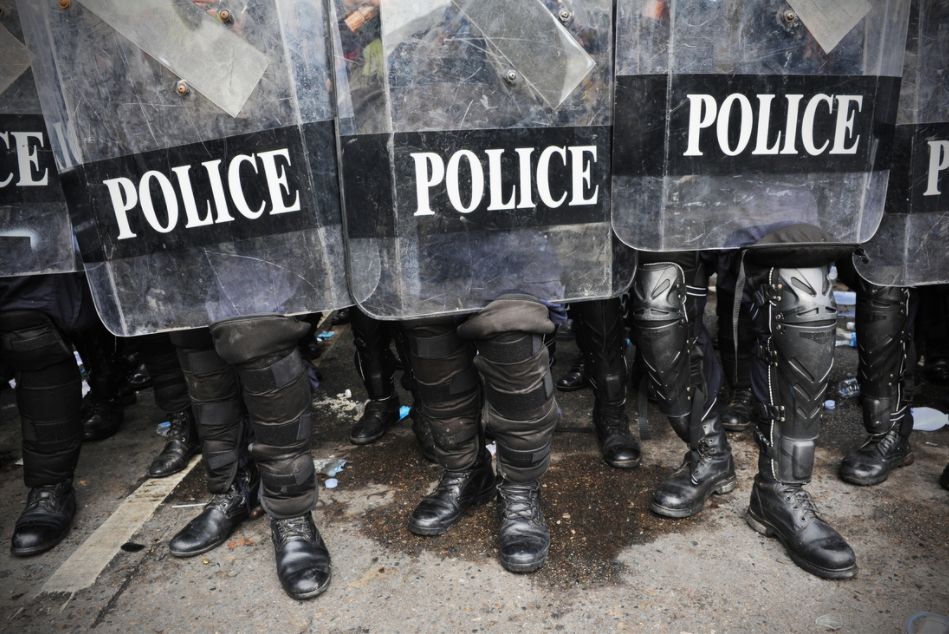 Hundreds of protesters have been arrested since Tuesday’s US election. Almost all of them have been anti-Trump activists engaging in civil disobedience. Nonetheless, the fear of clashes between Trump supporters and opponents in response to the contested US election remains strong.  If these occur, my research suggests that the police will favour Trump supporters. This bias isn’t because police are right wing (although they may well be) but is tied to the features of police organizations and logics and how these shape interactions between police and protesters.

In the US, 21st century policing is professionalized, and thus required to be politically neutral. However, protest policing is inherently contentious, and the way police manage protest leads to partisan results. To understand this, we need to understand the police themselves (Earl and Soule 2006).

Street protest has long been predominantly a left-wing activity, as excluded groups and their allies demand incorporation, equality and more generally, change. The week of Trump’s 2016 victory, protests by his opponents rang out in 55 cities in the US (NY Times data). The vast majority of these were standard marches and rallies of furious opponents to Trump, chanting ‘Not Our President!’. Other protests went further, where protesters blocked highways and trains, and some, namely Portland Oregon, saw significant unrest. These events brought together loose networks and formal organizations, from registered Democrats, to anarchists.

In the months that followed, pro-Trump activists began to hold their own rallies for Trump, free speech, Confederate monuments, and against Marxism and immigrants. When they did, they were regularly confronted by left wing counter-protesters. These events were volatile. Protesters, counter-protesters and police faced off in New Orleans, New York, Boston, Berkeley and yes, Portland Oregon. When the police managed those battles, they disproportionately arrest, beat and pepper spray left wing protesters.  In 2017-2018, systematic analysis of all counter-protest events in the US found that when these confrontations ended in arrest, at least 81% of those arrested, were left wing.

How does one explain this discrepancy? While it is possible to explain the biases of protest policing as tied to the conservative politics and culture, or demographics of the police, these explanations neglect the variation in tactics across time and space, and suggest that the bias could be eliminated by education or by hiring more diverse officers, rather than understanding that these biases are reflect the best practices of professional policing.

Protest policing strategies rely on police evaluations of risk and threat. Such perceptions are tied to the political demands, and Reynolds-Stensen (2017) shows that protests against police brutality face heightened repression.  They are also tied to disruptive and violent tactics (Rafail, Soule and McCarthy, 2012). But police culture and demographics, protester tactics and demands cannot explain why left-wing counter-protesters are repressed more heavily than their right wing counterparts.

Police perceive counter-protests as unpredictable, and threatening, in part because they do not correspond with legal definitions of protest.  Police decision-makers tend to categorize protest as either ‘first amendment expression’ that should be facilitated, or as criminal behavior that should be controlled. Counter-protesters whose aim is opposition to protest do not easily fit into this legal framework. Protesters who police perceive as unpredictable because of their age, race or politics, or those who refuse to cooperate with police are seen as more threatening, requiring more proactive intervention. The protest policing strategy of intervention has been described as ‘selective incapacitation’ through pre-emptive arrests, spatial control or less lethal weapons has become more common over the past twenty years.

If anything, these inequities in state repression are more likely than they were in 2016.

First, policing strategies for managing protest have become even more militarized. Pepper spray, flash bang grenades and TASERs are more frequently used against protesters than they were in 2016. In 2016, US police used pepper spray 11 times against protesters (Nexis Uni data). In 2020, police have already used it at least thirty times, along with flash bang grenades, tear gas and plastic projectiles.

Second, a broader section of society now distrusts the police. Gallup Polls shows that trust in police has declined significantly since 2016. While white people have been more likely to trust in police, this too had changed. Social movement researcher Dana Fisher has found that police racism and police brutality have become top issues, even for white, middle aged women. In turn, police organizations feel under attack. This distrust of left-wing protesters increases the likelihood that police will react with arrests and violence.

Third, extreme-right groups like the Proud Boys, and armed militia are more organized and larger than they were in 2016. The Southern Poverty Law Centre, which tracks hate groups, finds that there has been a 55% increase in white nationalist hate groups since 2017. Only some of these groups use street protest, but when they do, they are likely to see their role as supporting police, further increasing the likelihood of disproportionate violence against anti-Trump protesters.

Since election day, there have not been any major confrontations between Trump supporters and opponents, that have led to arrest or police violence, but when they do, research suggests why anti-Trump activists, will be hit hardest.

Lesley Wood is Associate Professor and Chair of Sociology at York University. She is interested in how ideas travel, how power operates, how institutions change, how conversations influence practices, how people resist and how conflict starts, transforms and ends. She is the author of Crisis and Control: The Militarization of Protest Policing (Pluto/Between the Lines 2014), and Direct Action, Deliberation and Diffusion (Cambridge University Press 2012).