£1984: the cost of consumer surveillance? The future of facial recognition technologies 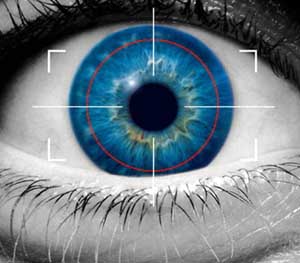 How close are we to the dystopian world outlined in 1984? Following on from my colleague bschaefer’s article ‘Volunteering for surveillance: Consumerism, fear of crime, and the loss of privacy’, this article discusses the latest challenges to our consumer privacy rights.

The concept of surveillance raises significant social questions, especially in relation to how far technologies constitute an unacceptable degree of intrusion into our private lives. This week Tesco announced their plans to introduce targeted advertising through facial recognition technologies to all 450 of its UK based petrol stations. The OptimEyes screen, developed by Lord Alan Sugar’s company Amscreen, scans the eyes of customers to determine specified categories of age and gender before running tailored advertisements. Although most of us in advanced western states are already subject to a vast array of data collection fuelled by the desire to obtain our interconnected life experiences information.  This latest attempt to monitor and influence our consumer behaviour automatically sets a number of alarm bells ringing, namely to do with the social issues of surveillance, in particular power relations, spaces, and categorisations.

In press releases Tesco claims that such targeted advertising is a valuable way of interacting with consumers, therefore suggesting that it is the public who stand to benefit from the venture. However, companies whose brands are being advertised potentially have more to gain from knowing who is watching the adverts. This emphasis on the importance of knowledge creates unequal power relations, as Foucault asserted ‘knowledge is power’:

Knowledge linked to power, not only assumes the authority of ‘the truth’ but has the power to make itself true. All knowledge, once applied in the real world, has effects, and in that sense at least, ‘becomes true.’ Knowledge, once used to regulate the conduct of others, entails constraint, regulation and the disciplining of practice. Thus, ‘there is no power relation without the correlative constitution of a field of knowledge, nor any knowledge that does not presuppose and constitute at the same time, power relations (Foucault 1977,27).

Many academics have attested to the idea that the ‘rise of surveillance society can be traced to modernity’s impetus to coordinate or control (Lyon, 2001, p.49). Information obtained from surveillance constitutes a form of power, where people are placed into categories, for example worthy or non-worthy of specific adverts. In addition, though ‘surveillance systems are socially shaped they have social consequences, some of which go beyond the intentions described in their shaping’ (Lyon, 2001, p.25). So it is possible that facial recognition technologies could adopt the role of the CCTV camera and also be used for crime prevention/ tackling purposes. Norris and Armstrong refer to this as ‘function creep’ or ‘expandable mutuability’ (Norris and Armstrong, 1999, p.58) where the intended practice of any surveillance technique are modified into areas than those originally anticipated.

Surveillance as a spatial practice reinforces perceptions and understandings about how particular spaces are viewed. Should we as the public now expect there to be technology from higher powers attempting to ascertain our identities, when we go into a supermarket?  Foucault’s work on Bentham’s ‘panoptic principle,’ where the few can exercise surveillance over the many, provides us with an understanding of how surveillance has come to proliferate new spaces in contemporary society. Surveillance is operated in a multitude of spaces which often blur the formal/informal and the public/private. Panoptic control presents us with the notion of the unseen observer and the rigorous classification of gestures, actions, and bodies produced by the modern surveillance society. However, human agency is not completely discounted as Foucault himself also asserted that where there is surveillance there is also resistance (Foucault, 1977). On the other hand he also stated that the crux of panoptic surveillance is to encourage ‘docile’ citizenry, with the public self- inspecting and self-correcting in relation to the dominant norms. In contemporary society have we now become accepting of how knowledge is collected through mechanisms of power?

Although in Orwell’s 1984 there is an over emphasis of dystopian goals, there are also aspects of surveillance that we can see applied in our society today – such as the importance and modification of knowledge, reduction of human autonomy, and the escalation of individual fragmentation as we  undergo various classification procedures. The administration of this latest surveillance technology has got the potential to further displace such power balances and to impact on the conformity of social categories such as gender, class, race, age and sexuality.