True cowmen and commercial farmers: differing opinions on what it means to be a ‘good’ dairy farmer 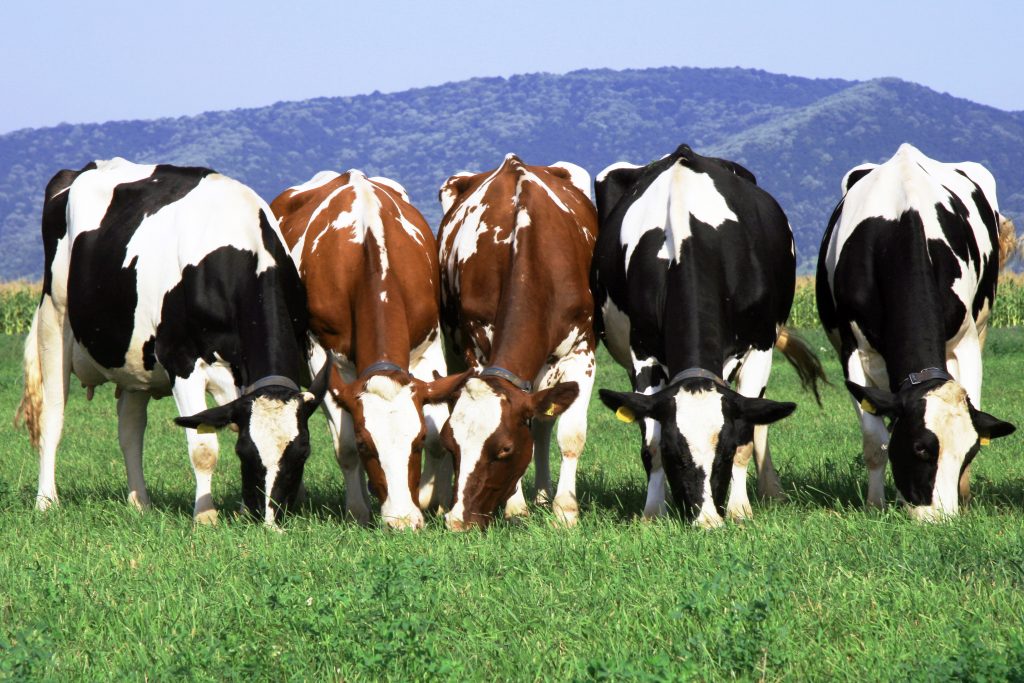 Farming is both an art and a science. Dairy farming in the UK is poised between being a traditional backbone of the rural economy and a high-tech industry. We need to understand what farmers and other stakeholders value within this sector in order to understand how they make decisions. The idea of the ‘good farmer’ is a useful concept within rural sociology for understanding farmer decision making12. Farmers make decisions that are in line with the ideal of being a good farmer, in their own eyes and that of their peers.

One area where the concept of the good farmer is useful is exploring animal disease control practices on livestock farms 3. Stopping disease spreading within the farm, also referred to as biosecurity, is seen as an important part of managing a livestock enterprise. Dairy farmers are continually identifying and managing risks such as disease in order to run a good business, though there is a perception that these risks can slip through the cracks. Within the agricultural industry it is perceived that livestock farmers could be more proactive in protecting their own herds and flocks.

The private veterinarian (vet) is a key contact for farmers in managing livestock disease. Farmers generally trust their vets’ advice and the vet is on dairy farms fairly regularly meaning that if anyone is going to communicate important messages to the farmer about disease control it is the vet.

If vets and farmers are seen to generally have a good relationship, why do some in the agricultural industry feel that biosecurity in the dairy sector should be improved? How do vets and farmers understand what it means to be a ‘good farmer’ in relation to disease control?

Interviews were carried out with farm animal vets and dairy farmers in England to explore these questions. Many of the vets and farmers had different views on what it meant to be a ‘good farmer’ in relation to livestock disease control. Many of the farmers interviewed valued the skill of judging the wellbeing of animals by eye, and husbandry skills to manage the health of their animals. These are tacit skills that farmers build up over years of working with cattle4. Several stated this was only possible on smaller farms where an individual relationship was possible between farmers and animals.

‘Good farmers’ were embedded within the farming community and often do favours for other farmers. Many farmers enjoy going to the livestock market for the chance to socialise with other farmers. Buying in animals is an important point at which disease can enter the farm. For many, the risk of bringing in disease was judged based on their knowledge of the seller farmer: farmers buy animals off farmers they know and trust.

Vets criticised this view of good farming as outdated and risky. Where people and animals congregate – which farmers enjoy from a social point of view – livestock disease can also spread. Social ties and trust do not guarantee freedom from disease. As one vet states: “We looked at how the disease had been brought into the farm which had been through the purchase of a bull which the farmer thought would be absolutely ﬁne because he was buying it off his brother-in-law, so it would be no problem.”

Social ties can make it more difficult for farmers to have a potentially awkward conversation about disease because they do not want to imply the farmer is a bad farmer. Farmers’ skill in judging the health and wellbeing of animals by eye do not help for diseases which are present but do not have clinical symptoms. Farmers prided their self-reliance and stock keeping skills, but vets saw this as holding them back from using the vet’s services regularly to improve their herd health.

In contrast many vets stated they preferred working with the large, more commercially oriented farmers. These had often invested more in their farm, had more to lose and so were more willing to listen to the vets’ advice. They were more business minded and may not be as deeply embedded within the traditional farming community. They may be more educated and be willing to understand disease through the vet’s scientific lens of disease tests and treatments, rather than through the traditional good farmer view of visual assessment and husbandry skills.

It’s interesting to note that vets preferred the larger ‘progressive’ farmers who they perceived took biosecurity more seriously. Farmers in contrast valued the husbandry skills necessary to work with animals. Both tradition and progress in the dairy industry were framed as creating risks. As the dairy industry continues to change there will no doubt be winners and losers in the debate over what it means to be a ‘good’ dairy farmer. There is considerable diversity in terms of how cows are managed on British dairy farms, there is a danger that debates around biosecurity coalesce around the skills and capital of the large, commercial farmer and official accounts leave out the idea of the good farmer as the good stock keeper.

The full research paper this article is based on is free to read in the journal Sociologia Ruralis, here.

Orla Shortall is a social scientist of agriculture working at the James Hutton Institute in Aberdeen. The research described in the blog was funded by the Agriculture and Horticulture Development Board Dairy. Orla is currently undertaking a British Academy Postdoctoral Research fellowship on indoor and pasture based dairy systems in the UK and Ireland http://www.docowseatgrass.org/