The Legitimation of Deviance: Examining the Role of the State 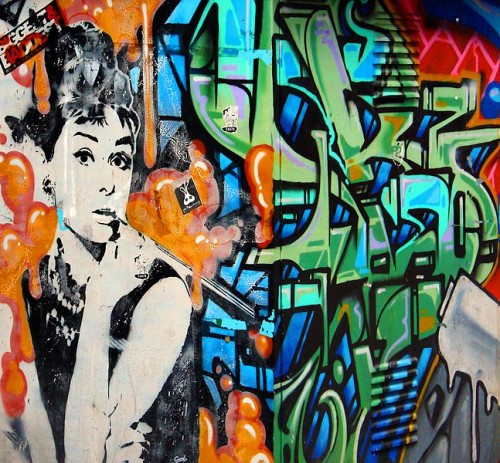 Knee deep in studying for comprehensive exams, the literature has drawn my attention toward (1) how an illegal activity can have a legal counterpart, and (2) how a deviant activity becomes socially acceptable and celebrated within mainstream culture. As examples, there is skydiving and its illegal counterpart of base jumping; wall murals and their illicit sibling of extravagant graffiti; or the ‘world’s fastest growing sport’ of MMA versus the back-yard-brawls caught on tape. While the actual activity performed for each legal-illegal example above may be similar (free falling, spray-painting, fighting) with the end purpose being the same, there is a distinction between which is allowed and which is deemed deviant and illegal. This development, the creation of legal and illicit phenomena, highlights an important trend: that is, the power of the state and market working on culture through a dialectic process.

Prior research has examined capitalisms tendency to package social phenomena for mass consumption/popular culture. Although this position is instructive, it does little to observe the formal mechanisms of the state in this process. For instance, sociological and criminological scholarship has tended to overlook the legitimization/legalization of deviant activities. Perhaps there are nuances being missed – a nexus that exists between the state and market. In essence, this post highlights a perhaps false dichotomy existing between the state and market. More consequently, it considers the role that legalizing and commercializing forces played in ensuring the survival of once ‘deviant’ activities.

One avenue to explore the legitimation of deviance is to examine how it is discussed, framed, and acted upon. Discourse, that is, refers to the way individuals think and talk about things. With an emphasis on language, the issue of discourse comes from the structuralism tradition (see Saussure). For Foucault however, language and discourse is not limited to the written or spoken word (Foucault, 1972a, 1972b). Rather, it refers to languages, behaviors, and practices. Foucault’s intent is to look beneath word choice and practices to examine why they are employed, and what meaning they provide. Given that ‘discourse sets the parameters for what is possible and impossible, examining power, meaning, and language becomes more profound than at first appearance (Allen, 2006 – see Chapter on Foucault).

At this junction, one cannot help but to evoke the writings of Harvey (2006a, 2006b) as he argues that the primary function of the state is to create lucrative conditions for the market. In characterizing the neo-liberal state, he writes ‘The fundamental mission of the neo-liberal state is to create a ‘good business climate’ for social well-being…The neo-liberal state looks to further the cause of and to facilitate and stimulate all business interests.’ Here, the main ability of the state lies within its authoritative discourse, monopoly of power, coercive influences over legislation, and ability to provide fresh capital for the market. Each definition applied to deviance by dominant structures has implications for the public’s reaction. For instance, deviance defined by the economy and not the state is an unsanctioned activity that presents something to be acted against and controlled. However, activities that are defined by the economy and the state become acceptable activities and consumable entertainment.

It seems that the legitimation practices of the state provide the means needed to vindicate once controversial illicit activities. Here, state backed institutions may have a part in ensuring the survival and acceptance of deviance in two ways. First, they provided the means that shifted the construction of illicit behavior from being immoral to legal and therefore socially palatable. Second, they answered the markets call to establish conditions allowing for the expansion and commercialization of deviance. It is evident that the demands of the market and the discourse of the state (together) were effective in altering the construction of deviance from being ‘criminal’ to being legitimate.