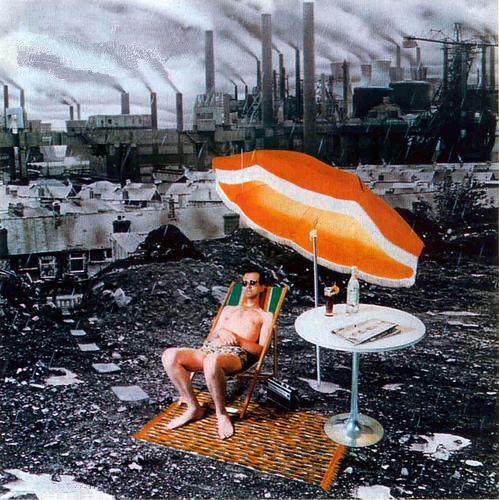 In early March, I interviewed Nancy Fraser for the King’s Review. Fraser, professor at the New School specialising on critical theory and feminism, is currently writing three accounts of the recent (financial, global and specifically European) crisis. In the interview, she was ardently arguing for a more holistic understanding of crisis: we shouldn’t see the recent turmoil in finance as an isolated economic problem but as connected with ecological – climate change – and socio-reproductive issues, such as enduring gender inequality at the workplace. It was very informative to learn about Fraser’s criticism of earlier, more ‘specific’ accounts of what has been called the ‘Great Recession’. But even more than the detailed content of her criticism, I was curious about the general subject of her interest: crisis.

With the abundance of special issues, edited volumes and monographs being published (or talked about) recently, I feel that ‘crisis’ has eventually arrived in contemporary social sciences. When I studied economics as an undergraduate during the actual outbreak of the financial trouble in 2007/08, sociology as well as most other social science disciplines were rather unimpressed. The impotence of economics to even only understand subprime lending, complexly-cut derivatives and their influence on the (inter)national level was enough to make me change discipline – but did not spark much enthusiasm for most proper scholars in neighbouring disciplines. Changing one’s research agenda to address pressing, contemporary issues? Not even worth considering?

It was economic research – classic-Keynesian and new, behavioural approaches alike – which was referred to both in media debates and policy-making. Reinhart and Rogoff’s ‘This time is different’ is a good example of this influence. Their argument – even though eventually defeated by the work of a graduate student – for a lethal influence of high sovereign debt on the economic well-being of the state supported the turn towards austerity throughout Europe and the US. Where was the social science voice warning of the devastating consequences of such a step?

During my time in London in 2011, the sociology department at LSE even held a symposium addressing the ignorance of sociology in particular to contemporary problems in the economy. On that evening, Chakrabortty from the Guardian was almost accusing the department of not speaking up. There it was, the opportunity for a critical intervention, the window for change – also in terms of academic hierarchy. The general public was fed up with the economists and their failure to really make things better.

I am not claiming that the sociology of Hinduism or swimming pools is not worthwhile and I am also aware of the fact that academia is structured in a way that makes you focus on an under-studied, narrow field in order to build a career. But is it really a beneficial system, which rewards researchers who have dug a big hole (studying say swimming pools) for years waiting for the next big thing to happen in their area? Security in academia – at least from the perspective of a junior member – seems to be found in these niches. Dig as deep as you can and stay away from hot (i.e. societally interesting and public) topics where you are much more likely to say something controversial which in turn might ruin your academic career.

This picture of academia is obviously stretched to its extreme. I don’t want to argue that researchers should constantly follow the strongest winds. Research is a serious endeavour and takes time, often years indeed. Having been a scholar of pornography does not lend itself to switch to the study of economic crisis within a couple of months. But couldn’t some scholars be slightly more pro-active?

There surely was research, which for instance did focus on financial markets in 2007/8 – Karen Ho and Caitlin Zaloom are two famous examples. And there were also crisis-historians, who turned their interested on the 2007/08 turmoil (see Manuel Castells). Two problems seem characteristic for most of these accounts, however: they are descriptive-analytical, rather than interested in tackling acute problems, and they often shy away from public engagement.

I also don’t want to deny the importance of accounts, which present analytic descriptions of the underlying architecture, ideology and culture that help for instance to reproduce the financial market. Karen Ho does a fantastic job in describing the banking ethos, the culture which might have been partly responsible to where we find ourselves now. But Ho was not particularly interested in crisis and her account does hence not help to really understand the intricate lead-up and eruption of the recent or any other turmoil. Wouldn’t it have been great for Ho to go back and talk to her informants in 2009 or so and find out more about what was going on in the aftermath of the biggest crash since 1920? Wouldn’t it have been interesting to go ‘beyond critique’ and search for solutions?

But an even bigger problem is the missing voice of social science in public debates.  Let’s not be one-sided here; it might also be that some media who prefer the voice of a professional, an economist, to a critical social science researcher (even though Chakrabortty claims the exact opposite). But for me this question has got to do with the interest of academia in more general: what is research for?

There is no easy answer to this, only opinions. Particularly in the humanities, many people are advocates of ‘pure research’, almost a ‘L’art pour l’art’ approach. I support this endeavour to a certain extent: we need space for people to play around, do basic research – without the constant striving for utility. My personal opinion on the aim of the overwhelming majority of the social sciences would be different from this, however. I would argue  for a more engaged and more daring academia. Should scholars who have expertise in areas bordering contemporary events not have an instinct to speak up? Can academia – particularly the qualitative social sciences – be happy with a marginal role?