The 40th Anniversary of the Violence at Kent State – a gap in our historical memory? 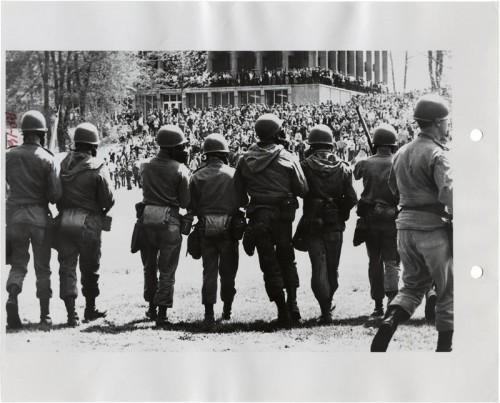 Today is the 40th anniversary of the Kent State shootings. Not long ago,  I looked out at my large section of a social problems course and asked if anyone could explain the events that took place at Kent State on May 4th, 1970. I wondered, in the silence following, how a lack of knowledge about this tragedy could exist. I rephrased my question…to no avail. This event is part of American History and is taught as such. And yet, when I think about my own education, I do not remember the lesson – was I absent on this day in middle school? Did all the students in my social problems class miss the same lesson? This led me to a question I often ask: Why do we remember certain historical events and not others? As this subject is the focus of many cognitive sociological studies of collective memory, it seems fitting to pose this question on a day like today. Why is Pearl Harbor something that most students can at least briefly describe and yet Kent State is not? Further (as the rather excellent NPR piece listed below reports) why would those who know about Kent State be much less likely to know about another similar event at Jackson State in Mississippi, which took place just over a week after the events in Ohio?

Perhaps there is some sort of cohort effect in not knowing about Kent State; students in my classes generally know what happened at 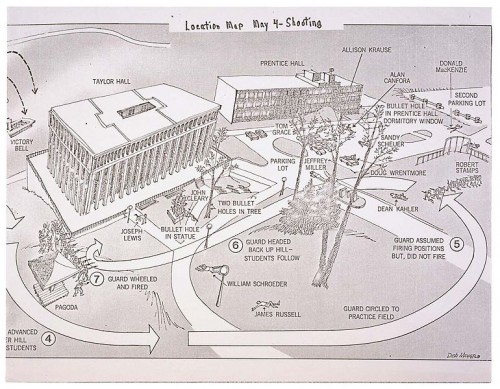 Columbine High. Though they were quite young in the 1990’s, it is possible that Columbine is closer to reality for them. Or maybe this generation is more afraid of each other than of the armed forces. Perhaps protests of the Vietnam War are just too removed from the collective conscience of the current generation or the last few, for that matter. Or, further, maybe this kind of protest seems a relic from the mid 1900’s and irrelevant. There are plenty of other possibilities, but one way of looking at this is through the general lens of cognitive sociology, which suggests that certain events, identities, etc. are marked, while others are not. After all, the events at Jackson State are recalled much less frequently even among those who recall the Kent State atrocity all too clearly, so it cannot all be about generations or relevance. Additionally, certain events are lumped together (as in events pertaining to the Vietnam War – in this category, the events at Kent State could blend into the category overall and be easily forgotten) and then split from other events (such as Columbine or Virginia Tech, which are seen as more relevant, at least in part because they seem within the range of possibility in the current time). Cognitive sociology and in particular, the discussion of collective memory, marking, classification and perception can help us gain greater insight into why some things “matter” historically and others do not.  The piece by Brekhus et al below provides a lovely summary of the contribution of cognitive sociology. While the subject of the article is the contributions cognitive sociology can make to sociological studies of race, it can easily be extrapolated to a wide range of topics. Certainly, one possibility as to why Kent State is more prevalent in the American consciousness is precisely because race relations were more tense at Jackson State. The violence in Mississippi was perceived as at least partly motivated by race (which was not the dominant theme of the events at Kent State) and therefore could have been relegated to a less salient spot in the national consciousness.

Beyond theory, it seems frightening that we could collectively forget an event such as one in which students at a university were murdered. We can also learn a lesson about the importance of making history relevant for students so they will (hopefully) not forget other important moments in both American and global history.

On the Contributions of Cognitive Sociology to the Sociological Study of Race, Brekhus et al.