The fluid nature of rural ethnic identity: encounters between non-Roma and Roma people in a Central-Eastern European context 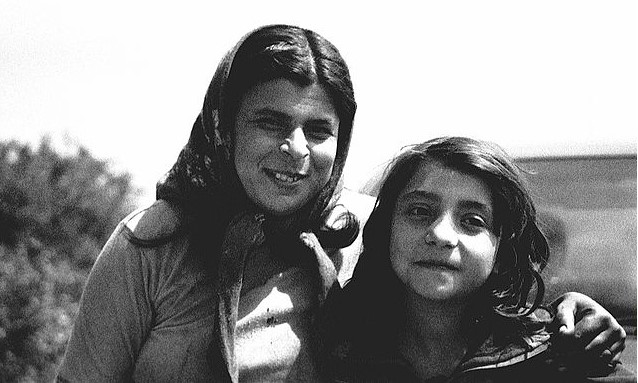 In the early 2010s, France repatriated a large number of Roma back to Romania, following a series of highly controversial reforms by Nicholas Sarkozy’s government (BBC, 2010). Campaigners for human rights, free movement, and workers’ rights hotly contested those harsh actions of forced repatriation, which were widely discussed in international media. A Romanian article called ‘Back to the life of Gypsy in Romania’ (Micu, 2010) suggested that most of the transnational worker Roma went back to their homelands in the rural part of southwestern Romania. Taking an insight into this particular Romanian area, our recent study in Identities: Global Studies on Culture and Power explores perceptions of Roma people amongst the non-Roma community and how the Roma people respond to these perceptions today (Creţan, Covaci and Jucu, 2021).

To understand the social position of the Roma community in Romania, it is necessary to take a step back in history. Following the fall of communism, Eastern and Central European passed through a series of massive social and economic transformations. The area we explored in our study is on the border of Romania and Serbia and has traditionally been multicultural and multi-ethnic. However, it is also the site of long-term marginalization for the Roma communities. The shift towards a capitalist economy has exacerbated their ‘othering’, since the new economy offers the Roma few possibilities. Consequently, many joined the new transnational labour force in Europe, working abroad as seasonal labourers (including those targeted by Sarkozy in France). Others chose to leave behind their traditional skills and assimilate into majority society. The loss of guaranteed work which the Roma had under the communist regime has tended to intensify the post-communist direct discrimination against Roma, since they are often stigmatized as unemployed and dependent on public welfare.

Our study explored different kinds of prejudice against rural Roma in this border region. We were particularly interested in two issues. Firstly, the ways in which the spatial geography of studies about Roma influences the debate about exclusion within mainstream society. Secondly, the ways in which discrimination against the Roma interfaces with power relations, in particular political power. Our aim was to achieve a better understanding of Roma lived experiences of precarity, deprivation, and exclusion, as a step towards meaningful social, economic, and cultural intervention.

Let us begin with the geographical point. A lot of other research on Roma communities studies segregated urban neighbourhoods, where only Roma families live. However, the communities in our study live in multicultural rural areas. In scholarly work, there is sometimes a tendency to assume that living in a mixed area means integrating into a multicultural environment, and losing one’s own community and culture. However, in our study, many Roma were living in a mixed area, but still experiencing discrimination. We therefore turned to an alternative approach known as ‘heterolocalism’. In this view, spatial dispersion need not imply a loss of distinctive culture but strong community ties, which can be maintained via new visual and communication technologies. A heterolocal approach is also open to the idea that certain groups may continue to be the target of discriminatory and exclusionary practices and behaviours, despite living in a multicultural area. Our paper argues that in multi-ethnic border areas, Roma communities retain a minority culture, and remain the victims of distinctive forms of stigmatization and marginalization.

Secondly, our research suggested that political power relationships could serve to create and reinforce damaging stereotypes, contributing to the plight of rural Roma families. In particular, a lack of political attention to the Roma (outside of elections, when they can suddenly become valuable to politicians!) reinforces social and economic disadvantage. Most visibly, extreme nationalist politicians deliberately target the Roma, appealing to a small and highly prejudiced voter base. However, discrimination can also emerge from apparently more ‘progressive’ groups, who are sympathetic to multiculturalism, and to the idea and ideals of the European Union. In this second vein of argument, the Roma are represented as a group that are willfully ‘backward’, out of step with the liberal modernity of a capitalist EU country, and resistant to social and economic change:

…some politicians are not interested in solving ethnic stigmatization issues because the Roma communities are viewed as having inappropriate behaviour. The lack of effort is justified by arguing that such communities cannot be helped because they are embedded in their own laws and traditions and will not adhere to European laws (T.D, female, 42-years-old, Breștea).

An apparently progressive attitude towards difference thus becomes the foundation for discrimination against the Roma on the grounds that they are socially uncooperative with a project of modernization. Within such a logic, the Roma become responsible for their own disadvantaged social and economic position because of their refusal to integrate into a wider set of social, economic, and political goals.

Several Roma participants shared the negative impacts of such discrimination and exclusion on their lives. Some seemed to have internalized the criticism towards them, minimizing the harms: ‘there is a strong tendency to avoid Roma primarily due to the difference in culture and behaviour between us and them. But here people are not so harsh against the Roma as in other regions of Romania’ (O.O., a 53-year-old Roma woman from Livezile). Others criticised the community’s desire to preserve its specificity, and its unwillingness to assimilate with majority groups, arguing that Roma political leaders needed to take a stronger stance, and that the community should endeavour to be more open. Many acknowledged the pain of stigma, stereotypes, and the denigration they experienced (in particular, abuse with derogatory names in public). Several were concerned to counter the types of discourse that vilified them, asserting ‘we are clean’, ‘we don’t steal’, ‘we have strong family values’, and ‘we are not criminals’. All of these narratives suggest a community that is in dialogue with, and shaped by, the everyday stigma that it experiences.

To sum up, our research questions a superficial tendency to associate multi-ethnic, multicultural areas with tolerance, integration, and a lack of prejudice. It suggests that Roma can experience discrimination, stigma, and exclusion while living in mixed rural areas. In particular, it challenges the idea that such discrimination emanates only from a populist and nationalist political standpoint, identifying a strand of liberal-capitalist discrimination that portrays the Roma as willfully ‘backward’ and therefore unsuited to a European, multicultural modernity.

To combat the multiple types of social and economic deprivation suffered by the Roma, we suggest the need for alternative and more inclusive models of the ‘public’, based on a critical interrogation of concepts like class, gender and race. We wish to urge caution against any discourse of ‘European multicultural modernity’ that does not leave room for Roma traditions, or that portrays this community as ‘backwards’. In particular, we believe there is an urgent need to challenge the emphasis on Roma ‘integration’: social models that emphasize difference rather than assimilation are needed to fight back against homogenization and assimilation, whether this appears as an apparently more progressive emphasis on multicultural modernity.