Inequality and the Arts 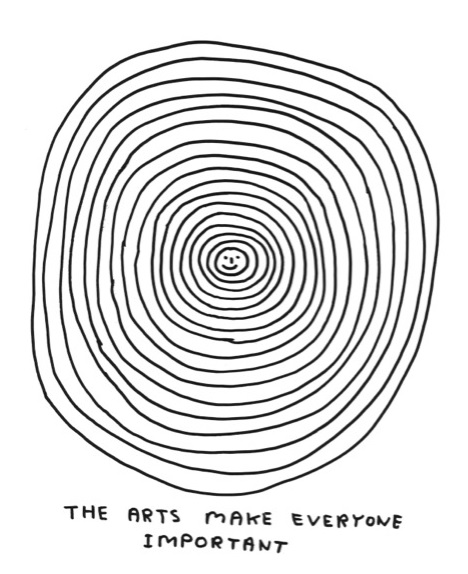 There are currently 685 all-party parliamentary groups (APPGs) registered in the UK Parliament on topics from Afghanistan to Zoroastrianism.[1] As the name suggests, they include representatives from the main political parties, and they span the House of Commons and the House of Lords. These groups meet informally to pursue their particular areas of interest, and they vary in their levels of activity.

The APPG on Arts, Health and Wellbeing was set up by Lord Howarth of Newport in 2014, to take stock of, and inform developments in, the fast-growing field of arts, health and wellbeing. Within a year, the group initiated an Inquiry which comprised 16 round-table discussions in the Palace of Westminster that brought parliamentarians together with health and social care professionals, service users, artists and researchers. These discussions addressed some of the most pressing themes in the field from health concerns such as dementia to mental health to the broader environment of policy, commissioning and devolution. The variety of practice highlighted during these discussions was matched by ideas for ways in which the field might develop.

My task was to combine this iterative process with desk-based research into pertinent policy and evidence alongside a call for examples of practice. This gave rise to a substantial report that was launched in Parliament in July 2017 called Creative Health: The Arts for Health and Wellbeing.[2]

In the same year as the Commission reported, its Chair, Professor Sir Michael Marmot, was invited by the UK Secretary of State for Health to lead an independent review of evidence-based strategies for reducing health inequalities in England. This predicted devastating consequences if social inequalities remained unaddressed and caused Marmot to advocate the distribution of resources on a sliding scale across the social gradient, which he called ‘proportionate universalism’.[4]

In an editorial for Arts & Health journal, three board members of the Royal Society for Public Health’s Special Interest Group on Arts, Health and Wellbeing welcomed the work of the Commission while noting that the arts were conspicuous by their absence from its published guidance. With this in mind, Creative Health aimed to bridge the gap between an embrace of strategies tackling the social determinants of health and an acknowledgement of the role the arts can play.

As our paper The arts and the social determinants of health: findings from an inquiry conducted by the United Kingdom All-Party Parliamentary Group on Arts, Health and Wellbeing published in Arts & Health in January 2019 shows, arts engagement can mitigate the social determinants of health by influencing perinatal mental health and child cognitive development; shaping educational and employment opportunities and compensating for work-related stress; building individual resilience and enhancing communities. We noted with interest that people accessing the arts through health routes tended to be from disadvantaged and marginalised groups, which reversed the usual trend for engagement in publicly funded arts activities. In a reciprocal relationship, the arts provide a route to better health and wellbeing while health provides a route to the arts that can help to overcome persistent inequalities of access. We made the case that arts and health activities often inadvertently conform to the model of proportionate universalism. We hope these arguments will be persuasive to health and cultural policy-makers alike.

The original research paper, The arts and the social determinants of health: findings from an inquiry conducted by the United Kingdom All-Party Parliamentary Group on Arts, Health and Wellbeing  is  free to access until 19th April 2019.

Having worked for more than a decade as a curator of international contemporary art, Dr Rebecca Gordon-Nesbitt turned her attention to exploring the individual and social value of creative practice. Her seven-year study of the cultural policy of the Cuban Revolution was published in 2015, and a selection of other writing is available at shiftyparadigms.org.

As part of the Arts and Humanities Research Council Cultural Value Project, Rebecca analysed research, conducted in the Nordic countries, which seemed to suggest an association between arts engagement and longer lives better lived. From a base at King’s College London, she conducted research for an Inquiry instigated by the All-Party Parliamentary Group on Arts, Health and Wellbeing, which gave rise to a report with recommendations launched in Parliament in July 2017. She is currently reviewing the past decade of activity in the field of arts and older people for the Baring Foundation.