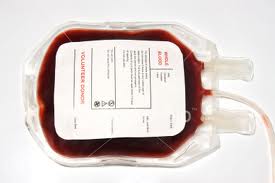 Last month, the American Medical Association (AMA) voted against the Federal Drug Administration’s (FDA) ban on blood donations from men who have sex with men. In 1983, the FDA initially banned blood from men who have sex with men because of the not yet understood nature of HIV and AIDS and the explosion of fear over transmission. At this time, the rates of HIV and AIDS were highest in the gay male population and the testing procedures for detecting the virus in the blood were not very reliable. Now, the AMA explains that testing procedures are better and that sexual intercourse between men does not guarantee transmission of HIV. Banning blood donations from this population is not just unwarranted, but discriminatory. Instead, the AMA recommends that gay men should be evaluated on an individual basis. Following in the steps of the United Kingdom and Canada, the AMA asks that men who have abstained from sex with another man for at least a year should be able to donate blood.

At first, I read the headlines for this story and I was pretty excited about the AMA’s recommendation. But then, I got to the part about asking men to abstain from sex with men before being able to donate blood. The AMA bases this recommendation on the fact that male to male sexual contact accounted for 61% of new HIV transmissions in the United States in 2010. In other words, the majority of new HIV infections are transmitted between men who have sex with men and therefore they are a higher risk group. Yet, this is still not a fair individualized assessment because it presumes (or prescribes) the risky nature of all sex between men, as well as assumes that abstinence is the only way to prevent transmission of HIV (despite a lot of research that explains that condoms are pretty effective, too).

While a majority of HIV transmissions do occur between men who have sex with men, rates of heterosexual transmission are on the rise: according to the CDC, there were 13,402 cases of heterosexual transmission of HIV in 2011 (about 27% of new cases). Yet, heterosexual individuals are not asked to abstain from sex. In fact, heterosexual individuals are not even asked about safe sex practices. They are asked to disclose if they have had sex with a man who has sex with men, with a prostitute, with a person who uses intravenous drugs, or with a person from Africa (you can check out the questionnaire if you are interested). They do not have to answer questions about the frequency or safety of their sexual activities, even though they could be participating in riskier practices than their men who have sex with men counterparts.

Here is an alternative recommendation: a true individualized assessment for EVERYONE. Every individual should be asked if they engage in safe sex practices. Instead of targeting a group and requiring their abstinence, let’s ask that everyone, regardless of their sexual orientation, to mitigate the risk of HIV before they give blood. This would not only be less discriminatory, but also probably safer overall.

Caplan, Arthur. 2010. “Blood Stains – Why an Absurd Policy Banning Gay Men as Blood Donors Has Not Been Changed.” The American Journal of Bioethics 10(2): 1-2.

Garlarneau, Charlene. 2010. “Blood Donation, Deferral, and Discrimination: FDA Donor Deferral Policy for Men Who Have Sex With Men.” The American Journal of Bioethics 10(2): 29-39.