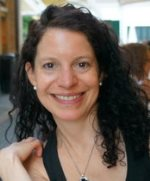 Dr Ruth McAreavey is Senior Lecturer in Sociology at Newcastle University. Ruth’s research focuses on migration, particularly to regional and rural areas, and inequalities faced by migrants in the labour market and in other parts of everyday life. Ruth has published extensively on rural development, and her most recent book on New Immigration Destinations was published by Routledge in July 2017. Ruth will Chair the Scientific Committee at the next European Society for Rural Sociology (ESRS) Congress in Trondheim, Norway, on 25-28 June 2019.

What led you to research rural sociology?

I grew up on a farm, and went on to study agricultural economics at university, and then a Masters in rural development. I then worked in various positions in the voluntary and community sector and within local government, including the Workers Educational Association in Belfast, then in England at Suffolk County Council, followed by Hastoe Housing Association leading a 3yr project funded by the Housing Corporation looking at how to work with tenants outside of housing provision, and running community development activities.

I became interested in doing a PhD whilst I was working at Suffolk County Council, as the Rural Development Officer. I was charged with visiting villages and towns and helping local parish and town councils raise funds to regenerate their communities through the LEADER Programme and Rural Development Programme. They were supposedly deprived communities and yet a lot of them were communities of retirees from London, who often had very different ideas about the countryside and what it should be, to those who had lived and worked in these areas throughout their lives. I started to question the process of rural development. A lot of the conflict that occurs in the countryside stems from a desire by some groups to create a beautiful preserved landscape, set against the need for it to be a working, living, breathing land.

Moving into academia I returned to Belfast, and worked in Queens University School of Planning for about 10 years, remaining always interested in rural development, rural society and the changes that are affecting rural communities.

Tell me about your recent book:

The title “New Immigration Destinations” looks at so-called new immigration destinations – areas that have experienced recent accelerated immigration. I’m part of an embryonic network of researchers looking at these areas, for example, regions in Australia we can call new immigration destinations because historically they had little experience of immigration. However, recently migrants have moved to these regional and rural communities. Many work in construction, agriculture and agri-food industries, a pattern we see replicated in many other parts of rural Europe and in the non-metropolitan areas of the United States.

In around 2004, after the accession countries joined the EU, it was really visible to me that a lot of people were moving into places in Northern Ireland that I found mystifying and surprising, such as small rural towns with low populations in between Belfast and Dublin. People were moving in and taking up work in mushroom packing, and meat processing, and I became very interested to understand their pathways and experiences, their opportunities for economic mobility, why they moved, why they were willing to work underneath their qualifications levels. I got a few small grants, firstly from Nuffield and then Joseph Roundtree Foundations, and I did qualitative research with a range of different migrants in Northern Ireland, including focus groups and interviews with Eastern European migrants.

Key issues that emerged from the research were contestations of labour rights and other labour market equalities including harassment in the labour market and unequal treatment from employers who treated Polish workers very differently to their Irish counterparts. I was also interested in understanding the sense of community and the sense of belonging, trying to unravel the complexities of migrants and understanding that not all migrants are the same, they’re different and they have other facets of their identity. I was trying to push back on the migrant identity and bring forward issues of gender, professional identities, thinking about how employers use the migrant identity to justify exploitation in the labour market.

Since the book I’ve been working with a buoyant network of researchers looking at this right across Europe. Colleagues in Italy are looking at that exploitation of Moroccan workers in the Italian agri-food sector, and in Greece, exploitation of migrant labourers in the strawberry fields. I’m also co-editing a special issue of the Journal of Rural Studies on new immigration destinations with Neil Argent; we’ve got a really nice collection of papers looking at how migrants have influenced rural society in Australia, in Sweden, in Greece and a comparative piece on Ireland and Australia.

You will be Chair of the Scientific Committee at the next ESRS Congress. What are your aims and hopes for the meeting?

The next ESRS conference is in Trondheim in 2019, and I’m currently identifying members for the scientific committee[1]. It’s important we take account of different rural areas in Europe and we make sure we’ve got a good geographical balance and strong central interest as well.

I’ve been following recent OECD deliberations on rural society, and it’s interesting how they are pitching the future directions and orientations of rural societies. The complexity of rural society is likely to be an overarching theme for ESRS as we’ve got so many different rural societies in Europe to consider. We need to look to the future and think about a range of different people and the role of those people in future discussions.

As well as issues such as inequalities, and the challenge of mobilities and immobilities in rural communities, we need to think about topics such as land use, agriculture, and technology. The recent annual meeting of the Transatlantic Rural Research Network (TARRN) had a session on smart technologies, and how this is going to affect rural communities. We need to demystify the conversation around technology and big data and to properly consider the opportunities arising. We also need to think about risks in the context of rural futures.

What do you think some of the implications and effects of Brexit will be on rural society in the UK?

One critical aspect which directly relates to my research is that of labourers working in the agri-food sector, because at the moment they have freedom to move, and not being able to do so will be very problematic as we’ve already seen in some news stories that have reported a shortage of seasonal workers. It is typically very precarious employment. One concern is that these labourers are currently covered by health and safety legislation, and by equality legislation, and yet they’re still being discriminated against. There’s a set of really important questions to ask about their outcomes if they are governed by some form of a seasonal workers’ scheme, or even if they move outside of the legal system altogether. We see from examples in countries such as Canada that there a lot of people who fall through the safety net and face many forms of inequalities including living in very poor accommodation.

Another question for rural communities is how they will be governed; the European Union has administered the Rural Development Policy which has shaped much of what’s happened across Europe. The European LEADER programme has been a very successful model for bridging communities, and helping local communities to take a partnership approach, working with government to fund and deliver regeneration projects. LEADER has created a lot of goodwill, and a lot of vibrant communities, and it’s unclear how the British government will accommodate that legacy.

This is why at the next ESRS meeting we need to think about the future and we need to start to effect and inform these debates. We have to take account of the diversity across Europe because we have very different rural communities, in for example Poland compared to France or Lithuania, where differences in the importance of farming and the shape of community – family farms versus bigger agri-businesses – makes a huge difference to the texture of rural society.

In order to help stimulate debate about Brexit here in the UK and given the uncertainty about the future, the Centre for Rural Economy (CRE) here in Newcastle recently released a series of discussion papers examining the implications for the four jurisdictions in the UK, including one for England; After Brexit: 10 key questions for rural policy in England. This was innovative in that all papers were non-commissioned, and each brought together experts in each of the UK jurisdictions for a full day of workshops examining 10 key questions for policy makers in rural areas. The result is a very astute set of questions including how national and local government will plan and support sustainable social and economic growth in rural areas, how to ensure we have a skilled labour force, sufficient rural housing, and supply of public good. These are questions policy makers need to consider as we move towards exiting the European Union. It includes recognition of the diversity across the UK.

[1] Note that the Scientific Committee has now been agreed, see website