THE NHS: TO PROVIDE ALL PEOPLE 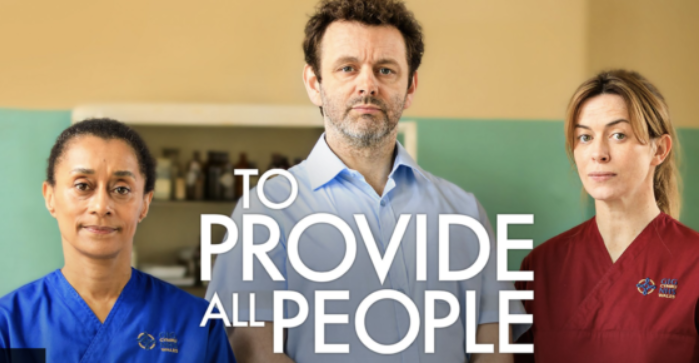 This article by Dr Catherine Will is originally published on the Cost of Living, a site is for all people interested in the politics, economics and sociology of health and health care. The ‘Cost of Living’ aims to provide a vibrant mix of topical comment pieces, analytical features, and contemporary reviews, related to health, medicine and health care.

I offer a very contemporary comment this week, having come across this recent BBC programme for the 70th anniversary of the NHS, by Owen Sheers (poet) and Pip Broughton (director). The programme – ‘The NHS: to provide all people’ was a film poem, an unusual kind of celebration of the idea of a national health service. It is of interest on its own terms I think, but also lead me to think about the way we do sociology today.

I have to admit right at the start that I did not love the programme. I found it a bit too self-consciously sentimental, with a mix of history, staff and patient ‘testimony’, footage of hospital life and Welsh mountains and wistful music and songs. However two key features of the programme kept me hooked, such that I enjoyed it and found it worth watching. The first that it was a refreshing alternative to the streams of fly-on-the-wall hospital documentaries that offer voyeuristic views of ‘difficult decisions’ by doctors or hospital managers. The second was that something creative had been done with the kind of material we work with in medical sociology all the time – observations of ordinary hospital work, and interviews with patients and doctors.

The programme drew a gentle analogy between the British NHS and human life, starting with stories of difficult births – of the system and a child – and then moving through encounters with the system in different parts of life. In particular the first section celebrated the life and commitment of Aneurin Bevan in the establishment of the NHS, making the politics of the producers clear by emphasising that ‘the Tories voted against it 22 times’, against shots of Welsh mountains.

In the second and third parts we were shown more images of staff and patients, and sections of staff in particular talking to camera. The mix of ‘real’ and ‘staged’ was unclear. The description of the programme said it would show ‘a day in the life of a present-day regional hospital’ – and watching an interview with the author and director I discovered that actors had been sent into Nevill Hall Hospital in Abergavenny. This mix, and what it enabled in terms of the depiction of hospital work was a nice contrast to those other programmes that focus on busy specialist centres and A&E or neurosurgery, those exacting and exciting fields. In ‘To provide all people’ we started with midwives, who seem to hold a special place in healthcare nostalgia but we were also shown district nurses driving through urban landscapes or parked in front of high risk blocks. Here certain types of urban landscape seem to convey another kind of nostalgia, for the confident welfare of the second half of the twentieth century as well as for ‘need’ – an alternative version to the rural settings of Call the Midwife or its equivalents.

Images of bare wards in a psychiatric hospital again struck a somewhat discordant note: as psychiatrists offered care in the context of somewhat shabby physical spaces of the hospital – the particular materialities of care of much of the NHS. Again, compared with the mass of documentary TV, this was a celebration of NHS staff without the hurry and haste, though the peeling paint was similar. Over the course of an hour the programme showed many examples of mundane work, with nurses taking time to sit or listen to people, and working together. I had the feeling it was the creative equivalent of some work by Annemarie Mol and others on care in practice. The actress Celia Imrie narrated a brief story about resetting a bone: ‘It was fascinating, almost choreography’ the way staff moved together.

Nevertheless, as this perhaps suggests, depictions of staff were slightly self-conscious. The actor Michael Sheen was a narrator and he also played the part of a hospital porter. Eve Miles played ‘a domestic’. Owen Sheers, the author, told us these parts were chosen because, in the context of the working hospital, these people ‘go everywhere, see everything, but [are] quite often unseen’. Their whiteness was carefully balanced by images of ethnically diverse medical staff: the black female surgeon scrubbing up; the black neurosurgeon talking of his knowledge that it could be his children, his wife.

Other actors spoke in the role of patients. The credits informed us that: ‘the fictional characters in this film were inspired by real life testimonies’. What the author called ‘dramatic monologues’ were again emotional, the keynote across them being a notion of gratitude (no notes of complaint or frustration in contrast to some other reflections on the NHS at 70). We were told they were not rehearsed, ‘to keep it fresh and raw’. Though I felt some suspicion at the creative licence used in putting these together, I also found this method richly provocative. As sociologists we put so much care into doing interviews and relatively little into using them. I’m always struck by how difficult it is to describe how we do analysis. But once that intense phase of thinking with the data is over, I wonder if we couldn’t do more with the initial material. We create written versions in transcripts that can be anonymised, shared, archived even. But what about the human voices that they represent? Healthtalkonline is a really interesting version of an attempt to keep interview data and make it useful to different people for different things. But I think even there is a risk of it losing some of its liveliness, cut up into fragments, as critics of thematic analysis remind us. Perhaps we could more often manage the issue of anonymity by making the data available in other forms, getting actors to represent or re-voice even the most personal story, animating or reanimating the data in discussion with creative people from different fields: illustrators, animators, playwrights and poets.

Even on the page I think there is more that we could do to make interview data come alive. Narrative analysis allows people to present longer chunks of data as part of a coherent story. But even in narrative papers, the transcription often makes talk look more smooth than it is. If you haven’t come across Antjie Krog’s Country of My Skull and her poetic representation of testimony to the South African Truth and Reconciliation Commission I strongly recommend it (with thanks to Rob Perks, Curator of Oral History at the British Library). I’d love to have versions of data that called to be taken out and savoured or enjoyed as I enjoy that book – perhaps like a beautifully bound hardback or an old letter. I also feel intrigued by the possibilities of reworking parts of interviews with images and sound that is ready to convey emotion.

In sum then the bittersweet tone of the programme – the songs (written by Amy Wadge and sung by Ela Hughes) used the phrase ‘brokenly beautiful’ – made me feel ambivalent about the project as a whole. Although I’m committed to working to defend the NHS, I can’t help feel suspicious of some of the more hackneyed themes of welfare nostalgia and their political uses. Despite that, there was something moving in the depiction of the NHS as flawed but still of value, and the poet’s passion for it as ‘a monument to the communal yet able to care for the individual’ making what he called a ‘lyrical bridge’ between the political idea and the experience using interviews and film.  There are moves towards what has been called ‘lyrical criminology’ –a reaction to the relentlessly useful framing of much of contemporary criminology. Perhaps we can experiment with more lyrical medical sociology, working with people in the creative arts to move and engage people in different ways.

Catherine Will is a sociologist working at the University of Sussex, with an interest in the ideas and practice of preventive medicines (like statins and aspirin) and the use of evidence, like the growing appeal to randomised controlled trials in policy-making. Catherine’s editorial, Beyond behavior? Institutions, interactions and inequalities in the response to antimicrobial resistance is published in the journal Sociology of Health & Illness, as is free to read throughout 2018.