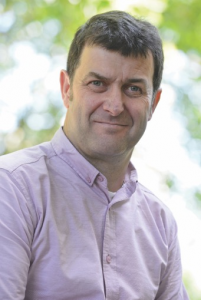 Guy Shennan is a social worker of over 25 yrs, Chair of the British Association of Social Workers (‘BASW’) and an independent consultant and trainer in solution-focused practice. He spoke to Sociology Lens about promoting a better public understanding of social work, of the need for collaboration between social work organisations and with service users, and on the benefits of social media as a means of achieving this.

What are the aims and visions of the British Association of Social Workers (BASW)?

‘We offer professional development and various facilities to social workers, organising activities such as seminars and conferences, and we offer advice to social workers. We campaign, lobby, speak to people in government and to the media, to aid public understanding of social work.”

What are the challenges and priorities for social workers and BASW at the moment?

“I think aiding public understanding of social work is a really big one. If you compare social work with helping professions like teaching, nursing, or medicine, then the general public are typically going to know a lot more about those jobs. Everyone has been to school, goes to the doctor, and most people at some point have been in hospital themselves. However, most people haven’t had any direct experience of social work. This presents a challenge for social work, and for associations like BASW, to help people who haven’t had that experience, but have perhaps read about social work in the media where sometimes there are things that aren’t entirely accurate. Obviously the media will tend to focus on certain issues, the tragedies of child deaths for example, which are quite exceptional, and you don’t see so much about the times social workers are helping and protecting people and doing the job that doesn’t get into the papers – it’s not as news worthy. So that’s an important job for a professional association to do.

‘Right now my work is quite focused on the General Election. We’re not a party political association, but we are a campaigning association, on social work-related issues. We’ve been campaigning quite a lot on austerity, which is about cuts in services, social care, preventative services for children, children’s centres, and cuts to benefits and welfare reform that many people are being hit by. BASW is firmly campaigning on those matters, against austerity measures and for social justice. Another thing we are doing at the moment, in terms of the election, is encouraging people to register to vote. We think it’s an important part of social inclusion, that  people can exercise their right to vote. I think social workers in the past 20 years in particular shifted a bit and we’ve become more focused on human rights and social inclusion and helping people to exercise their rights, to be included in society. Voting is a part of that.

‘Social workers work from the basis that we’re all social beings and that people are a part of a society and should have the right to take as full a part in society as possible. The election is quite a specific issue and some years ago I wouldn’t have thought of this as a part of social work, but now it seems like a really empowering thing for social workers to do – to encourage people to register to vote.”

What is solution-focused practice and how does it differ from other approaches?

“There’s a bit of a clue in the name ‘solution-focused’, although the name can be a bit confusing too. In traditional approaches, you ask about the problems, in order to solve them or to come up with ways of helping the person to solve their problems – and this seems to make sense, as you work with people because they’ve got problems. Solution-focused workers don’t do that, though it’s not really about finding solutions either!  The name might give the impression that the worker is trying to find solutions for the client, or even to help the client find solutions, but it’s not quite that. The starting point for the work is to help the client work out what they want, which might be to have more confidence, or be a better parent, or to have a better relationship, and then the solution-focused worker helps them describe what that might be like. So, suppose you woke up tomorrow and you were more confident. How would you know? What would you be doing? What would be different?

‘Questions like that help the person describe themselves in the future they want, as a future self they want to be, or in the relationship they want to be in. Future-focused or hopes-focused work, you could call it. The solution-focused worker will then assume that some of this future is already happening and will ask the client to describe this – what is already working for them and how they’ve got these things to happen.

‘The idea being that how people talk about themselves affects their beliefs about themselves. People often feel stuck, and sometimes people feel like everything’s bad. People have this sort of feeling that everything is either ok or not ok. I think this is all of us, not just the people that we work with in terms of our clients or service users. But if someone is able to talk about something they achieved yesterday, and something they want to be tomorrow, and how they might contribute to that, then just by talking in this way, this person is going to feel more able to do that and have a greater sense of their possibilities.”

You mentioned using media, and as chair of BASW you write a blog and are an active Twitter user. What are your views about the value of social media streams for promoting a discipline such as social work?

“I’ve been much more active on Twitter since I’ve been the chair of BASW. I feel I should do that, as chair of BASW, for our members, and for anyone else, to find out what BASW are doing. We’ve focused on developing alliances and partnerships within social work, between different social work organisations, and having stronger alliances with trade unions such as UNISON, academic groups like the Association of Professors of Social Work, and with other groups like Psychologists Against Austerity and the British Psychological Society, and most importantly with the people who use our services.

‘BASW are probably just scratching the surface of the use of social media. Twitter seems to me to be quite egalitarian. You can tweet and you can copy in any group you want. Everyone is on the same level and everyone can tweet – professional group, individual, adult or service user group. Given that it’s all about communication there’s probably ways of using any social media or other form of communication to improve our relationships and partnerships with other groups.”