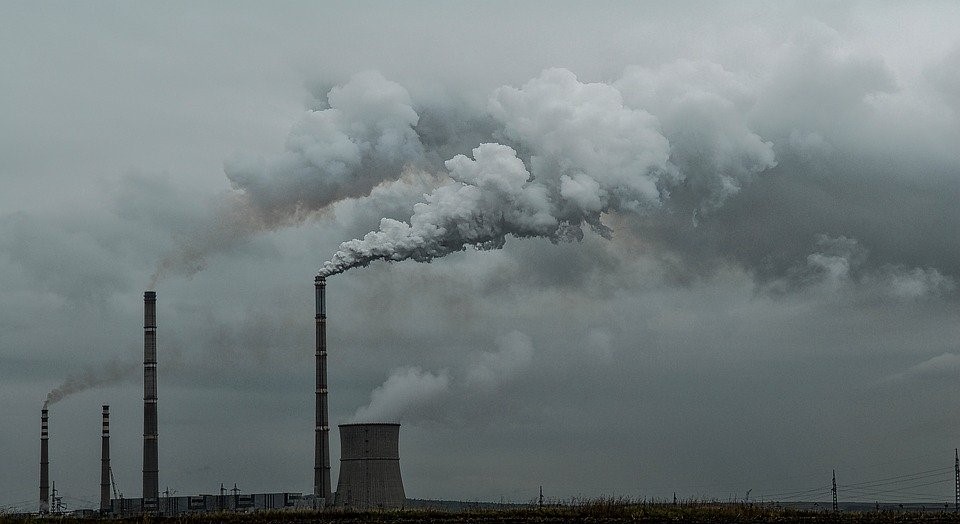 Climate change is the most serious challenge of the 21st century. Recent headline making events like wildfires in California, flooding in China, heatwaves in South Asia, and droughts in East Africa stem from human induced climate change. Scientists tells us that the risks associated with climate change are on course to intensify. This will result in enormous strain on human societies from the spread of diseases, human displacement, massive biodiversity loss, political conflict over resources, and higher mortality rates from extreme temperatures.

Given these stakes, it is highly important to know why we emit so many greenhouse gases that warm the earth’s atmosphere. The most authoritative body on the topic, the Intergovernmental Panel on Climate Change (IPCC), says with “high confidence” that economic growth is one of the leading culprits for generating emissions. This is because constant growth requires a constant use of natural resources like fossil fuels at increasingly higher rates over time. We know this is the case too because carbon emissions fell during the worldwide recession of 2008-9.

The problem, of course, is that we have built our political and economic systems around growth. It may have been good that emissions fell during 2008-9, but the consequences from the recession were so severe, that it would be hard to justify. How to manage growth will therefore be an important question for addressing the problem of climate change.

Economic growth, however, is a complex process. The standard measure of it, gross domestic product (GDP), is helpful to gauge it, but it leaves out important sociological questions. It doesn’t tell us, for example, how growth is generated, who benefits from it, and how powerful individuals control the way things are produced. Getting specific is important because the contributions to climate change are very uneven. In fact, households in the top 10% of the world’s income distribution contribute to almost half of all carbon emissions.

In a recent paper of mine, I studied how drivers of growth contribute to climate change. Specifically, I examined if the rate of profitability is associated with greenhouse gases in high-income countries – a group, along with China, that contributes to the lion’s share of emissions.

Profitability is an important measure to consider for three reasons.

First, growth depends on people trying to maximize profits from one year to the next. It’s the motor force of continuous growth.

Second, it brings to light the fact that some people have more power in the economy, like capitalists who disproportionately control how profits are used. A measure like GDP accounts for a lot of economic activity but it collapses the contributions of consumers, businesses, and government. But again, contributions are hardly equal. In the United States, for example, households account for a mere 5% of greenhouse gas emissions while industry accounts for four times as much.

Finally, profitability draws us to inequality in the economic system. There are many ways capitalists can increase profits like investing in new technology, reducing competition, and increasing productivity. Perhaps the most important way to increase profits, however, is to keep the costs wages and salaries for workers as low as possible. In the parlance of Marxist economics, when profits increase relative to wages and salaries for workers, there is increasing “exploitation.” Exploitation therefore tells us not only about the rate of profitability but where that money is or is not going.

Why would profitability, and with it, exploitation, be related to greenhouse gas emissions? In a capitalist economy, constant competitive pressure means those owning and running a business have to stay profitable or else they go out of business. They need profits so they can continuously reinvest in their business and expand. Thus, competition sparks an unending chain in which capitalists increase profits, use those profits to reinvest in order to earn higher profits to reinvest again, ad infinitum.

This cycle explains capitalism’s successful dynamism, but continual reinvestment requires continual energy use at every stage of production. Expansion of business these days requires electricity, concrete, new land to be cleared, more cars on the road, and long-distance trade. Since fossil fuels account for 86% of all energy consumption today, this means most of the energy is coming from resources that emit greenhouse gases.

My results show some support for this relationship. The profit and exploitation rates across the economy are positively associated with emissions in a country net of other factors used to explain this. Interestingly, the size of these effects in my models is actually larger than the size of per capita GDP growth. This means that the profit and exploitation rate have a larger emissions effect than per capita GDP growth. I also found that exploitation in the manufacturing/construction and transportation sectors were also positively associated with the emissions generated in these sectors.

There were some important questions I could not answer in this study. For example, I could not directly observe the role that global trade plays in generating both profits and emissions – a role that is no doubt highly important. In fact, emissions in most of these countries have stabilized or even fallen precisely because companies offshore their business and their emissions with it. I was also not able to look at reinvestment patterns and how this varies across sectors.

These issues are important to bear in mind, but my study nonetheless points to some important implications for thinking about climate change.

First, we need to get more specific about which processes and actors are driving emissions. We often simply attribute fault to things like “human nature,” “greed,” and, of course, “growth.” These culprits, however, are vague and not very helpful for thinking about how we can mitigate emissions in a significant and fair way. A more sociological way of thinking about climate change is that a small number of powerful people control how resources are used because they control how production and labor is organized. They draw down the world’s resources and emit harmful gases into the air not because they are bad people or inherently driven by greed, but because competition compels them to. It is this social system that we need to account for.

Second, the problem is not just growth, but unequally shared growth. Profitability grows when workers are paid less. This harms them and our climate. In this sense, the problems of economic inequality and climate change are not unrelated. Both stem from the fact that workers have little to no say over what to do with the profits they helped to create. If we made decision making for what do with profits more democratic, stakeholders might decide to invest that money in less ecologically harmful ways. Indeed, countries with higher rates of labor unionism have lower emissions. There are no simple solutions to the problem of climate change, but we won’t arrive at a just one without opening up who has a say in the way our economy is organized.

Matthew Soener is a postdoctoral researcher at Sciences Po in Paris where he researches social inequality, political economy, and the sociology of climate change.