A European housing crisis? How housing is becoming increasingly unaffordable and how it contributes to inequality 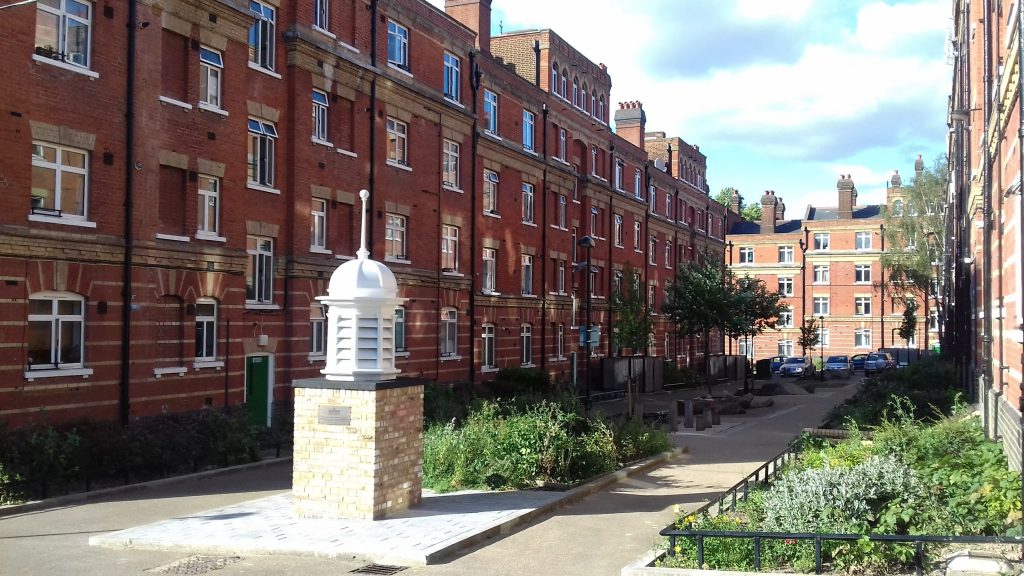 There has been a lot of debate about how housing is becoming increasingly unaffordable to many, both in Britain but also in other European countries. While much of these debates are focused on specific national or regional contexts, the latest ‘State of Housing in the EU’ report, published biennually by Housing Europe, draws a clearer picture of the commonalities but also the divergences of the emerging housing crisis across Europe. The report, which is launched at the European Parliament and the Committee of the Regions in Brussels on 17 October 2017, also shows how European policy making impacts on housing markets and how housing-related issues are viewed through the lens of EU regulation. In fact, the three key issues that the report identifies are:

The report highlights that 2016 has seen the highest annual growth rate in house prices in the EU since 2009 after having been on an upward trajectory since 2014. Peaks and troughs are much more pronounced in the UK, which has seen both a bigger drop during the financial crisis but also a faster increase in the previous year. Crucially, house prices both in the EU and the UK are growing faster than incomes, making it increasingly harder to access home-ownership. Housing costs have also become an increasing burden for renters, in particular for private renters, of which there is a growing number both in the UK and the EU.

Figure 1. Annual rate of house price change in the EU and the UK 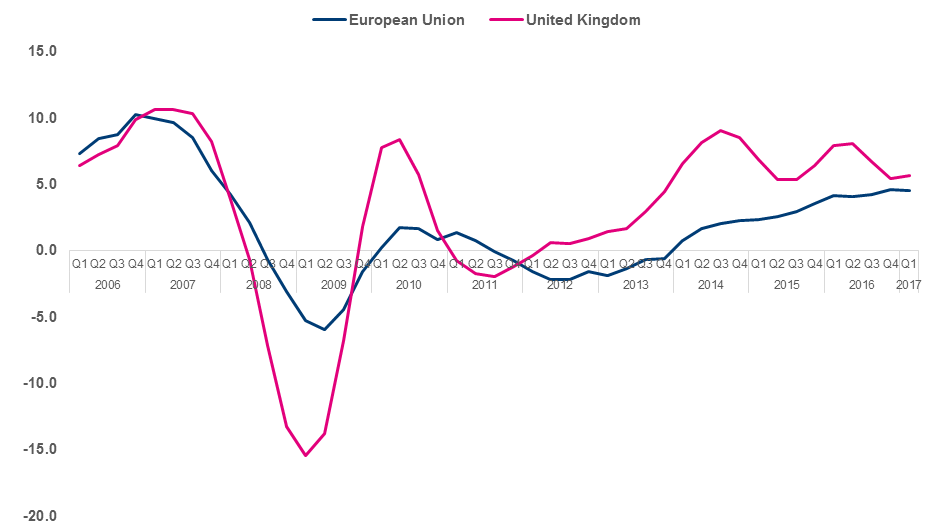 One of the key findings, however, that the report underlines is the growing affordability problem many low-income households are facing. The proportion of EU citizens with incomes below 60% of national median incomes (and are therefore considered at risk of poverty) who are overburdened by housing costs has grown from 34.5% in 2009 to 39.3% in 2015. In absolute figures this represents an additional 3.7m low-income households in only six years who are now facing severe housing affordability issues. While the proportion in the UK is 40% and hence roughly in line with the EU average, this represents a stark increase from a figure of 26% only a few years back in 2012[1].

Figure 2. Percent of households overburdened by housing costs in the EU and the UK 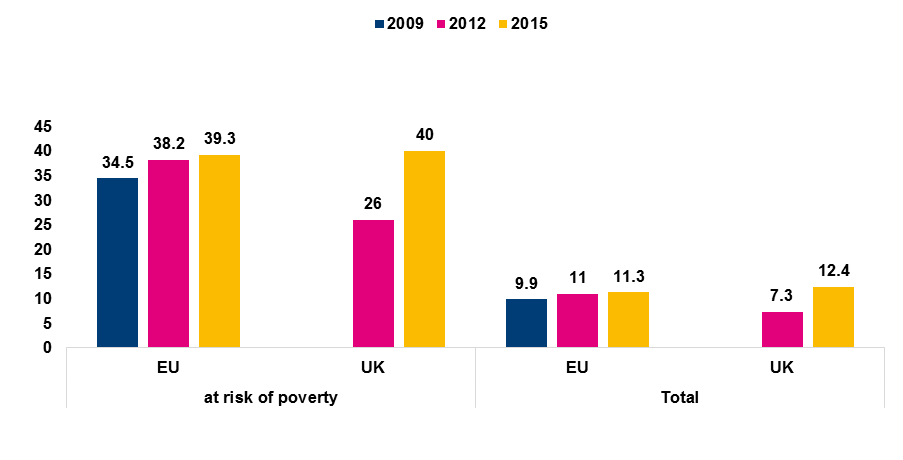 Source: Eurostat, housing cost overburden rates (data for the UK only available from 2012)

The report not only compares how housing affordability differs across countries, but also shows that it is predominantly people living in cities and in particular capital cities, who are faced with rising housing costs. In fact, the data show that the higher the degree of urbanisation, the more likely it is that a household is struggling with affordability issues. For example, while 9.1% of European households in rural environments are overburdened, it is 13.4% in cities. Already now, around three quarters of the population of the EU is living in urban areas. And pressures on urban housing markets are set to intensify given that more and more people are moving to cities, be it to find a better job, the right education or to access any other types of social or cultural infrastructure. The fact that the key housing challenges of today and the future are and will be faced by cities have also meant that cities will be at the forefront in addressing these challenges, if equipped with the necessary budgetary and fiscal capacities.

These growing pressures on housing budgets also produce new forms of inequality, both in terms of existing divisions of social class but also in terms of newly emerging generational divides. While rising house prices have meant that many home-owners have seen their housing wealth grow substantially over recent years, the situation looks very different for renters and for younger age groups who are often faced with high housing costs, in particular those renting privately. Amongst younger generations, access to home-ownership has become increasingly dependent on whether they are able to draw on family wealth, a situation which is likely to contribute to a growing social class divide in the long-term.

As such, the housing crisis has been an ‘engine of inequality’ and is likely to increase social and economic inequalities in the years to come. The crisis of affordability is also likely to exacerbate the gentrification and segregation of inner cities, restrict access to labour markets for low-income or precarious workers but it will also lead to increased levels of housing-cost induced poverty. Yet, despite the increased housing need across Europe, many countries have decreased their budgets for building new affordable homes. Across all EU countries, funding for building new homes has fallen from 54,5bn Euros in 2009 to 27.5bn in 2015.[2]

Despite this challenging context, the report also offers examples of how some countries and in particular how cities are responding to the housing challenges they face. These examples show that housing is not just like any other good but acts as an ‘integrative good’, meaning that it is closely linked to other areas, such as health, security, energy, transport, education, employment but also to local economies. Crucially, expenditure on building new affordable and social homes is an important investment into the infrastructure of a society and economy, as Cédric Van Styvendale, president of Housing Europe, has highlighted in an interview: “Social housing is a crucial investment, it’s definitely not an expense. Housing associations actively change society by providing homes, offering jobs, bringing people together.”[3]

The full report can be accessed here.

According to Eurostat a household is overburdened when total housing costs represent more than 40% of their disposable income (‘net’ of housing allowances).[4]

Household at risk of poverty:

[3] Interview with the new president of Housing Europe, Cédric Van Styvendael (22 June 2017): “Social housing should be at the core of social Europe”, available at: http://www.housingeurope.eu/resource-960/social-housing-should-be-at-the-core-of-social-europe