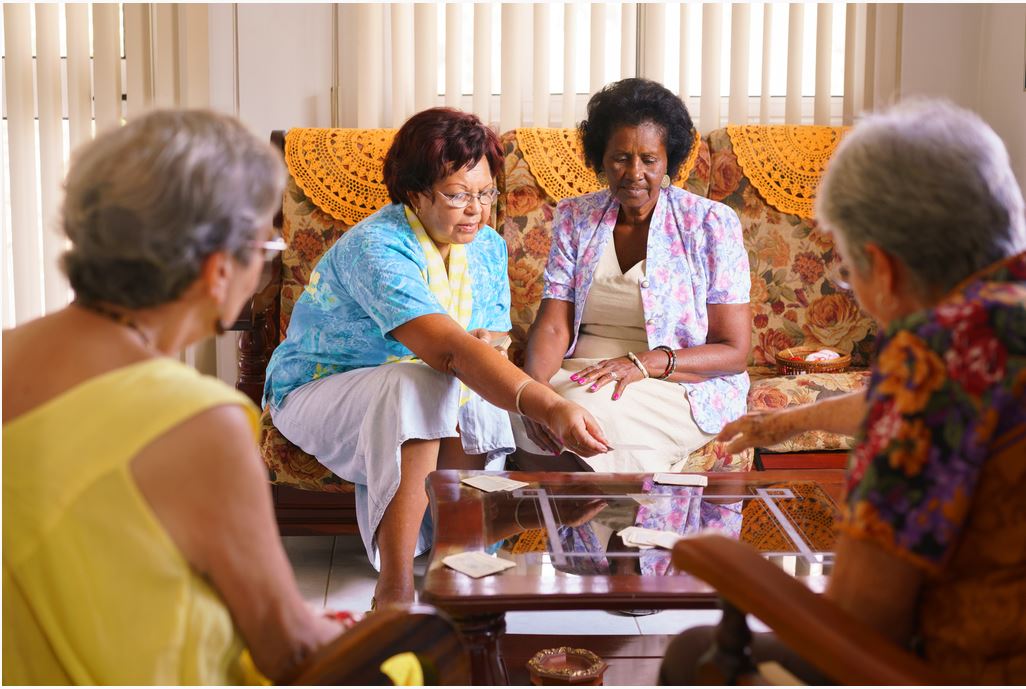 During the early-21st century, social dementia research has experienced something of an ethnic turn. This trajectory is rooted in 1990s psychosocial accounts of dementia that newly championed the perspectives of people with dementia, and the subsequent realisation that these early perspectives were rather white. In response, researchers have increasingly sought to access the dementias of minority ethnicity groups living in high-income countries.

Unfortunately, rather than meaningfully engaging with a greater diversity of dementias, much of this movement toward minority ethnicity perspectives has been concerned with judging the rightness (and more often the wrongness) of those perspectives. A wide range of groups, e.g. “South Asian”, “African/Caribbean”, “Latino”, have been questioned about dementia and found to lack the types of knowledge that the researchers consider to be legitimate. Most research in this tradition goes on to problematise these knowledge deficits, before advocating re-education interventions to save the participating populations from their purported cultural inadequacies.

In a new paper for Sociology of Health and Illness (Fletcher 2020), I focus on the specific example of senility to highlight the problems with ethnicity-focused dementia awareness research. Senility denotes a longstanding idea that dementia is caused by ageing. This stands in stark contrast to the core neuropsychiatric belief that dementia is not caused by ageing, or is not a part of “normal” or “natural” ageing. The contested relationship between ageing and dementia forms a key normative measuring stick in ethnicity-focused dementia awareness research. Senility is wrong; neuropsychiatry is right. One way in which senility is often used in research is via questionnaires that ask respondents whether related statements are true or false. These statements include:

All humans if they live long enough, will probably develop Alzheimer’s disease.

Significant loss of memory and mental ability, commonly known as senility, is a normal part of aging.

The first statement, treated as factually incorrect by researchers, is quite bizarre. It is unclear how we could ever evaluate its veracity without observing immortal humans. The second statement is similarly treated as false by researchers. However, ageing is typically associated with cognitive decline, meaning that the vague “significant” caveat is doing most of the conceptual work here. Deeming this statement to be true, as many participants do, is entirely concurrent with neurocognitive science. Then there is the use of “normal” in relation to ageing. A key insight of the sociology of ageing is that we should beware of prescriptions of normality, yet the dementia field is characterised by widespread acceptance of neuropsychiatric articulations of “normal” ageing.

Such acceptance is indicative of a wider lack of critical thought regarding dementia. Social research often seems to be dancing to neuropsychiatry’s tune, spreading political messages without reflection on the consequences of doing so. Neuropsychiatric dementia is a hypothetical and evolving entity, with controversial social and political ramifications (Fletcher 2019a, 2019b). Nonetheless, social scientists repeatedly take this entity for granted and propagate it. Well-worn critiques of the “dominant medical model” abound, but these mostly bemoan historic abuses and argue that people with dementia should be treated humanely. They rarely question underlying neuropsychiatric beliefs.

The result is a diminishing of alternative understandings, typically cast as “beliefs” in contrast with neuropsychiatric “knowledge”. Among Native American communities in Oklahoma, the “delusions” often seen in dementia are understood to be glimpses of the afterlife as the person nears death. In my own research, people in the UK attributed their dementias to entanglements of ageing, illness and personality (Fletcher 2019c). These approaches don’t offer simple and unproblematic fixes for dementia, but then neither do neuropsychiatric imaginings of discrete neuropathologies dissociated from ageing.

Neuropsychiatric dementia beliefs can also have dubious consequences. Since the 1970s, they have been used to justify substantial resource accrual by third-sector and research organisations based on promises of future cures, to transform dementia into the UK’s most feared illness, and to expand the diagnosis of conditions with poor (sometimes deadly) treatments in a political context of scarce service provision. Neuropsychiatric dementia beliefs are not necessarily worse than other beliefs, but social science’s unquestioning acceptance and reproduction of them precludes debate and diversity. It is hard to see how meaningful alternative ideas can be nurtured when social scientists are complicit in suppressing dissent.

This suppression is explicit. Ethnicity-focused awareness research typically concludes by openly advocating educational interventions to combat the study populations’ beliefs and cultivate better knowledges. Some have gone as far as orchestrating interventions, successfully preaching the neuropsychiatric gospel. These practices embody an imperial psychiatric ethic. Researchers act within a moral imperative of combatting wrongful ethnic beliefs with rightful white knowledge. Such ethnicity-targeted endeavours imply that a white population has achieved some greater mastery over dementia. It hasn’t.

It is a crucial time to reflect on our relationships with neuropsychiatry, dementia and ethnicity, because the awareness enterprise is going global. A growing body of research is applying the same approaches in low- and middle-income countries (LMICs) – assessing the population’s knowledge in relation to neuropsychiatric beliefs, deeming that knowledge to be deficient, and advocating educational interventions. LMICs represent virgin terrain for the expansion of neuropsychiatric dementia beliefs, which have historically been limited to North America and Europe. Social scientists might consider their role in this expansion. Ultimately, researchers should reflect on their knowledge about dementia, where that knowledge comes from, and the consequences of that knowledge, before enacting racialised knowledge hierarchies.