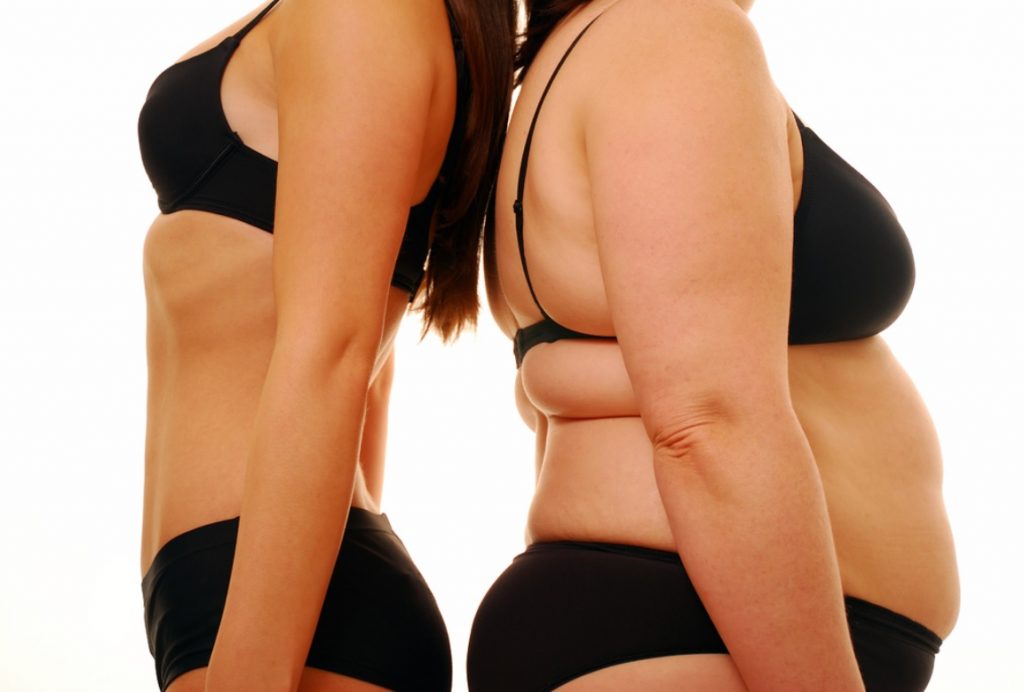 Apart from the fight against fat shaming, other approaches to body positivity range from anti-shaving decisions, to unretouched campaigns by which certain media channels reject photoshopped pictures, to accepting body changes during and post-pregnancy, to celebrities’ body positivity advice (Money, 2017). Arguments are made that body image is no longer essential for an individual’s self-definition (Murray, 2007) and yet contradictory comments in body positivity forums show fluctuations between individual options and social pressures. An analytical overview of social media cues on body positivity reveals hashtags that are focused on a holistic idea of health (e.g. #Losehatenotweight and #Health at Every Size). They promote the reality that having a ‘fat’ body and being a healthy individual are not mutually exclusive (Phelps, 2016). Platforms for sharing experiences such as #Diagnosisfat challenge paradigms concerning size-based oppression, and reveal stories about mistreatment and misdiagnosis on the part of the medical profession.

In the versatile arena of social media, campaigns such as #plusisequal, #droptheplus, #rockthecrop, #plussizeplease, and #effyourbeautystandards have worked to dismantle the negative connotations surrounding the language of ‘plus size’ in the fashion industry (Phelps, 2016). Fat body narratives that these semantic networks unravel constitute unapologetic accounts of agency, empowerment, and love – of both the self and other fat or slim bodies alike. Hashtags such as #riotsnotdiets and #fightfatphobia emphasize the need for overweight people to reclaim their rights to be treated equally, and fight against social exclusion in all areas of public life, from workplace discrimination to school bullying and many more. As such, hashtag language helps to dispel cultural myths that fat individuals are lazy, stupid, or morally wayward (Erdman and Farrell, 2011; Rothblum and Solovay, 2001).

Both pro-fat and anti-fat comments can be found currently on resources and publications such as the body positivity section of The Independent. Disputed topics on overweight acceptance emphasize strategies to feel good about one’s body, and create a sense of secured locus of elective micro-citizenship derived from belonging to a Gemeinschaft. As such, members share their experiences and impressions – even if diverging and sparkling debate – on being overweight. Analysing the comments, some interesting threads emerge.

One confession on the worrisome rumination and burdensome lingering of cravings is illustrative in this respect: “But that desire to binge is still out there – on the periphery of my consciousness. I worry about the temptations during the upcoming holidays”.

This inescapable luring power of food sets the stage for failure in complying with diets and frames the process of overeating as understandable, if not altogether legitimate. The ideology of prevailing consumerism frames the root cause of fatness in the cultural predilection for high-quantity and high-quality food intake: “Our consumerist society is set up for people to get fat. Rich food (and lots of it) is part of our culture”.

Another stream of argumentation compares overweight persons to smokers and alcoholics to highlight the addictive dimension of food. Individuals are depicted as helpless to refrain from over-consumption that corporations induce, and therefore in need to be protected two-fold: the system, and from themselves and their cravings:

“It takes an extreme amount of education to understand how our bodies process all the sugar that we consume, often in foods we don’t even perceive as sweet. This is problem that needs to be dealt with at a much higher level than individuals. The shame goes to the food conglomerates that are poisoning our country. We need to stop having these foods packed with sugar continuing to make people chase the sugar high!”

In reaction to fat shaming, like-minded comments boil down to the idea that food producers are to blame for the exponential rate of overweight proliferation:

“No one shames the heads of corporations who slice their workforce to the bone and then force employees to work double shifts so that there is no time in the day either to cook or to work out. No one shames the heads of corporations who pump our food supply full of antibiotics, which have been known for 40 years to have the effect of fattening mammals and altering gut flora. Indeed, we put these people on the covers of magazines and call them hero industrialists”.

Such body positivity voices criticize corporate wellbeing initiatives for hypocritically advising employees to cook elaborate homemade meals and exercise frequently, while requiring them to dedicate a great proportion of their time to work. Other critical comments denounce fat haters as narrow-minded, ignorant, uneducated people who lack commitment, motivation and a horizon of positive expectations. The antidote to fat shaming for both targeted victims and perpetrators constitutes the sustained involvement in stimulating actions.

“We can all tune out this kind of negativity: Fuel your journey with love, not hate […] Beauty isn’t one size fits all. […] There are no limits to beauty, when we don’t let our prejudice dictate who we are or what we believe”.

Aiming to strengthen this perspective and become more persuasive, contributors cite celebrities’ declarations, such as Serena Williams: “I don’t have time to be brought down, I’ve got too many things to do”.

Another aspect brought into debate counter-acts detractors’ position that being normal weight is exclusively a question of willpower, placed under individual control:

“Americans worship productivity, hard work, and discipline. Work-wise, we are among the most disciplined people in the world (but also among the fattest). I am certain that discipline is not the issue here”.

Body acceptance discourse provides structural rationale why the establishment and the labour market impose current sedentary lifestyles. A comment points to the reversal of past social history trends, wherein the wealthy were overweight to demonstrate their prosperity, whilst the poor classes were thin by necessity, not by free will:

“Things have flipped now with the wealthy being thin and the poor being obese because of both changes in culture, the American diet with high calorie foods being cheap and tasting good, and that physical labour at work and physical activity such as walking or climbing stairs are much rarer things”.

The macro-view of obesity as societal epidemic reveals a line of argumentation attuned to economic considerations on costs and other resources deemed as wasted:

“The U.S. obesity epidemic has real and significant costs to everyone in in society, requiring additional health care, mobility services, and infrastructure. It is also a burden to the planet, when considering the greater resources required and consumed by a person that is obese. No one should be shamed for obese, but pretending it is on the order of a civil rights issue is disingenuous”.

These arguments are invoked in opposition to the idea of overweight as civil right. The analysed testimonies display scepticism and critical reflection over contradictory scientific findings. Research is criticized for attributing or reassigning legitimacy according to one group’s own interests. Anti-body positivity perspectives invoke arguments about pseudo-scientific alternative explanations that bypass the idea that losing weight is manageable with the right amount of motivation and perseverance.

“You seem to be woefully behind the curve in reading about current research, which shows that everything from a history of taking antibiotics to gut flora to previous dieting attempts affect weight. Education is a matter of willpower. Maybe you should get some?”

Anti-fatness reactions prompt towards a seemingly simple dietary choice that every consumer should be aware of, i.e. the balanced calorie intake-output ratio. The appeal to basic logic unfolds like this:

“One amazingly effective way not to get fat-shamed is not to eat more calories than your body requires. When you do that, you get fat. I just don’t see what’s so mystical or epigenetic or willpower-immune about it.”

Other comments emphasize the controversial aspects of the conversation on body positivity that triggers a dispute-prone minefield, especially in the case of obese children: “For obese kids these days even focusing on health and not weight is loaded”. Health and weight issues constitute a taboo topic of discussion due to being highly controversial.

There are opinions that stress body positivity as tyranny of the virtue that enforces an artificial terminology based on politically correct discourse: “Not calling an obese person, as “fat”, is patronizingly inane. Is it fine to call out a skinny person, or is that taboo too? Can we describe someone as bald, or is that not politically correct?” Critics feel this paradigm is overbearing in that it cancels freedom of moral thinking: “And let’s add to that list of things we need to outlaw: lazy shaming, dishonesty shaming, greed shaming”.

In a similar vein, positive discrimination and affirmative action that body positivity legitimation elicits are criticized because they can result in an ethical risk for losing the discernible dividing line between right and wrong, as it blocks value judgments:

“The obesity epidemic is bad, not good, and should not be justified as inevitable”.

“I believe that in the interest of preventing discrimination the U.S. has gone to the other extreme in acknowledging obesity as ‘normal’. The ‘pro-fat’ lobby is not doing its citizens any favours by making fatness acceptable”.

Detractors of body positivity highlight the motivational value of fat-shaming. Such anti-fat activists argue obesity is not a disability or disease and should not be equated with types of discrimination such as gender, age, or race-based. The difference being that, compared to these ascribed features, being overweight is a matter of individual lifestyle option.

“Being overweight is unnecessary and self-defeating in so many ways. Shaming may be wrong, but societal approval is far worse. A healthy body improves self-image, enables a wider variety of pleasures — and reduces health care costs. Stop excusing people for giving up. We ought not be shaming people for being fat.” (C9)

The debate between body positivity supporters and detractors can be divided into structural (macro-level) and individual (micro-level) layers. Whereas supporters endeavour to convince public audiences that being overweight is either a feature beyond the individual control, or a marginal feature unworthy of further scrutiny, that should be left to personal taste. Body positivity voices claim a transition from acceptance to attractiveness and rebel against mainstream aesthetics of perfectly proportionate body shapes. On the contrary, their critics argue that individuals are to blame for being overweight and the rest of society should not pay the cost for these persons’ needs of extensive support.

The body project is the subject of ongoing debate, as explanatory models mark the transition from harmful implications, to positive feelings, to undoing overweight and its social implications through body reconfiguration. This transition implies dismantling body prejudice and decolonising the overweight issue, as well as other triggers of body rejection and stereotyped perception. Overweight persons strive to affirm their identity by incorporating a body acceptance philosophy into their personality and lifestyle. Once expulsed from one’s life project, extra body weight currently seems steady on the way to ascertaining itself as acceptable.

Money, C. (2017). Do the clothes make the (fat) woman: the good and the bad of the plus-size clothing industry. Siegel Institute Ethics Research Scholars. Volume I. The Ethics of Clothing. Pp.1-21. Retrieved: https://digitalcommons.kennesaw.edu/cgi/viewcontent.cgi?referer=https://www.google.com/&httpsredir=1&article=1004&context=siers.