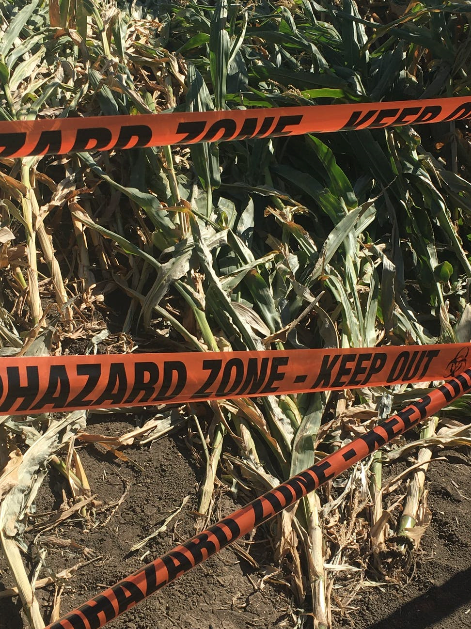 Racial disparities in health are undoubtedly one of the most significant public health issues of our time. According to the National Institute of Health, racial and ethnic minorities suffer from a higher incidence of a wide range of negative health outcomes than Whites, such as preterm births, obesity, heart disease, and cancer. COVID-19 has been no exception, with people of color being disproportionally affected by the pandemic both in terms of infection rates and deaths. Studies have shown that these disparities are the result of numerous factors tied to the pervasive and ever-present racial inequalities in U.S. society – discrimination, lack of access to adequate healthcare, and stress to name a few; all more likely to affect people of color more so than their White counterparts.

Since the early 2000s, sociologists have studied racial residential segregation and its key role in contributing to the significant disparities in health seen between Black and White people, specifically. As a result of decades (if not centuries) of discriminatory legislation, lending practices, and distribution of resources, Black Americans have become segregated into the “least desirable” communities and neighborhoods across the country. Through economic divestment, these areas often lack good schools, employment opportunities, and community resources, and experience higher rates of crime. Since these neighborhood and community-level effects shape the socioeconomic conditions for Black Americans, and socioeconomic conditions have great bearing on health outcomes, racial residential segregation is a key determinant of racial disparities in health.

The impact of racial residential segregation on health disparities is also driven by the environmental factors – what is commonly referred to as “environmental inequality”. According to a 2017 report from the Clean Air Task Force and the N.A.A.C.P., Black Americans are 75 percent more likely than others to live in communities near hazardous waste sites. Unsurprisingly, living in proximity to these waste sites has severe impact on health. Pollution (whether through air or water) is associated with increased risk of lung disease, asthma, heart disease, and even many forms of cancer, contributing to higher mortality rates in communities that are located near sites emitting a lot of pollution. And it’s not by coincidence that these communities tend to be predominantly Black – in Philadelphia, for example, thousands of public housing units were purposefully built in zones labeled “hazardous” to counter the lack of loans being approved for homes in the area. Because of all of the economic inequalities that trace along racial lines, the people who subsequently moved into these units were mostly Black.

In a recently published article in Sociological Forum, authors Thomas Marlow, Scott Frickel, and James R. Elliotdig deeper into this issue of the interplay between racial segregation and environmental hazards. The authors point out that previous studies on the topic have not adequately considered how the sites for hazardous waste sites and patterns of residential segregation are changing over time. After all, industrial plants change location, and neighborhoods gentrify and shift in their spatial boundaries. Considering these processes, they authors investigate how changing industrial land-use patterns and changing residential segregation interact with each other over time, and what this means for exposure to environmental risk.

Using longitudinal data from the Rhode Island Directory of Manufacturers and tract-level U.S. Census data , Marlow et al. examine the effect of changing industrial land-use on changing patterns of residential segregation in the last 30 years. Their analyses give both good and bad news. While African American and Latinx populations in urban Rhode Island have both become less likely to live in neighborhoods with proximity to active manufacturing facilities over time, they are now instead more likely to “concentrate in formerly industrialized neighborhoods whose factories have since shuttered and where legacy pollutants likely still linger” (p. 17). As such, while people of color may be less likely to live near active hazardous waste sites than 30 years ago, many are still living in what the authors call “legacy sites” – where they may be exposed to the remains of dangerous pollutants. Interestingly, the authors also find that Latinx residents face a disproportionate burden of environmental risk, more so than African Americans (who have historically been hit the hardest by racial residential segregation).

Although this study and its predecessors have shed invaluable light on the relationship between racial residential segregation and environmental hazards, the full impact of these issues on public health still remains unknown. Precisely because environmental exposure and segregation are such ever-changing processes, as Marlow et al. point out, current patterns may have effects for years to come – no matter how much work is put into improving the environment in the near future. Needless to say, given the crippling racial health disparities these issues produce, they should be made a top priority in policymaking and legislation. It is, in many ways, a question of life or death.