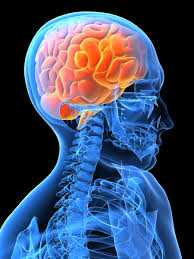 Last Wednesday, Cheryl posted an interesting analysis of the nature vs. nurture debate that has plagued the social and biological sciences since their emergence. More and more research, from both disciplinary areas, is accumulating to overturn this simplistic dichotomy. Rather than thinking of ourselves as purely determined by our body chemistry and structure OR by our social environment, it is useful to think of ourselves as what Donna Haraway terms “material-semiotic” entities—that is, as unique combinations of natural and cultural elements. This way of theorizing the relationship between nature and culture—or rather, the mutual and continuing construction of nature and culture—is given to us by critical science studies scholars. By thinking, as Haraway does, in terms of “naturecultures,” we escape the nature/nurture divide, merging the two inseparably. What we call “nature” and “culture”/“nurture” are actually mutually constituted.

Lisa Wade’s recent Sociology Compass article, and Cheryl’s post, both focus on the implications of emerging research on gender inequality, but it is clearly applicable to other forms of inequality as well. In this brief discussion, I’d like to turn our focus to the topic of racism. How can thinking of ourselves as material-semiotic entities push us to challenge racial inequality in fruitful ways? Well, sociologists have long argued that race is not natural, but a social construct. It is merely a set of categories applied to skin tone variation that is best explained by geography (the fact that groups of people evolved in different environments, and developed different amounts of skin pigmentation), not inherent differences in intelligence, behavior, or moral capabilities. If race is a social construct, then so is racism, or our fear of “racial others.”

As it turns out, it is a little more complicated than that. A fascinating piece of neuroscience research is of interest here. Eva Telzer, Kathryn Humphreys, Mor Shapiro, and Nim Tottenham, researchers from the University of Illinois and UCLA conducted fMRI brain scans on a group of young people (both white and black) to study how their brains responded to images of racial others. In particular, they looked at the amygdala, the brain structure that appears to be related to emotion and threat detection, and thus, with racial fears. The scans have been used in this type of research before, but have usually been conducted with adults so they have had little to say about the development of racism. What the researchers found is illuminating. Children do not seem to evidence any brain activity in the amygdala when shown images of African Americans. Adolescents (by about age 14), on the other hand, do. This suggests that children learn racism from their environment, but it takes a while before it “sets in.” But it does set in. Fear of black faces, this research suggests, becomes second nature; it sort of cements itself into the workings of the brain. This is a scary notion because, to promote antiracist politics, we must not only work against people’s preconceived ideas, but also their unconscious brain processes.

But the story doesn’t stop there. The researchers offer another interesting finding. The amygdala effect is less in more diverse environments; adolescents with a highly diverse peer group, showed almost no effect. It is possible that the heterogeneity of one’s peer group may mitigate racism. That is to say, perhaps people who are raised in more racially and ethnically diverse environments learn racial acceptance rather than fear. The researchers are careful not to argue any type of causation here. Just as a more diverse environment might lead to a less active amygdala response, there is another possibility—those with a lower amygdala effect (a less “racist brain,” if you will) may seek out more diverse peer groups. (Since 14 year olds have little control over their environments—the diversity of their schools or neighborhoods, though, I am inclined to believe the former.) Either way, this phenomenon is best understood as the result of material-semiotic processes—our nature is discursively produced, but is not just “made up,” because it, in turn, influences the way we interact, our culture.

We need to push this research further to see how we might influence brain development in ways that align with social justice. As Cheryl suggested in her post, we can use toys and games to train girls’ brains to give them an equal edge in STEM fields and this neuroscience study suggests that promoting heterogeneous schools and integrated neighborhoods might promote some of the goals of antiracist politics. But what else can we do? If we embrace what critical science studies tells us, the possibilities seem to open up dramatically. It may be more complicated to think of naturecultures, but it may also be worth it.

Lende, Daniel H. and Greg Downey. 2012. The Encultured Brain: An Introduction to Neuroanthropology. The MIT Press.

Pitts-Taylor, Victoria. 2010. The Plastic Brain: Neoliberalism and the Neuronal Self. Health: An Interdisciplinary Journal for the Social Study of Health, Illness and Medicine 14(6): 635-652. (In this article, Pitts-Taylor offers a cautionary tale about how cultural discourses have described brain plasticity, the brain’s ability to change)