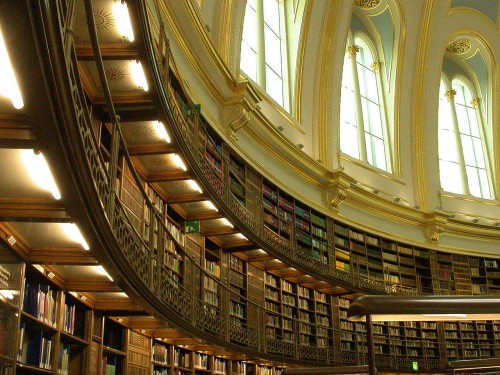 Being a WOC (Woman of Color) or MOC (Man of Color) in a graduate program is a unique experience. The opportunities made available to you become a great resource for networking, strengthening a skillset, and producing valuable research that provides a unique contribution to your field. Some departments offer grants to their graduate students while some pay for tuition waivers, however some students are left to fend for their own sources of funding. During this period of learning to become a graduate student and all that the title entails, it can become difficult for one to navigate. While the majority of graduate students have to go through an adjustment period, there are certain adjustments that graduate students who hold a minority status have to deal with that many students who meet the requirements of being a member of a dominant status group do not have to experience. While many scholarships and awards are available and designed to seek out minority students, it is still the case that the majority of scholarships go to White students. Similarly on the receiving end, many MOC faculty, and especially WOC faculty consistently receive lower student evaluations and retention rates from their universities of employ (Pittman 2010). These statistics are the result of various interactions that have taken place over time that some would describe as the consequence of racial microaggressions.

Structural racism exists and can be seen in the entry rates and graduation rates of minority undergraduates and acceptance rates of racial minorities into graduate programs. These numbers, although slight, have been made possible by changing dynamics such as social movements throughout the years (e.g. various civil rights movements to include the Black Power Movement, National Indian Education Association, El Movimiento, etc.) as well as legislative advances (Brown vs. BOE which called for school desegregation in K-12 programs nation-wide and Affirmative Action which led to minority access and pathways into professional and collegiate opportunities.) However as structural concerns regarding institutional racism have yet to be properly addressed, these advances within institutions have also created opportunities for those who would perpetuate microaggressions. Those who might not believe that Affirmative Action serves as a mechanism of inclusion and see it instead as a means of exclusion towards members of dominant status groups would dispense such beliefs. A microaggression would occur, for example, if it was expressed to a minority student that they were accepted into a program because of Affirmative Action instead of their abilities. This undermines the minority student’s skills and implies that they were never in possession of such capabilities. It is easy to see how over time these type of comments, daily occurrences (i.e. microaggressions) can come to have an effect on a minority student.

Along with structural racism, especially within academia, is the legitimization of knowledge, especially concerning the field of social sciences. Historically, academia has been made up of a specific demographic.  Along with this demographic it goes to reason that the knowledge acquired and produced has been biased simply given the demographic makeup of the seekers of knowledge. Near the late 1980s however, serious efforts were put in place to expand the realm of legitimate knowledge within the social sciences with advancements such as Critical Race Theory and Black Feminist Thought (Crenshaw 1989; Lorde 1984; Collins 1990). Studies concerning intersectionality, race, gender, feminism, and other important issues were being addressed differently and not being used as control variables in academic studies. The validity of these variables and their underlying characteristics were being examined for legitimacy in their own right. Studies that examined what it means to be Black, Latina, Transgender, Bisexual, Asian, Multiracial and other racial/ethnic, sexual or other minority status group were beginning to be conducted; however within academia in present day, microaggressions still occur with the aforementioned groups as targets. Change is a slow process and within academia today it is still very much an “Ivory Tower”. Microaggressions—intentional or unintentional—occur on a daily basis and individuals should take care to recognize the changing state of academics and the expanding knowledge and legitimacy of what comprises academia.

Moving Forward: So what might one be able to do in order to combat the reality of microaggressions?

Educate yourself. Be sure to read journals and academic blogs that you might not usually subscribe to. One who has chosen a life of the academy should not limit themselves to their own specific field. Yes specialization is increasingly important in today’s professional realities but do not let the specialization of a field limit you to the reality of the dynamic world that comprises all of academia.

Advocate for others. When you see instances of injustice, racism, prejudice, or witness a microaggression speak up. Perhaps you do not have to intervene as it is happening, but talk to the victim, let them know that they are not alone. Sometimes acknowledgement of the event is enough to ease their minds as they do not have to experience the aftermath alone. There are certainly more formal ways of advocation but this is a tricky subject; in time, support groups can be formed or more formal actions might be necessary to stop the occurrences.

Do Not Tolerate. Desmond Tutu said “If you are neutral in situations of injustice, you have chosen the side of the oppressor.” Do not tolerate these instances. Given our paths within academia it can be scary to navigate moments of racism and oppression. Do not tolerate these occurrences. Stand up. Speak up. Address the situation. Graduate students are faced with the reality of enormous pressures upon acceptance into academic programs. Given the realities of outside life events, and the rigor of curriculum, minority students do not need the added pressures of dealing with the mental, emotional, and potentially physical affects of having to navigate the repetitive occurrence of microaggressions.

Pittman, Chavella T. 2010. “Race and Gender Oppression in the Classroom: The Experiences of Women of Color Faculty with White Male Students.” Teaching Sociology. 38(3):183-196.