The Soda Ban and Sociology 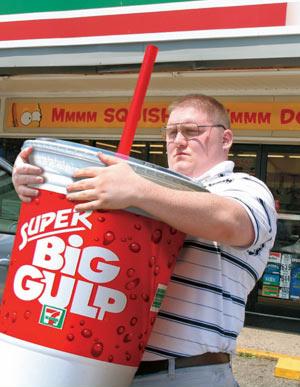 In the past few weeks, New York City Mayor Michael Bloomberg has made national headlines with his proposal to ban large sized sodas at restaurants, theaters, stadiums, delicatessens and food carts.  The proposal aims to encourage people to drink less of the obesity-causing sugary drinks.

The immediate reaction in the media was not kind.  Those on the political right attacked the ban as an assault on personal freedom.  Even those associated with the left, like comedian Jon Stewart lambasted the proposal.  A full page NY Times advertisement featuring Mayor Bloomberg in a dress was entitled, “The Nanny: You only thought you lived in the land of the free.”  These criticisms are not, in my view, simply part of an ideological battle about the proper role of government but also part of a disagreement over the validity of the sociological imagination.

Of course, there are valid questions about the proposal.  For example, would reducing cup sizes lead to lower soda consumption?  How much impact does soda have on obesity? These are empirically verifiable and scientific questions, but the notion that the cup size ban is an assault on freedom relies on an anti-sociological understanding of society. 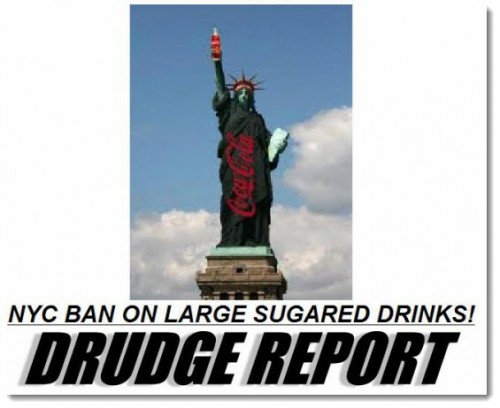 In case anyone thought I was making up a strawperson

The assertion that choice is being taken away by the government assumes that either cup sizes result from free and unencumbered choice in the marketplace or government control. Choices, however, are not unencumbered in the absence of government dictates but instead, conditioned by an array of social factors.

People make choices within social contexts not entirely of their own construction.  Without this basic tenet of sociology, social norms and social structures would be irrelevant.  Every social phenomenon from crime to politeness would be explained as follows:  crime exists because people choose to commit crime and politeness exists because people choose to be polite.  If these assertions were all we needed to know about society, PhD programs in Sociology wouldn’t exist.  But, since an individualistic analysis of social life is both overly simplistic, and often tautological, our society needs a sociological imagination and the social research that academic sociology produces.

With regard to obesity, the assertion that someone should be free to choose obesity-causing products suggests that individual choices caused rising obesity rates.  The notion has broad appeal as obesity, like other social ills, is often viewed as a moral failing.

The non-random distribution of obesity across time and place requires a social rather than individual explanation.  Research confirms that social contexts condition obesity rates.  A series of social factors and institutions like advertising rules, food labeling, the FDA, nutritional guidelines, school lunches, the farm bill and various agricultural policies and even trade policies substantially alter our food environment.  The question is not whether our food environment is managed, the question is whether profit-seeking companies manage it or a democratically elected government manages it.  Dealing with obesity and ignoring the social context will likely lead back to the moralizing and victim-blaming that distorts so many other social problems in our society.

People often take offense to societal explanations for what they deem personal behavior.  Sociologists, therefore, must be clear that we are not saying that living in an area with unhealthy food will make someone obese.  Or conversely, that everyone who lives in a healthy food environment will be at their ideal weight.  Diet is conditioned by but not determined by a set of social factors. 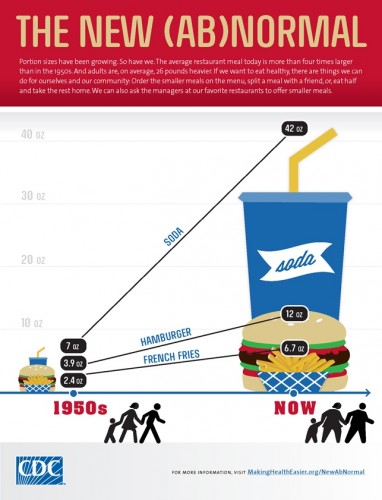 An example of shifting social conditions

Perhaps a sizable portion of the public understands that individual diets and social conditions are related.  The public reaction to the cup size ban was actually not as negative as I was led to believe by news headlines.  Instead, a slim majority 51-46 opposes the ban.  Women narrowly support the ban 50-47.  The poll also asked questions like whether the government should be involved in people’s eating and drinking habits (46 percent say yes).  Conversely, I wonder how many respondents believe that large institutions (e.g. major corporations, government) can be neutral with regard to eating and drinking habits.  I also wonder whether or not the libertarian beliefs that underlies much of the “freedom” discourse in contemporary America are anti-sociological?  Or put another way, is the sociological imagination a political position in contemporary society?  Is the excerpt from C. Wright Mills’s The Sociological Imagination that so many Intro to Sociology courses assign a political statement?

Pieterman, Roel – The Social Construction of Fat: Care and Control in the Public Concern for Unhealthy Behavior

Lee, Hedwig – Inequality as an Explanation for Obesity in the United States