Rural Poverty – do we need a sociological perspective? 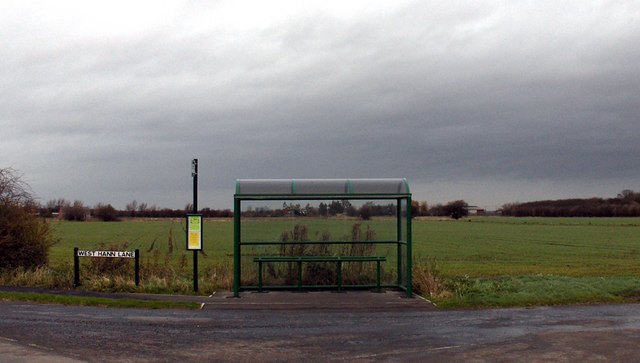 Rural poverty has received relatively little attention from scholars in Europe or the USA, often regarded as secondary to more visible urban poverty. Lately, however, rural disadvantage has received unexpected attention, if only for its perceived role in generating political upheaval (see Krugman, Hank or Guilluy for example). Divergences between rural and metropolitan electoral results, support of populism in rural areas and even the rise of protest movements in the countryside have prompted a renewed interest in urban-rural disparities and rural feelings of inferiority and marginalisation. What can sociology tell us about rural poverty and disadvantage?

Despite important achievements, rural poverty and disadvantage remains a marginalised theme within both rural studies and social research. In our recent paper in Sociologia Ruralis, we reviewed the existing state of knowledge and identified six themes for further investigation and policy development. This short article summarises these challenges.

Europeanisation and internationalisation of rural poverty and exclusion research

Looking back at rural poverty research in the last two decades, we notice a concentration on a few, particularly English-speaking countries, notably Britain and the US. This is problematic because the British case is exceptional in Europe, with processes of rural middle-class colonisation well documented. Rural poverty not only constitutes a quantitatively more serious problem in many other European countries but also its forms and drivers are different, whether it concerns ethnic rural poverty, the problems of post-socialist rural transformation or the effects of austerity in southern European countries. Recognising this diversity presents a major challenge for rural poverty research, complicating cross-national comparisons and theoretical conceptualisation. The concept of unequal spatial opportunity structures offers one potential avenue for understanding the drivers of social disadvantage and poverty in different regional and national contexts.

Rural areas are highly differentiated, both in terms of their access to employment, services or social networks, and in terms of their social characteristics. There is a need to examine spatial inequality (see Hooks et al. 2016) and place-specific factors of rural disadvantage, including power relations and stigmatisation. With residential segregation evident in many cities, urban research necessarily investigated place- and neighbourhood-related factors underlying poverty whereas rural research has not. Place-based specifics and geographic variability also operate on the macro level in relation to rural lives and economies, with deep impacts upon inequalities.

The countryside is as globally interconnected and interdependent as towns and cities. The concept of the ‘global countryside’ provoked a lot of research on rural economic restructuring, food chains, tourism and migration. Compared to it, the rising importance of global actors in transforming rural places, and global-local negotiations and configurations in driving social polarisation and rising inequalities within and among places has not been sufficiently explored.

Despite critiques of the concept of social exclusion, its deployment in rural research has facilitated a multidimensional, dynamic approach which highlights the interaction of different systems of resource allocation and related capacities to act, connecting structure and agency. This has encouraged investigation of the interconnectedness of labour market participation, housing, service provision, transport, childcare, social welfare, family and community engagement which characterises the day-to-day experience of rural dwellers, as well as drawing attention to power relations and ‘voice’. Shucksmith has further proposed to incorporate power relations into the study of rural inequality by rural class analysis, based on the writing of Pierre Bourdieu. This would conceive of class as a discursive construction and identity formation, inextricably bound up with place and mobilising around place-based issues. Increased emphasis on different social hierarchies (not only class) and new sources of inequality such as precariatisation of work would enable us to draw a more nuanced picture of rural poverty and its causes.

Under the influence of the cultural turn in human geography, many rural scholars moved in the 1990s away from concerns with incomes and material assets towards studying how people in rural areas may be marginalised through cultural practices in everyday life and especially through the social construction of identity and symbolic capital in social and lay discourses. This opened new spaces for the study of (subjectively perceived) poverty, exploring processes of stigmatisation, discursive power and symbolic violence in the construction of rural disadvantage. With populist discourses emerging in many countries of rural people and places being left behind and disempowered, these insights are particularly valuable and can be the basis for further avenues of investigation into the production and reproduction of poverty and inequality, feelings of inferiority, and resulting mobilisation.

The dynamics of rural poverty

The concept of social exclusion emphasises not only multidimensionality but also a focus on the underlying dynamic processes. For this reason, Shucksmith and Chapman called for longitudinal studies to explore the dynamics of disadvantage in rural areas, using either quantitative skills to analyse longitudinal household panel data or qualitative skills to pursue a life-history or oral history approach. In either case, the intention would be to yield a greater understanding of the pathways or trajectories which lead into rural poverty (including the ‘trapdoors’ and ‘trampolines’ associated with moves into and out of poverty, unemployment or homelessness). Very little such work has been undertaken in Europe, partly because of a disinclination amongst many rural scholars to develop expertise in quantitative methods and because of data deficiencies – with incompatible data and definitions often frustrating international comparative work. A few welcome exceptions are highlighted in our recent paper.

Reflecting on the last two decades of rural poverty research, we conclude that rural poverty and disadvantage are still under-researched by sociologists despite their prevalence. Rural areas have received attention lately because of concerns about ‘left-behind places’ and the rise of populism. Rural sociological studies confirm that there are indeed feelings of exclusion and being-left-behind in various rural contexts, related to the perceived decline of local economies, infrastructure and social environment. But the notion of lagging rural areas is entrenched in modern society’s imagination and the current thesis about deepening urban-rural disparities leading to a growth of populism is far too simplistic. Sociologists have learned much about the processes underlying rural poverty and disadvantage but the topic remains under-researched and more evidence is urgently needed.