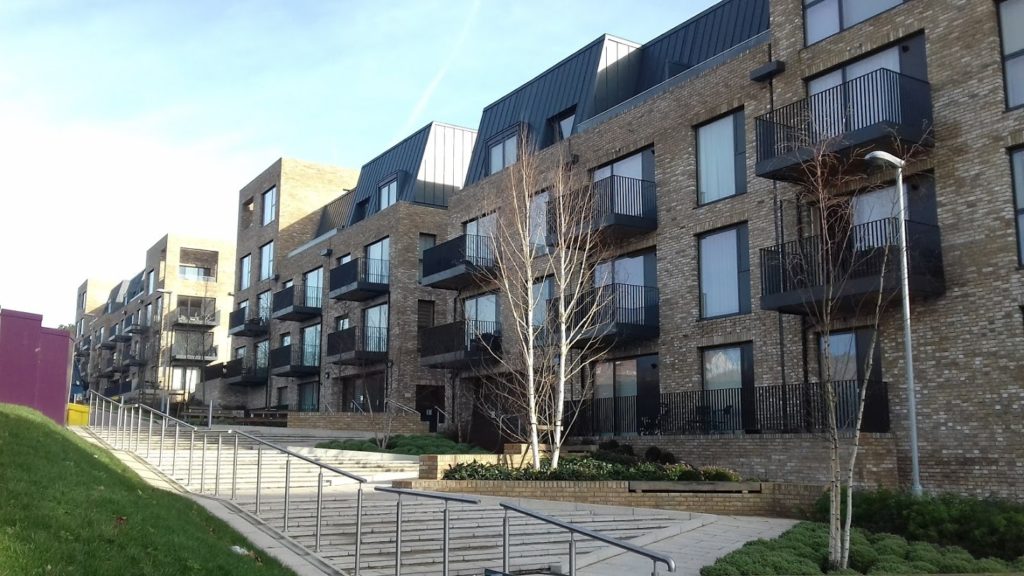 Housing associations are well-known actors in the provision of affordable housing, not only in England but also in a number of other European countries. Whilst typically being classed as actors of the Third Sector, that is, neither state-owned nor profit-driven, their institutional and regulatory set-up differs widely in different countries. In recent years, there is increasing interest as to the role of housing associations, not just as housing providers but as actors who are influencing and shaping local communities. This role has been described with the term anchor institution. A paper recently published in the Austrian journal Kurswechsel, takes a comparative perspective and critically examines the role of housing associations as Third Sector anchor institutions both in England and Austria.

Both in England and Austria the term housing association (or gemeinnützige Bauvereinigung – GBV – in Austria) is used as an umbrella term for a variety of legal entities. In Austria, housing associations can be either limited companies, public limited companies or co-operatives while in England they are mainly registered societies or companies (with charitable status). Importantly, housing associations in England and Austria are private entities with their own independent boards and decision-making processes and are not part of the public sector. Crucially, however, they are also distinct from other private sector organisations in that their business model is not-for-profit (or limited-profit). In Austria this business model is actually enshrined in the limited-profit housing act, a national law that sets the regulatory framework for all housing associations (GBV), ranging from the way in which rents are set (cost-based) to the types of activities they are allowed to engage in.

Hence, while housing associations fulfil the important political and social goal of providing affordable housing to low- and middle-income households, especially at a time when the for-profit housing market fails to deliver this role, they do so as private actors. Of course, public funding plays an important role in achieving this as much of what is built by housing associations is done with either grant (more so in England) or loan (more so in Austria) funding from national or regional governments. But there is also much to be said about the business model of housing associations, that is, a model that is essentially creating a circuit of constant re-investment of any surpluses generated, rather than those surpluses being paid out to shareholders. While the business model of housing associations in Austria varies from the model in England, the basic principle is the same: any surpluses made either from rents or sales goes back into building new homes or renovating existing ones. It is hence not just subsidisation that creates affordability but also the business model itself.

The foundational role of housing

However, housing associations have not always been the main actors in the field of affordable housing. Until the 1980 in Britain most of new affordable and social housing was built by local councils. While housing associations in Austria have already played a more dominant role in the housing market before that, there has been hardly any new construction of council housing in Vienna – the city where most municipal housing in Austria is found – since 2004. Given the growing crisis of affordability across Europe, hence, not only has the topic of housing risen the political agenda but also the role of housing associations as agents in the provision of one of the fundamental human needs of an affordable and secure home.

Housing associations have in a way become part of the foundational economy, as Froud et al. (2018) have described it. A few housing associations in Britain are actively drawing on the term to describe their role not just as agents in the housing market but as agents in the local economy and community (Green 2019, Williams). But even more so, as many housing associations are not just providing homes but are engaged and invested in a variety of activities or initiatives in the communities where they operate, they have increasingly become “anchors” within these communities.

The notion of anchor in connection with institutions emerges in the early 2000 in the US within the context of university-driven regeneration in economically deprived areas. By today, the term anchor institution has become more widely used by a broad range of place-based actors, including faith-based organisations, libraries or hospitals and, not least, housing associations. As such, these organisations show a greater emphasis on the local economy and community. In the context of global interconnectedness and the fluidity of modern economic life, the term anchor appears as a counterpoint, evoking notions of stability and rootedness. Housing associations, both as organisations but also in terms of the homes and services they deliver position themselves or are described as anchor institutions, too (see e.g. NHF 2018 – Great Places project). Many housing associations, both in Austria and England, are involved in or even initiate projects that go far beyond the provision of a home. A couple of very different examples to illustrate this:

Social prescribing, sometimes also referred to as community referral, is practised by Radian HA in England and involves both putting their residents in touch with other community services and receiving referrals from local GPs in order to assist on all matters related to social isolation, a topic that is particularly prevalent in poorer neighbourhoods.

Acting as an anchor institution can however also mean that a housing association builds on community involvement to drive social or ecological innovation. One such example can be found in Austria, undertaken by the housing association BWSG. As part of an EU-funded project the housing association has installed photovoltaic panels and e-car sharing for their residents. A group of residents manage and service the e-cars and get a substantial discount for using them in exchange. This has encouraged both the use of renewable energy and the reduction of individual car ownership/dependency.

A shift of public service responsibility to the Third Sector?

While housing associations have a long history of community engagement and self-organisation, the role of acting as anchor institution has emerged at a time of public sector cuts and austerity. This is particularly true for Britain. Debbie Green, Chief Executive of the Welsh Coastal Housing Group, puts it as follows: “In the context of austerity and increasing in-work poverty, it is increasingly important for anchor institutions to contribute to building stronger economies and communities.”

Whilst providing crucial economic and social infrastructure, it is also clear that housing associations cannot and probably should not take on the role of a public service provider. Housing associations, as any other Third Sector organisations, are not there to replace a withdrawing public sector and make up for budget cuts in the provision of welfare to citizens. A strong role as anchor institution may also tie up resources that could be used for core activities such as building and managing homes. However, there are also legal limits, which is particularly true for Austria. The limited-profit housing act sets a clear boundary as to the extent to which housing associations can engage in activities relating to social infrastructure.

Many housing associations hence find themselves at a crossroads. As the main (or sole) providers of affordable housing, national or regional governments are increasingly turning to them in the search for solutions to address the growing affordability crisis across Europe. At the same time public expenditure on housing has decreased substantially in most of the EU, in the belief that the for-profit housing market will fill the gap. It is increasingly becoming apparent that unfettered markets are not delivering affordable housing to a growing number of people. As Third Sector not-for-profit or limited-profit organisations, housing associations are well-placed to deliver the homes needed and even act as anchors in the communities that they operate. But this requires the right legal framework and the necessary financial resources and support from government.