The Rising Burden of Affording College and Undermatching 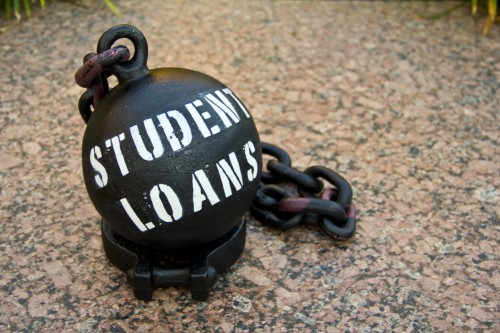 I recently came across an article on my Facebook feed about high school senior Ronald Nelson, who was accepted into all 8 ivy league colleges (among other highly competitive schools). The article discussed how, despite this amazing opportunity for Nelson to attend arguably one of the better colleges in the nation, he ultimately chose to attend University of Alabama (which is still a decent school). According to Business Insider, “After some thought and consideration of all the schools’ offers, Nelson decided it wouldn’t be worth the financial strain to use this money on his undergraduate education.”

Talk about the rising costs and burden of affording college is everywhere. The Wall Street Journal just announced that the graduating class of 2014 has the highest student debt in history, with the average student owing $33,000 after college. So for Nelson, attending a less competitive school that offered him a full ride scholarship was a strategy, as he plans on attending graduate school (where that debt only accumulates…). Seems like a smart choice, right?

Not according to Sociologists of Education who study and believe in undermatching theory.

Hoxby and Avery (2012) found that a majority of students who come from low income backgrounds but have high academic promise or ability never apply to a single “highly competitive” college. In other words, their college choice (or even just where they apply) is undermatched to their academic ability. This theory has grabbed national attention, with the White House issuing press releases regarding the issue. It is argued by undermatching student ability, the students then are not living up to their full (read: productive) potential. Nelson, as undermatching theory might argue, despite the fact that he applied to the Ivy colleges and was accepted, ultimately undermatched his ability (proven by this acceptances) by enrolling in a less competitive and less prestigious school, regardless that it ultimately offered the most resources and aid.

However, digging into this a little more, this theory has some issues when looking at cases such as Nelson’s.* Bastedo and Flaster (2014) highlight that when considering the advantages of attending a prestigious (read: competitive) college, such as greater resources, prestige, and academic opportunities, that this only appears for the very top percentage, essentially the Ivys. They argue that the match that really should matter is not level of competitiveness and academic ability, but whether or not a student enrolls in a community or 4-year college. As the cost of college increases, thus limiting access, it is crucial that the goal be for more disadvantaged students earn a bachelor’s degree at all.

Further, undermatching research predicts student acceptance outcomes and enrollment based on test scores such as the SAT or ACT and grades, while college applications are leaning towards more holistic approaches. Nevermind the fact that standardized test scores are correlated with income, students coming from more disadvantaged schools and neighborhoods likely have less opportunities and resources to be as competitive as other students.

Finally, Bastedo an Flaster (2014) emphasize that even with more resources, more competitive schools, while promising that 100% of student need is met, this aid is merit based and does not meet the needs of every students. As in Nelson’s case, he was not offered full rides by any of the Ivy schools, and had he attended one of these schools, he would likely have had to take out student loans and/or have a campus job to pay for college, which can impact the level of involvement of the student and their academic success. Yet it was a less competitive school that offered him financial aid and entrance to the honors college. While at a less competitive school, he is still academically engaged while also able to spend his time in other activities that can enrich his CV/resume for graduate studies.

So then, is Nelson really undermatched in his ability at University of Alabama? I do not think so. Given the rising costs of college, by attending a less competitive school that gave him full aid, he is actually able to further develop his ability by having a more involved experience in college. College prices are too high, and students today must make strategic decisions as to where and how to go to college. Rather than being concerned about whether or not ability, in the name of productivity, is being undermatched, maybe we should concern ourselves more with the burden of attending college and how that impacts student decisions.

*Please note: This does not mean that undermatching does not exist nor is it not important. I am simply arguing that when utilizing undermatching theory, we need to consider the larger structural issues that create the situation in which undermatching occurs, such as high school resources, utilizing standardized test scores, or lacking understanding of social background and familial influences such as financial need.