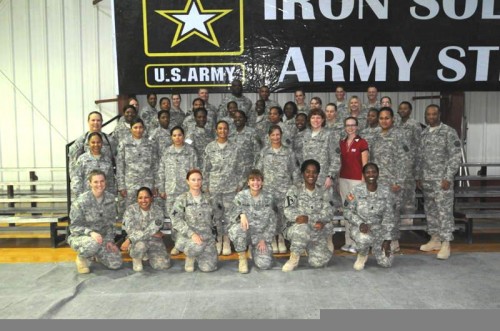 The United States Senate failed to pass a bill that would have altered the military’s response to sexual assault.  The bill, sponsored by Senator Kirsten Gillibrand (D-NY) would have stripped senior military commanders of their authority to prosecute or prevent charges for alleged rapes and other serious offenses in favor of giving the authority to military trial lawyers operating under a newly established office independent of the chain of command.  The vote fell 5 votes short of the 60 necessary to move ahead with the legislation, with opponents of the bill arguing that commanding officers should be given more responsibility in preventing and punishing sexual offenses and that removing power from commanders threatens the organization of the military. The bill failed to pass despite multiple news reports revealing the extent of sexual assaults in the military and the lack of response by military commanders.

News stories about the military’s sexual assault and rape problem is widespread. The Associated Press recently obtained more than 1,000 records of sex crimes committed at U.S. military bases in Japan. Many of the reports provide little indication of the type of punishment delivered and many of these instances did not result in a prison sentence. The report found that the punishment for these instances were inconsistent across military branches. For instance, the Marine sent 53 offenders to prison out of 270 cases, while the Navy only sentenced 15 out of 203 offenders to prison. It is suggested that a female soldier is more likely to be attacked by a fellow soldier than killed by enemy fire in the Iraq War. The instances of sexual abuse are not confined to low ranking personnel, but transcend the military ranks. The Army recently disqualified 588 soldiers in positions of authority, including sexual assault counselors, recruiters, and drill sergeants, for infractions including sexual assault and child abuse.

The response from soldiers has been to files lawsuits against the Pentagon to force reform. One lawsuit, filed by 28 servicemen and women who were sexually assaulted while serving argues the defense secretary and the armed forces create an environment that punishes victims from reporting their assaults. Multiple soldiers testified during the hearings on Senator Gillibrand’s bill, including the first male soldier to testify to Congress that he was a survivor of rape. Brian Lewis was a former petty officer in the U.S. Navy who was raped by a superior officer and forced to go back out to sea after the assault. The testimony by Brian Lewis brought a new focus on sexual assaults, as most reports focus on female victims. The Veterans Health Administration reports that military women are more likely to (1 in 5) more likely to experience military sexual trauma, but the VHA is increasingly seeing signs of military sexual trauma in men. The Department of Defense paints a slightly different picture, noting that in 2012 an estimated 26,000 service members were targets of sexual assaults, and over 14,000 of these incidents involved male victims. Despite the high estimates, only 3,000 sexual assaults were reported and only 300 were prosecuted in military court.

A second contributing factor to the high rate of sexual assault is the organizational value on “making men.” The training regime for new recruits is inundated with cultural expressions of strength and toughness. Recruits are instructed on how to be real men and in the process male gender roles become rigid and narrow and in the process scrutinizing any indication of feminism. Research long notes the relationship between masculinity and sexual violence of females (Terry, 2013), but it also applies to the victimization of men. Messerschmidt (1993) argues that part of the masculinity identity is maintaining a hetero-normative perspective on what a man should be and the use of violence against women or men is often a need to build up one’s own masculine identity. The use of sexual violence in institutional settings, such as the military, is a tool for expressing control and power (Scarce, 1997).

Senator Gillibrand’s proposed bill provided one potential avenue for reducing the prevalence of sexual assault and improving the military’s response to sexual assault. The Senates failure in passing the bill sends a message that the organizational structure of the military is more important than the safety of their own soldiers. The hopes of reforming the military will require substantial changes to the United States’ understanding of sexual violence, the willingness to take it serious, and the fight against hetero-normative masculine identities.