Gender and the Quest to Close Unauthorized Health Clinics in Cameroon 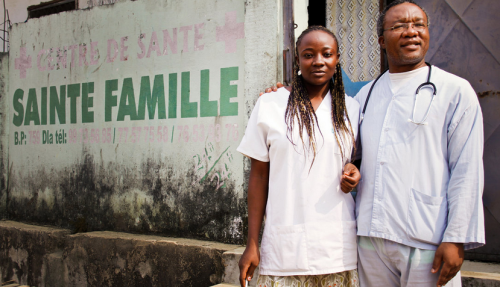 A recent segment on NPR’s Morning Edition commented on the government of Cameroon’s recent campaign to shut down unauthorized health clinics throughout the country.  In recent years hundreds of illegal clinics have opened across the nation, treating individuals who cannot access public health care for financial or geographic reasons.

The short radio piece attempted to present contrasting voices.  The operator of an unauthorized clinic and the medical director of a major hospital in Douala each presented their side of the controversy.  In addition, the experiences of two patients were highlighted: a young woman with a fever and a woman who recently gave birth to a premature baby.

What was strikingly absent from the report was any discussion of the gendered consequences of closing unauthorized health clinics in Cameroon.  Studies have illustrated that overall women take more health care actions than men (Addis and Mahalik 2003; Thorson, Hoa, and Long 2000; Green and Pope 1999).  In other words, women are the majority of patients in hospitals, clinics, wellness centers, and treatment facilities.  In the NPR segment both patients were women.

Reproductive health is another issue for women in Cameroon.  Although there are strict restrictions on access to abortion in the country, abortion is legal in some cases, for example in the case of rape.  However, the law granting access to a legal abortion is often not applied even when it is indicated (Schuster 2010).  Therefore, authorized public health facilities are often not an option for women in need of terminating a pregnancy.

Studies have also shown that when women have access to controlling their reproductive health, they will frequently take advantage of birth control and condoms (Ulin 1992).  However, social, cultural, and economic constraints often limit their access to reproductive health care.  The most recent data (2004) on contraceptive prevalence in Cameroon shows that only 12.5% of women ages 15-49 had access to modern methods of birth control.

The NPR piece briefly touched on the important role unauthorized health clinics play in serving economically disadvantaged populations.  According to the report, patients often end up at illegal clinics when they are unable to pay for continued treatment at authorized public health facilities.  Economically disadvantaged women and women with low social status are disproportionately ill, often because they cannot access health services (Defo 1997). What will happen to these women when there are no clinics?

Clearly, unauthorized health clinics are the only option for many women in Cameroon.  While the government claims most clinics lack qualified staff and lack quality care, simply closing these clinics does nothing to address the health crisis among the people of Cameroon.  And is often the case, it is the most disadvantaged members of society, often women and children, that will be deprived.

Hubacher, David, Ifigeneia Mavranezouli, and Erin McGinn. 2008. “Unintended Pregnancy in Sub-Saharan Africa: Magnitude of the Problem and Potential Role of Contraceptive Implants to Alleviate It.” Contraception 78(1):73–78.