Nudge yourself better: how to become your own Choice Architect 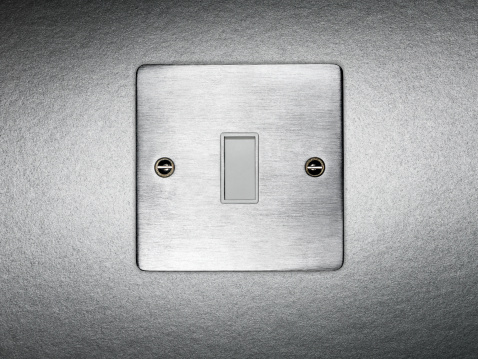 My PhD research is about changing people’s behaviour  – how to make people lead better, greener, more sustainable lives. A key part of my outlook is how insights from so-called ‘Nudge’ theory might be used to foster change in individuals. Who better to use as an individual case study, than myself?

The basic premise of Nudge is that we can improve people’s behaviour not just through the old-fashioned interventions of the State like taxing things or making things illegal: ‘shoving’ people to comply; but by subtly ‘nudging’ people to make better choices, whilst still allowing them the freedom to make bad ones. The book titled ‘Nudge’ by Sunstein and Thaler has become a bestseller since it was published in 2008, and Nudge (also known by its fancier academic name of ‘Libertarian Paternalism’) has quickly become a mainstream policy discourse in many western countries. In the UK’s coalition government it seems to have found an especially receptive audience.

The Nudge worldview assumes that we are not entirely ‘rational actors’ who make logical decisions based on cost-benefit analyses – as classical economics would have us believe – but rather that we live within ‘bounded rationality’.  Our decisions are influenced largely by the world around us, and not by logic alone (and sometimes, not by logic at all). Particularly powerful are social norms of acceptability; what we think other people already do (especially our peers or those whom we respect); and ‘choice architecture’ which can mould decision-making, and makes some outcomes more likely than others.

Clever people in marketing and PR have been nudging us for decades (often with less-than-positive outcomes for our wallets, waistlines, and the environment), but now nudges are being used for more positive societal goals: some mundane, some important. From painting a picture of a fly onto men’s urinals (to make us less likely to pee on the floor), to planting trees closely together on roadsides (to make us aware of our driving speed, and therefore slow down), to auto-enrolling employees into pensions (to make us more likely to save for old age), nudges are a cheap and often effective way to encourage behaviour change.

Of course, there are critics. One key criticism of nudges is that, because they often work best when the subject is not even aware of them being there, they can be seen as authoritarian and manipulative because the wise State ‘nudger’ is assumed to know better than the feckless Citizen ‘nudgee’. (Godwin, 2012; or see Hana Shepherd’s previous Sociological Lens article).

These criticisms are not to be dismissed lightly. But the ‘choice-architect’ doesn’t have to be some distant, invisible bureaucrat in Whitehall, it can be far closer to home. Reading about previous, successful behaviour change interventions – for example, in the Cabinet Office’s fascinating ‘Mindspace’ document, or in the instructive work on self-regulation by the likes of Denise de Ridder – has taught me a few things about Nudge as a form of self-help as much as a form of public policy.

I’ll give two examples, one relating to social norms and one relating to choice architecture. Problem one: I can eat a lot of crap, particularly when I’m alone and no-one is watching. I know that if my slim, responsible friends were around me then peer pressure would kick in and stop me from over-indulging. Social norms, manifested in my guests’ looks of disapproving disgust as I scoff my tenth jaffa cake, act as a much stronger nudge than my own rather lame self-control when I’m left alone. I now try and ensure that biscuits or cakes are only stocked in the kitchen cupboards if I know that I’m having guests over or that my housemate will be home.

Of course, this only works if the people around you eat responsibly. Surround yourself with fat people and you are far more likely to get fat yourself.

Secondly, and perhaps more importantly, I waste electricity. The ‘choice architecture’ around domestic energy use is so lax that we almost never make the connection between pressing ‘ON’ and the environmental and monetary costs which lie behind that action – we need some feedback to make these costs more prominent and salient. Since December, I have been entering my meter readings into a website called The Carbon Account every week. This website produces a graph-curve which illustrates my weekly energy use, and it has now become a geeky game which I play with myself in a struggle to push this line down. This feedback influences my decisions about turning on appliances, lights or the heating that I never really thought about in the past.

And it’s working. Every week I get a reminder email asking me for my meter reading, and I obsessively type it in. I’m happy to report that, since I started using this website in December 2013, every week my graph-line of energy use has either been flat or going down (a directly inverse relationship to my levels of smugness and self-satisfaction). I now feel greener and ever-so-slightly richer – the nudge is working. Other research shows that a smart-meter (a small screen which gives real-time feedback on how much energy our household is using) would probably work even better, and some researchers are even experimenting with the possibilities of using sound as feedback, to try and overcome the problem of the ‘invisibility’ of energy.

These two examples and my “solutions” might appear rather prosaic and common-sensical. In of themselves, they are. But our eating habits and energy consumption have huge consequences when multiplied across society. Furthermore, the research into behaviour change is growing all the time, and is being applied to more diverse and important areas of social life. As psychologists broaden the understanding of how we make decisions, so sociologists and policy-makers can devise interventions to deal with them. But it need not just be left to the ‘experts’ to nudge us. If you don’t like the idea of someone else influencing your behaviour, why not try nudging yourself?