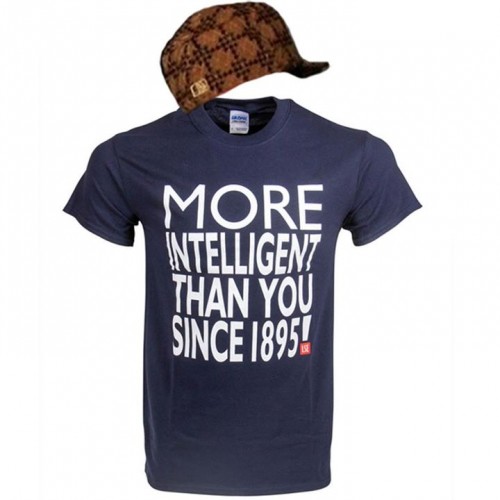 When thinking about new blog post topics,  inspiration can come from any number of topics: something on social media, a new film or book being released, or, most often, something in the news that catches our eye and asks for a Sociological analysis. My topic today is a combination of two, that fit together almost too coincidentally to be funny: The London School of Economics’ student union’s decision to disband its Men’s Rugby club  for production of an offensive leaflet, and the release of the film The Riot Club. Although the misogyny in both is a problem, and has been argued very well elsewhere, I want to point out that they are both demonstrative of wider issues around privilege, and highlight the need to take an intersectional approach to both power and oppression. Intersectionality, as both a method and theory is important because studying race, class, gender or other category in isolation ‘ignores the multifaceted nature of individual experiences, capturing only part of a more complex whole’ (Landry, 2007).

Last week, The LSE Student Union took the decision to disband the Men’s rugby club for the remainder of the year. This was in response to complaints made when a leaflet the club had produced as part of their Fresher’s fair promotional material was picked up by the LSESU Feminist Society, and found its way into wider circulation. By all accounts, the leaflet is vile. It is sexist and homophobic: Female rugby players are described as “beast-like”, women in general called “slags”, “trollops” and “sloppy birds”, and “homosexual debauchery” is apparently “not tolerated” at social events. As has been well outlined elsewhere, the leaflet demonstrates some horrendous examples of ‘lad’ culture: misogynistic and homophobic statements are made, thinly veiled as humour.

Unfortunately, these incidents aren’t isolated, and suggest that this is about more than solely misogyny. The same club has been warned on more than one occasion for similarly distasteful activities: A Nazi-themed drinking game that resulted in a Jewish student getting his nose broken, a ‘Guantanamo Bay’ themed fancy dress that involved blacking up: these both happened in recent years, whilst I was a student there.

Nor is it related just to LSE. At the Oxford University Conservative Association a female member was once, during their meeting told to shush’ because ‘you’re a woman’ during a meeting, which was followed by chanting “get back to the kitchen and wash the dishes”. An article about drinking culture at Cambridge highlights even more examples. These are not just the activities of naïve students, or of ‘lads’ as part of an initiation process. These are the behaviours of a group of students who either do not think there will be consequences, or do not care about the consequences.

Returning to the leaflet – in addition to the sexist and homophobic ‘jokes’, there were also insults made towards at King’s College London: “Unlike some universities located across the Strand, we at the LSE do not enjoy drinking urine or participating in the various forms of homosexual humiliation”. In a handy glossary, the leaflet then goes on to define: “Strand polytechnic: Alternative name given to our rivals across the road (aka King’s College). Quite simply put they are scum, and they will work for us one day”.

Having been at three different universities over the last four years, I know that university rivalry is a common and important part of student culture, particularly between Universities in the same town or city. The problem is not with the rivalry, it is with the tone of the jokes, the intense snobbery that is a part of the culture at LSE. A university that, without a trace of irony, sells T-shirts that say ‘More intelligent than you since 1895!’, or simply ‘L$€’.

A high percentage of LSE graduates go on to work for, and often eventually own or run huge corporations. Graduates are swept up by the biggest banks and consultancies, and in the year I was there there were countless jokes on the webpage ‘LSE Memes’ : the primary in-joke being that LSE graduates go to Goldman Sachs. LSE graduation is seen, and proves to be still, a path to wealth. It is worrying when the universities that are seen to be producing the best and the brightest, and where their graduates go on to be business leaders and politicians, are occupying and creating a culture of privilege and entitlement at their Universities. This is what the Riot Club, and the play it was based upon, Laura Wade’s “Posh”, highlight. The characters are  wealthy, privileged and badly behaved, and they display an uncompromising sense of entitlement.

It is a good start to look at misogyny, and lad culture, and rape culture in universities, and it is encouraging to see so many Universities tackling it through different kinds of courses and campaigns. But it is not enough to just look at this from one perspective. This is about race, gender, sexual orientation, and primarily it is about power and privilege.