"Where's my place in a music that's been taken by my race?": Macklemore and Authentic White Hip-Hop 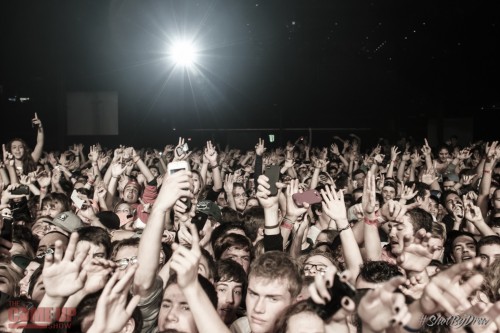 In his 2005 song “White Privilege,” white hip-hop artist Macklemore asked, “Where’s my place in a music that’s been taken by my race?”.  In the same song he acknowledges that “white rappers’ albums really get the most spins” and that “hip-hop started off on a block [he’s] never been to, to counteract a struggle that [he’s] never been through.”  This seemingly self-aware critique of his own whiteness in the context of hip-hop dropped 7 years before Macklemore’s meteoric rise to fame and now he is far from alone in considering the impact of his white skin on the genre.  In 2005 Macklemore was nearly unheard of, but as of the writing of this post in 2013 the duo of Macklemore and his collaborator, Ryan Lewis, have 3 songs that have made the Billboard Top 20 and two of those have hit #1.  In fact, just this past weekend he was awarded Best Hip-Hop Video in what may have been the whitest MTV Video Music Award ceremony in recent memory.

As his fame has increased, so too has the discourse regarding his role in hip-hop writ large.  Willamette Week asked if Macklemore is the “new face of hip-hop,” OUT hailed him as the writer of “hip-hop’s first gay anthem,” a Racialicious article critiquing Macklemore’s politics spurred an internet feud with Gawker, and a New York Times critic questioned the “authenticity” of Macklemore’s work as hip-hop.  Nearly all of this discourse surrounding Macklemore focuses on one thing, his whiteness.  So what, sociologically, does his white skin mean in hip-hop?

The answer is, of course, complicated.  Macklemore is hardly the first white hip-hop artist to make it big (think Eminem and Vanilla Ice), and he isn’t even the first to be seen as revolutionary (some once considered Eminem to be the “salvation of an art form”).  But, white performers of hip-hop are actually such old-hat that there is academic scholarship dating back to the 1990s addressing the topic.  Scholarship surrounding whiteness and hip-hop tends to focus on a central theme: the tension between authenticity and assimilation.

Mickey Hess, in his article “Hip-hop Realness and the White Performer,” examined the strategies white performers of hip-hop have used to establish a sense of authenticity within hip-hop culture.  Hess compared Eminem to Vanilla Ice and argues that Eminem transformed the way in which white hip-hop artists perform their racial identity in the hopes of being perceived as authentic.  According to Hess, Vanilla Ice attempted to imitate “hip-hop blackness” and his hip-hop authenticity was, for the most part, denied.  Eminem, instead, drew attention to his own whiteness and framed it as a roadblock to his success.  Eminem started a new tradition of white performers utilizing narratives of class struggle to undermine their perceived white privilege.  In Eminem’s narrative, his whiteness was a barrier to his early success but now he benefits from the privilege of being listened to by a white audience.  In 2005, Hess postulated that in a post-Eminem world, acknowledging privilege would be the new go-to strategy for white hip-hop artists seeking to establish their authenticity.

In this context, Macklemore’s personal narrative feels more tired than revolutionary.  According to Macklemore in a recent interview with Rolling Stone, “If you’re going to be a white dude and do this shit, I think you have to take some level of accountability. You have to acknowledge where the art came from, where it is today, how you’re benefiting from it. At the very least, just bringing up those points and acknowledging that, yes, I understand my privilege.  I understand how it works for me in society…”  But, that seems to be where the narrative ends.  The narrative does not extend to confronting or transforming that privilege.  Macklemore argues that what he produces “is music that my mom likes and that I can like as a teenager, and even though I’m cussing my ass off in the song, the fact that I’m a white guy, parents feel safe.”

However, rather than using his privilege to improve hip-hop’s image in white eyes, he uses his position to reinforce negative stereotypes about the rest of the genre.  In his hit song, “Same Love”, Macklemore tells his listeners “If I was gay I would think hip-hop hates me,” reinforcing negative stereotypes of hip-hop, and the people of color who historically perform it, as homophobic despite a long tradition of hip-hop artists who have spoken out against homophobia (Talib Kweli, Fat Joe, Nicki Minaj, Jay-Z, and Kanye West to name only a few).

So, Macklemore claims a space as a safe white hip-hop artist for white folks and parents to listen to, attempts to authenticate himself in hip-hop by speaking to white privilege, but proceeds to reinforces white listeners’ fears of mainstream hip-hop.  He distances himself from the genre whose history he benefits from and invites his listeners to do the same.  What is authentic about that?