The Spectacle and Politics of Globalized Sports 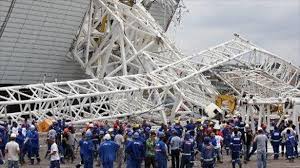 This month the 22nd Winter Olympic Games began in Sochi, Russia. The spectacle of the event has captivated persons from around the world to tune into watch their favorite sport or favorite athletes. Russia spent over $50 billion to prepare for the Olympics by building hotels, roads, stadiums, and to bring in artificial snow into the Southern resort town.  The Sochi Olympics are the first mega-sporting event to occur this year, but will likely be trumped by the upcoming World Cup in Brazil over the summer. Brazil’s price tag for hosting the World Cup is considerable less at around $9 billion dollars. Nonetheless, the cost of both of these events and the emphasis by the respective countries to show the world the capabilities of their nation reveal the increasing globalization of these world sporting events. The Olympics and the World Cup are two global sports spectacles that have considerable cultural and economic ramifications, and are a product of intense politicking to bring the events to one’s national home.

Sports events celebrating the physical prowess have long been driven by political and ideological motives, dating back to ancient Greece and Rome (Tomlinson & Young, 2012). These motives are prevalent despite the organizing bodies, such as the International Olympic Committee and FIFA purport to be neutral entities seeking to expand their respective games around the world.  Mega-sporting events are justified has an opportunity for countries to come together to realize the shared goals and identities of a civil society (Markovits, & Rensmann, 2010). Despite these claims, one must examine this form of spectacle and the extent to which the claimed goals of a global game are compromised or met.

Behind the guise of competition and political neutrality, the mega-sporting events contribute to an understanding of ethnocentrism. During the brief period the games are taking place there is relative peace and an absence of politics, but before and after the ends there is intense political competition and commentary.  The politics of securing the bid, preparing for the games, and national events occurring on the lead up to the events ensures a large amount of scrutiny for the hosting country.  The confusing choice to host the Winter Olympics in Sochi or the decision to award Qatar the World Cup speaks to the geopolitics of the Olympics which creates the appearance of universalistic values in front-stage and perpetuates intense bidding wars and political maneuvering to secure the games in the backstage. The awarding of the games to developing countries results in billions of dollars being spent to put on a spectacle while workers are pushed to the edge (see the 500 Indian workers who have died in Qatar) or the public monies that are pushed away from the public to sports (see the Brazil riots). Furthermore, the corruption involved in making construction bids and finishing deadlines highlights the politics involved in the mega-sporting events. In Russia, Putin has come under scrutiny for rewarding over $7 billion dollars to childhood friends for construction costs. In Brazil, the city of Curitiba briefly lost the right to host World Cup games due poor progress on stadium construction, but FIFA reversed their decision after political maneuvering.

The International Olympic Committee and FIFA work hard to ensure politics are pushed aside during their respective sporting events. These organizations seek to promote shared identities of the competing nations and keep the focus on the sport. While this ideal is certainly worthwhile, it does not tell the whole story. The mega-sporting events have become significant economic events for the hosting countries and the companies that sponsor the events. For instance, Brazil is estimating over $30 billion dollars in economic activity during the World Cup. Multinational corporations such as McDonalds, Coca-Cola, BP, and General Electronic spend millions of dollars to sponsor the events and do not want any negative attention turning viewers away from the television. These corporations go so far as to hire brand police to ensure that other corporations cannot make money off Olympic coverage.

The absence of politics is further exacerbated by the media coverage during the Olympics. NBC spent millions of dollars to secure the sole broadcasting rights in the United States. To ensure that NBC can secure future Olympic coverage they will not risk upsetting the host country or the Olympic governing body by discussing the geopolitics in the area. For instance, discussions of Russia’s anti-gay stance are receiving little coverage from any of NBCs affiliates. With the upcoming World Cup games in Brazil, few of the major media outlets in the United States are discussing the opposition to the World Cup by the people of Brazil or the labor issues in the construction of stadiums.

The globalization and economic interests associated with mega-sporting events ensures that the media does little to cover the politics of countries involved in the Olympics. It is not to say that politics always stay out of the games. There are several instances in the Olympics history where politics reared its head, such as the boycotting of the 1980 Olympics by the United States, and the USSR returning the favor in 1984. By considering the intersection of mega-sports spectacles and globalization, the drive for host countries, corporations, sport governing bodies, and media-conglomerates to make money trumps the opportunity to shed light on the geopolitics of the games and competing countries. The Olympics and the World Cup become another process of global inclusion and exclusion, of what can be said and what must remain silent (Hardt & Negri, 2000).

Two books on Olympics and politics