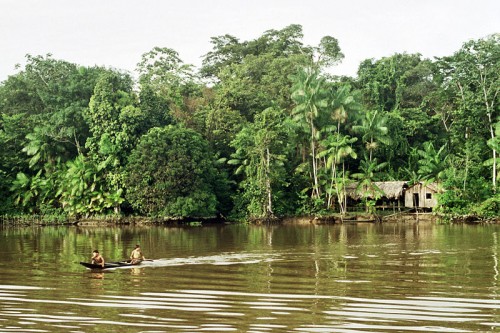 Photo of the Amazon Rainforest Courtesy of Francisco Chaves

Indigenous people residing in Ecuador filed an environmental lawsuit against Chevron Corporation for dumping billions of gallons of toxic waste in the Amazon rainforest between 1964 and 1990. The indigenous people argue that Chevron’s toxic waste disposal resulted in $27 billion worth of damages. For instance, evidence suggests that Chevron’s former oil drilling sites are contaminated with toxic byproducts that cause cancer. The indigenous people drink from water sources contaminated by these toxic byproducts.

Recently, the common theme of corporate irresponsibility became apparent. Chevron denied responsibility for its contaminants. Also in the news, Toyota Motor Corporation reluctantly announced a safety recall of several million vehicles with sticking gas pedals. If corporations engage in actions (i.e., dumping toxic waste in Chevron’s case; selling vehicles with faulty parts in Toyota’s case) that result in serious illnesses and injuries, then should they be held accountable? Or, more pointedly, should executives be held criminally responsible for the actions that they endorse while managing corporations? How can we influence executives to place the health and safety of human beings over the corporate bottom line?