The Rise of Police Body Cameras 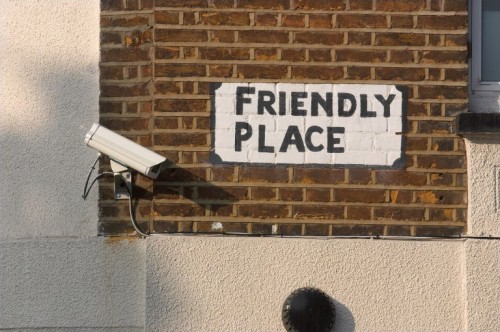 Police departments across the country are rapidly increasing their technological capacity to become a more efficient and effective force. These technologies vary from new weapons, wide-area surveillance, facial recognition software, closed caption television cameras, and crime mapping software. Each of these technologies is oriented towards identifying offenders and preventing or intervening in crime incidents. The technology has become a multi-billion dollar industry with vendors regularly contacting departments attempting to sell them the next great technology. One technology becoming increasingly popular with the police is body-cameras. The police are beginning to wear small cameras on their shirt, hat, or sunglasses in order to capture interactions with citizens. The body-cameras are one of the few technologies adopted by the police that focus on limiting police behavior. Body cameras are thought to reduce police deviance and increase police professionalism by monitoring police actions (Ariel & Farrar, 2014). The movement towards police wearing body cameras causes the police to be more aware of their behaviors and acts as a deterrent for the police committing crimes. Multiple research studies indicate video technology alters the behavior of offenders (Chartrand, & Bargh, 1999; IACP, 2004).

Advocates for police reform are championing police body cameras as tool to hold police departments accountable. Recently, the American Civil Liberties Union of New Mexico asked the city council of Albuquerque to pass new legislation requiring all officers to use cameras.  In addition, the ACLU pushed for the city council to also implement stiff penalties for noncompliance.  The New York City Police Department began using cameras after NYPD’s stop-and-frisk practices were ruled unconstitutional in 2013. Finally, the Los Angeles Police Department began testing body cameras in 2014 at the request of its civilian-run Police Commission.  The push towards body cameras by civilian organization is driven by the need for police accountability and a safeguard against abuse of power. Many organizations point to a study done in Rialto, California. The Rialto Police Department used began using body cameras in 2012 and found that the use of force dropped by 50 percent and civilian complaints dropped 88 percent.  The Police Executive Research Forum (PERF) is supporting the move towards body cameras suggesting that the growth of departments with body cameras will rapidly increase.

Body cameras offer the potential for transparency and accountability for police departments, but the cameras are a new tool and their policies and use are not fully developed.  The ACLU advocates for a blanket recording policy that they argue limits the ability of the police to determine which interactions they will or will not record.  The ACLU offers several policy guidelines that should be adopted to maintain accountability. The ACLU also warns of privacy concerns such as recording video in a citizen’s home, how long the video should be retained, and who should have access to the video.

There is still disdain that body cameras will reduce police deviance, and perhaps more importantly whether officers captured breaking the rules will be punished. Numerous examples exist of officers caught on tape who receive little to no criminal punishment, harming the public’s confidence in police accountability. For instance, the officers involved in the death of Kelly Thomas were not convicted of a crime despite video evidence showing them beating Thomas to death. Another example is the beating of a 15 year old burglary suspect. The officers were caught on tape using excessive force on the juvenile, and four officers lost their job; however, none of the officers were convicted of any crimes.

The proponents of body cameras suggest transparency and accountability, while cautioning against intrusions of privacy. The skeptics of body cameras argue that the cameras are not enough to hold the police accountable, because they will control the video and not be punished in the courts. The opposing sides will continue to battle over the future of body cameras in police departments, but much like other technological advances, the police are likely to adopt the technology as part of a growth complex.  As police departments adopt new technologies, body cameras or others, they must put in place sound policies that are cognizant of organizational and citizen needs. For body cameras to reduce police deviance and increase legitimacy, departments must hold officers accountable and set clear guidelines on what is and is not acceptable behavior. Furthermore, departments need to be transparent with the punishment of officers who violate policy. Open access to body camera video is necessary to assure police accountability; otherwise the body cameras will be a masquerade for critique.

International Association of Chiefs of Police (IACP). (2004). Research and best practices from the IACP Study on In-Car Cameras. Retrieved on April 2, 2014 from http://www.cops.usdoj/gov/files/RIC/Publication/video_evidence.pdf