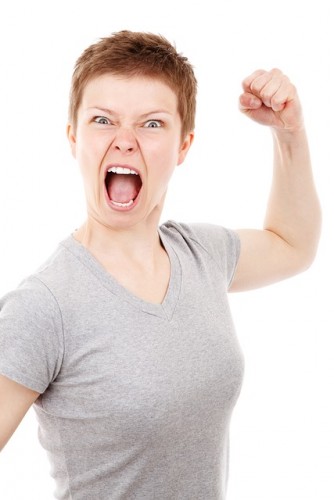 News coverage of protests and the activists which engage in them forms into patterns; media tends to highlight the extreme, irrational, angry, and violent segments of collective action (Corrigall-Brown and Wilkes 2012; Winter and Klaehn 2005). We can turn to the recent example of the Black Lives Matter movement shown shouting down presidential candidate Bernie Sanders.

Why does the nature of news media depictions of activists’ emotional expressions matter? Evoking the wrong emotion in the public can alienate potential supporters. In the United States emotion and rationality are still often treated as dichotomous and mutually exclusive perspectives (Goodwin, Jasper, and Polletta 2001). Being classified as overly emotional or having the improper emotional response can undermine activist attempts to be considered legitimate in the eyes of the public.

Any extreme emotion has the potential to backfire but anger in particular is a contentious emotion. Anger is rooted in a sense of injustice or unfairness. Stearns and Stearns (1986: 211) trace the development of cultural meanings attached to the expression of anger; as they write, “[the] goal of restricting anger…forms an important part of the American character ideal over a two-hundred-year span.” The authors argue the present focus on emotional control reflects an Enlightenment-era commitment to democratic egalitarianism. This represents a shift away from traditional hierarchal social organization where anger is justified as a tool for exercising power. Following this line of thinking, expressions of anger may be interpreted as emotional manipulation or an attempt to circumnavigate legitimized ‘civil’ consensus-building processes. Differences in emotional expressions and their perceived legitimacy may distinguish who makes a “worthy victim” and thus who has claims worthy of petitioning for change. Thus, emotions can be a liability for social movements. To understand the means through which emotions can inhibit social movements we should probe the question of why news media relies on the trope of the “perpetually angry activist.”

Sociologists who study mass media have long focused on how the profit imperative guides the structure and content of news broadcasts. Mainstream news media organizations (including but not limited to NBC, CNN, FOX, ABC, and CBS) are corporations which are ultimately motivated by a drive to make money for their owners and shareholders. In order to make a profit news media must demonstrate to companies looking to advertise their products that they have a captive audience of consumers. News organizations prefer harmony amongst their coverage; previous coverage tends to beget future coverage. As a result of these patterns, imagery that is “familiar, expected, and compatible with the mainstream experience” tends to get the most coverage (Doerr, Mattoni and Teune 2013). News media follows a logic of safety which assumes that which has garnered rating in the past will continue to capture the attention of viewers in the future. Testing a novel and innovative approach can be deemed dangerous and a potential threat to profit if news media producers cannot be sure viewers will tune in. If news media has previously shown activists affiliated with a particular social movement as angry, they may select current video clips which replicate these prior broadcasts to present a consistent story and maintain their viewership.

Clearly, journalists make decisions about what stories to cover and what angle to pursue within these constraints. In addition to modeling past coverage, news media may depict activists as angry due to the sources from which they collect their information.  Previous research has found journalistic recountings reflect the sanctioned perspectives of businesses and government (Silcock 2008; Wilkes 2015). The logic of safety cultivates a tendency to rely on the government and the economic elite for information (Ryfe 2006). The tendency to defer to ‘official’ sources is facilitated by bureaucratic affinity between news organizations and these sources. What is bureaucratic affinity? It means news media and the government and corporations are structured in similar ways. Government and large businesses usually have a dedicated public relations department with whom news media have established relationships and thus can contact quickly for comment. The government and corporations may support framing activists as angry because social movements are often contesting their claims to and enactment of power. Social movements may not be provided with the opportunity to challenge official narratives; social movement organizations, especially newly-emergent social movement organizations, may not have easily-identifiable “point” people whom news media can locate without additional effort while under tight deadlines to ask for their perspectives.

News media routines result in depictions of activists which emphasize angry emotional expressions. Obviously, sometimes activists are upset. I am not claiming news media has fabricated these instances. What I am claiming, however, is that the news media does not reflect the full scope of activists’ activity. The nearly-sole focus on anger and the failure of news media to depict a diversity of circumstances and a range of emotional expressions matters for the success of activists’ campaigns for social change. Shifting these depictions may mean targeting their institutional roots in traditional forms of media and constructing their own narratives which activists can control through social media.