Re-homing hens during Covid-19: A rethinking of urban space? 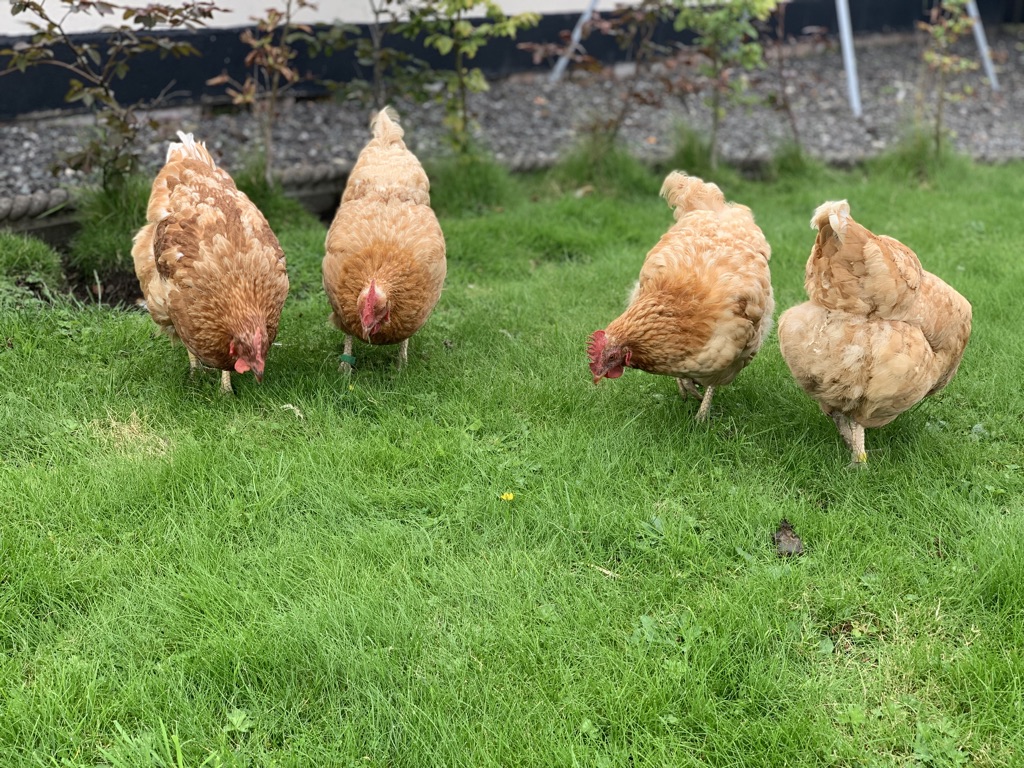 Through the Covid-19 pandemic and lockdown, humans have been exposed to the threat that the exploitation and eating of animals poses to humanity and public health. It has also become obvious that animals want to and are willing to take up more space (Taylor, 2020). In the relative absence of humans during lockdown, animal populations have spread out and some have actually entered cities and towns for the first time. Where conversations are taking place on the human abandonments and violences of the pandemic and how society needs to adapt, animals whose abuse is so closely entangled with both Covid-19 and possible future pandemics have also been brought into new spaces. For those of us fortunate enough to have such an experience of the pandemic, the lockdown’s slowing of time has opened the possibility to cultivate our domestic space as habitable for other species.

One way that this changing human-animal relationship is playing out is in the demand to rehome commercial egg-laying chickens. Since the beginning of lockdown, the British Hen Welfare Trust – who rehome 60,000 laying hens annually from slaughter via regional centres – have received unprecedented numbers of requests to rehome hens.

The reasons behind this surge are assumed to be twofold by BHWT’s founder, Jane Howarth: (1) people who have been interested in hen-keeping now have the time to do so, and (2) they presume if they keep hens, they will have access to a supply of fresh eggs in the face of any supermarket shortages. However, Fresh Start for Hens, a non-profit organisation, rehomes laying hens as pets and ‘cannot guarantee any one hen will continue to lay’. They ask that regardless, the hens are offered a same home for ‘the entire duration of their retirement’ and have emphasised this in their Covid-19 communications. 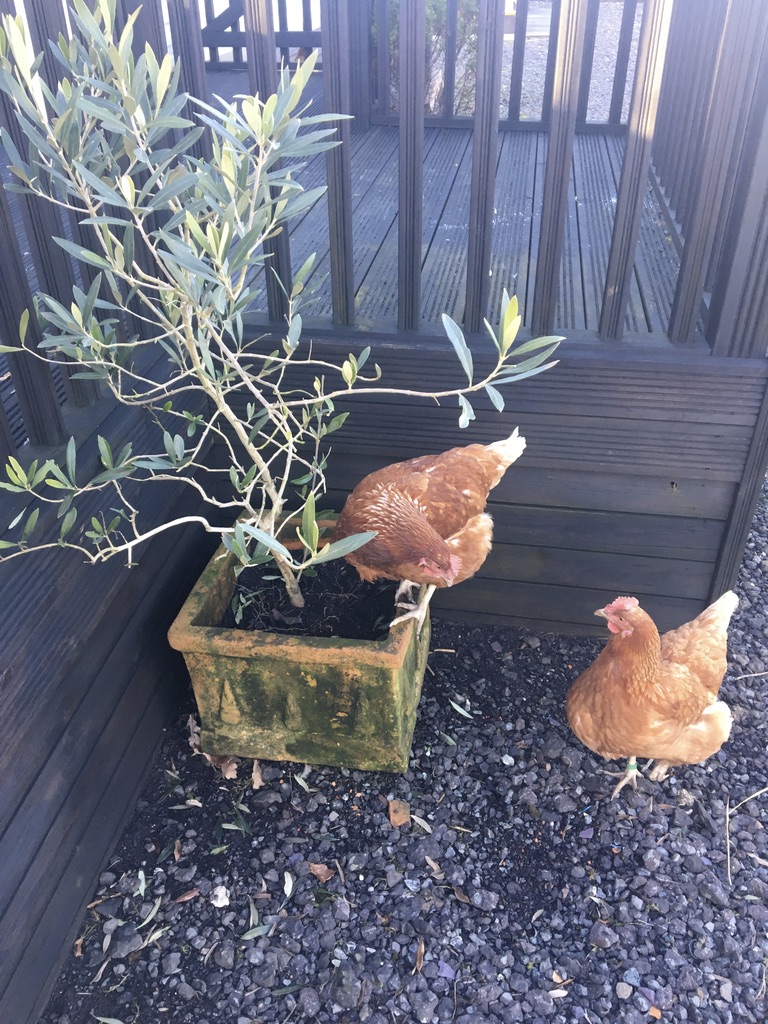 This is not an entirely new phenomenon; there had already been a rise in backyard hen-keeping in Britain, of both ex-laying hens and specialised breeds. Whilst there is clearly a classed element to this – not everyone having a garden in which to keep hens – it is worth noting that 5% of the 200,000 hens adopted in the UK between 2005 and 2012 were rehomed in London. Given that within urban spaces, chickens and other farmed animals have traditionally been kept distanced from humans, and physically removed from human dwellings, this rehoming constitutes a significant shift in the organisation of urban space . Indeed, the rise of animal keeping before and during lockdown perhaps reveals a desire for human reconnection with animals and the natural world. It might be surprising, that a zoonotic disease pandemic has led to an increased desire for increased proximity to other species, but arguably this continues a longstanding and romanticized ‘return to nature’ . The problem remains, however, of how ethical spaces with chickens outside of the exploitation and expropriation of their labour might be realised.

A new approach to multispecies geographies

In the slowed ‘turnover time’ of capitalism during lockdown, conversations have opened about what is desirable and possible for ecological and environmental recovery after the pandemic. These dialogues identify and involve stakeholders to discuss and critique the agricultural, societal and economic value of adapting and transforming both how we eat and our relationship with animals and nature. When thinking about the geographies of Covid-19 and animals, especially farmed animals, there must therefore be further consideration of animals as active participants in multispecies communities and societies, both with and without humans.

The chairperson of NSW Hen Rescue (Australia), Catherine Smith, has critiqued the requests their charity has received for the ‘need to buy hens for eggs’, because as vegan and animal activists, their charity is focussed on liberation, education and inspiration for chickens outside of egg and meat production. For those cultivating human-chicken spaces, ethical and political care is often found in these relationships. This happened to Alice Walker when she began living with chickens:

‘who knew what would happen next? Who could guess? That I would fall headlong into a mystery. That I would find myself pulled into the parallel universe all other animals exist in’.

Ex-laying hens being rehomed in urban areas have the potential effect of disrupting the usual spatial separations between human and animal of urban space and reshape who ‘belongs’ in urban spaces. Yet the lived reality of animals such as hens, their needs and welfare, as well as the hidden geographies of their exploited  labour, are too easily ignored even in the most radical imaginings of future spaces. 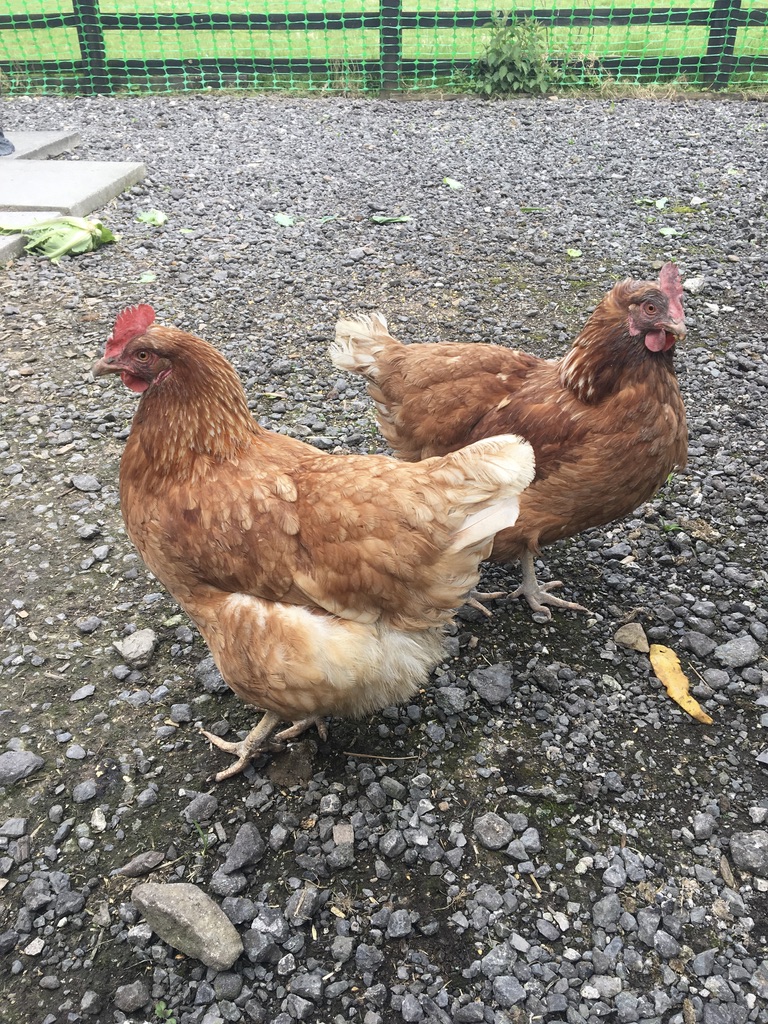 British people are generally optimistic about the effect lockdown will have on planetary and environmental health. In the face of ethical, environmental and health challenges, there has been a drastic increase in those practicing veganism in the last five years and one in five people have cut down animal meat consumption during the Covid-19 pandemic. The lockdown has to some respects built on and perhaps expedited pre-existing trends in human-animal relationships. Whilst these spatial and behavioural changes are no doubt a good thing in terms of building more equitable and sustainable worlds, Covid-19 opens a series of broader ethical and practical questions around our relationships with other species:

Addressing these questions will be vital in facing up to the key challenges posed both by covid, but also by the key political, ethical and environmental challenges that currently lie dormant in its wake.