Does the Web call time on our traditional ethical arrangements? 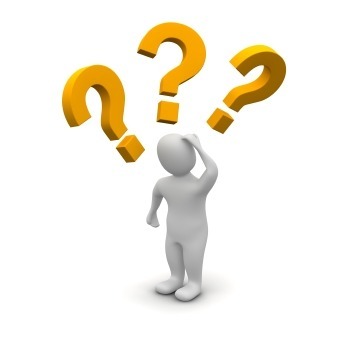 Ethnography is a “particular method or sets of methods” which in its “characteristic form it involves the ethnographer participating, overtly or covertly, in people’s lives for an extended period of time; watching what happens, listening to what is said, asking questions — in fact, collecting whatever data are available to throw light on the issues that are the focus of the research” (Hammersley and Atkinson, 1983: 1). Ethnography therefore allows insight into the knowledge and meanings behind the composition of cultural groups and individual behaviours by gathering empirical data on human societies and cultures. The focus on the Web as an area of research requires a re-evaluation of what we call ethnography.

The traditional ethnographic practices have been extended to research about web communities and cultures, with “virtual ethnography” (Hine, 2000) the prevalent term (though there are other online ethnographic frameworks such as “netnography” (Kozinets, 2002).Virtual Ethnography is considered an interactive process providing the ability to make observations of and participate in computer mediated cultures through a multitude of non-face-to-face methods (Hine, 2000). It is said this shifts the ethnographic tradition of the researcher as an embodied research instrument to the social spaces of the Web (Hine, 2000). Virtual ethnography shares the same aim as traditional ethnography in that it is used to understand the behaviours and knowledge of participants and contributors to those cultures.

Hine (2000) purports that the principles of virtual ethnography require the researcher to have a sustained presence, understand the culture, be mobile rather than multi-sited, acknowledge the spatial dislocation, and investigate boundary making (e.g. virtual and real). Some such as Clifford (1997) argue that observational research involving no participant interaction is not meaningful ethnographic study. In addition Hammersley (2007) has critiqued contemporary ethnography for not adhering to the principle of ‘sustained presence’.  The fact that interaction on the Web is not tied to a place or places (it is mobile so we need to look at the flow or connections and at how boundaries are made or remade) is a further complication. Therefore, as virtual spaces are not time bound interactions online interspersed with offline activity or other media: ethnographic methods need to fit in the spaces in between. The researcher is forced to interact with the technologies that mediate interactions we are following (i.e. use the Web to study others on the Web).

Hine (2000) and Markham (1998) have suggested that online ethnographies should provide a Geertzian sense of “thick description” (Geertz, 1973) through the immersion of the researcher in the life of the online culture or community. Thick description of human behaviour explains behaviour and its context. One possibility is for the researcher to fully participate as a member of an online community. This is more faithful to traditional ethnography and is quite distinct from other online methods of data collection such as data mining and social network analysis which may simply harvest data about activity online.

In between these two positions of full participation and distanced data collection, many online settings provide the opportunity for unobtrusive observation sometimes termed ‘lurking’. Hine defines lurking as a ‘known presence but no observable trace’ (Hine 2000: 25). Lurking is an acknowledged phenomenon on the Web, where individuals read but do not post in online communities. The virtual ethnographer can exploit an ability to lurk unseen and undertake covert research. As subjects are unable to provide their consent, this method of research implies a degree of deception and unethical behaviour. However, deception occurs when a researcher intentionally misinforms or fails to fully disclose relevant information to subjects in cases when informed consent is required.  This would appear distinct from research where the researcher has just acted covertly, assuming the role of a lurker, usually because the community is in the public domain.

Ethics committees applying traditional guidelines are unprepared for many of the research opportunities the Web affords. Grinyer (2007: 1) cites an extract from the British Sociological Association’s Statement of Ethical Practice: ‘Eliciting informed consent, negotiating access agreements, assessing the boundaries between the public and the private, and ensuring the security of data transmissions are all problematic in Internet research‘ (BSA 2002: 5 ).

Research online is unique due to the ability to access large amounts of public user generated content. Researching material published online can involve no direct contact between the subject and the researcher. This avoids interviewer bias, where the researcher can inadvertently influence the data. Observing individuals in online public spaces enables access to diverse, exotic or potentially unreachable groups. However, complicated ethical considerations can arise where data aggregators or search tools make information accessible to a wider public than what might have been originally intended.  In the absence of direct user to researcher contact the concept of non-participant observation, is a far more user-friendly phrase and less ethically-provocative; it is therefore a more suitable term to use in these circumstances.

The application of ethnography to the online world is undoubtedly a minefield; however it offers a methodologically appropriate way of accessing first-hand accounts of individual’s online and offline experiences.  We must therefore create more sophisticated guidelines to address the dilemmas created by online observational research.

Grinyer, A. (2007). The ethics of Internet usage in health and personal narratives research. Social Research Update, 49, 1-4.