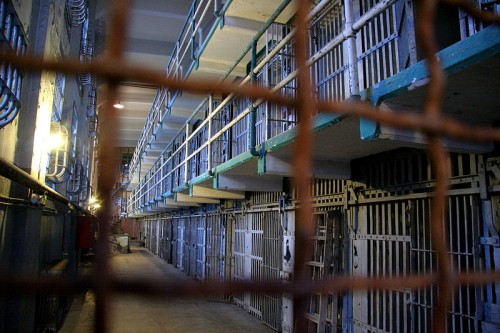 Current policy that puts black men behind bars keeps black women in confines of their own. According to a recent Economist editorial, “between the ages of 20 and 29, one black man in nine is behind bars. For black women of the same age, the figure is about one in 150.” The author pointed to this statistic to demonstrate the decreasing dating pool for black women who are looking to start a family with black men. As incarceration rates rose between 1970 and 2007, the percentage of US born black women between the ages of 30 and 44 who were married dropped from 62% to 33%. According to researchers at the University of Chicago and the National Taiwan University, with every one-percentage point increase in the male incarceration rate there is an associated 2.4 point reduction in the proportion of women who ever marry.

The impact of the incarceration rate of black men is compounded by the fact that black women tend to stay in school longer than their male counterparts. Black women are 40% more likely to go to college than black men and they are more likely than white women to seek work. According to the Economist this is because black women do not expect to split the household bills with a male provider.

Black woman’s reduced dating pool due to incarceration rates, coupled with their growing education gap between themselves and potential partners, puts them in a tough spot, according to relationship councilor Audrey Chapman. Chapman notes that “many black men and women, having been brought up by single mothers, are unsure what role a man should play in the home.” While Nisa Muhammad of the pro-marriage group the “Wedded Bliss Foundation” encourages college-educated women to settle down with blue-collar men, the Economist editorialists suggests that the best way to help black families would be to reduce the incarceration rates of black men for non-violent offenses.

This article shines a light on the often-overlooked impact of social policy on the unique positioning of black women. In her classic work Black Feminist Thought, Patricia Hill Collins wrote, “Oppression cannot be reduced to one fundamental type, and that oppressions work together in producing injustice.” In particular, Hill Collins noted the unique perspective of the black woman due to their intersectional understanding of oppression. The dominant narrative of gender is that of the white, middle class woman while the dominant race narrative is that of the black man, thus suppressing black women within their already established categories of oppression. It is this dual subordination that facilitates a clearer understanding of the relationships among systems of oppression.

Twenty years after its initial publication, Patricia Hill Collins’ Black Feminist Thought continues to inform standpoint analysis of the social world, and yet, very little work has been done to empirically test her theory. The difficulty in measuring the effect of standpoint is necessity of quantifying a perceived response to a lived experience. With these challenges noted, Catherine Harnois attempts the calculation in “Race, Gender, and the Black Woman’s Standpoint” in the Sociological Forum. According to her research, more than 80% of women claimed that gender and race were equally important, which seems to support Hill Collins’ assertion that black women are bound together by a legacy of struggle.

Her data also suggested that black men are just as likely to embrace themes of feminism as black women. There are a variety of reasons that this may be true. For one, respondents may provide the answer they feel is more socially appropriate. However, the author suggests that we turn back to Patricia Hill Collins’ comments on “politics of containment” for explanation.  Black men and black women are not segregated from each other by society that black women and white women are. These separate modes of life create greater understanding between racial groups than gender.

Read, “Sex and the single black woman” in the Economist