Smart Farming: Wither Do It Yourself (DIY) Farmers 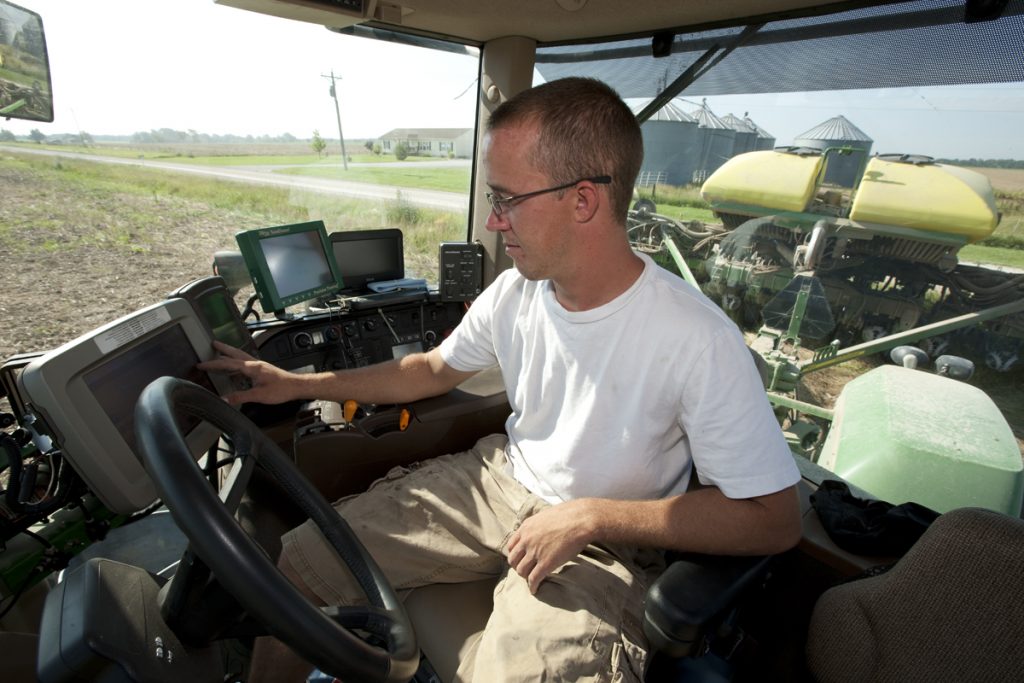 We have data coming out of our ears.  Between 2015 and 2016, the world generated more of it than what had been created in the previous 5,000 years.  The same holds true in agriculture—data related to soil characteristics, water quality (and quantity), weather, yield, market trends, and the like. The global market for precision farming technologies is estimated to reach approximately US$6 billion by 2021, which translates to an annual growth rate of 12.4 per cent.

Adoption rates of precision technologies are on the rise around the world.  In the U.S., adoption rates are well above 50 per cent among producers of major crops—e.g. corn, soybeans, cotton, and spring wheat.  A report by the Joint Research Centre of the European Commission wrote that “precision agriculture can play a substantial role in the European Union in meeting the increasing demand for food, feed, and raw materials while ensuring sustainable use of natural resources and the environment”. As evidence of its growing popularity among EU producers, take the case of the Netherlands, where precision techniques as of 2015 were used to manage 65 per cent of the nation’s arable farmland, up from 15 per cent in 2007.

While adopting these technologies at high rates, conventional farmers nevertheless have mixed feelings over their use.  To quote from a report based on a survey conducted by the American Farm Bureau, “Fully 77.5 per cent of farmers surveyed said they feared regulators and other government officials might gain access to their private information without their knowledge or permission. Nearly 76 per cent of respondents said they were concerned others could use their information for commodity market speculation without their consent”.  Moreover, while 81 per cent believed they retain ownership of their farm data, 82 per cent said they had no idea what companies were doing with it.  This ambivalence is not unique to North American farmers.  Farmers around the world are adopting these technologies, for mixed reasons, while simultaneously remaining anxious about if/how firms use this data.

With all this attention to the amount and diversity of data being generated, surprisingly little attention is being paid to the equipment used to carry out these “smart” applications.  It is an easy omission. From the outside, they look much like the equipment farmers have been using for generations—two axels (usually), at least six cylinders, and a transmission.  To the uninitiated, it might appear that a tractor is a tractor is a tractor.  Right?

Over the last five years, I have been interviewing not only conventional farmers who have adopted these technology but also employees of major firms specializing in the development, engineering, and promotion of these platforms.  This research project has taken me around the word, from North America, to Europe, the U.K., Australia, and New Zealand. Some of my most recent findings are contained in the article, ‘Smart’ Farming Techniques as Political Ontology: Access, Sovereignty and the Performance of Neoliberal and Not-So-Neoliberal Worlds in the journal Sociologia Ruralis.

One important finding from this research is that tractors are not the same.  “Smart” farm equipment comes with its costs, namely, dependency.

The (US) Digital Millennium Copyright Act (DMCA) was passed in 1998 to prevent digital piracy.  The DMAC, to put the matter plainly, made it illegal for a tractor’s owner to access the “brains” of their smart equipment.  This means farmers can no longer do repairs to equipment they allegedly owned, save for things like changing oil and repairing belts, as most repairs require accessing their equipment’s engine control unit (ECU).

In October 2015, the Librarian of Congress ruled in favour of an exception to the DMCA that would allow anyone who owned a tractor (or car, truck, etc.) to tinker with its code.  (The Librarian of Congress has a curious position, in that she or he both oversees the operation of the world’s largest library, with a staff that numbers in the thousands and a collection in the millions, and oversees the U.S. Copyright Office, the government office that manages the register of all copyrighted materials.)  In a move to void this exception, while also preempting any further such legal wins for repair activists, John Deere began requiring shortly after the ruling that farmers sign a licensing agreement with every purchase.  With this document, farmers sign away their rights to sue the company for, to quote directly from the document, “crop loss, damage to land, damage to machines, lost profits, loss of business or loss of goodwill, loss of use of equipment […] arising from the performance or non-performance of any aspect of the software”.

Not to single out John Deere, as I was reminded by a big data consultant who I interviewed: “Take Apple, you know all those ‘I agree’ boxes you check before you’re allowed to do anything with their products.  Basically, is checking that you’re promising not mess with either their hardware or software.”

And the clock is ticking.  One big concern among these groups is that is that if action is not taken now, an opportunity will be lost.  In the words of one right to repair activist, “If we don’t stop this, farmers from my kids’ generation are not going to know how to fix anything because they will never have the opportunity to learn.”  A few moments later he added, “If we don’t do it [like right to repair legislation] now the window will close.  You can’t expect a later generation [of farmers] to fight for a right they didn’t even know they once had.”

Michael S. Carolan is  Professor of Sociology and Associate Dean for Research & Graduate Affairs, College of Liberal Arts, Colorado State University. He also holds Professor status at the Department of Political Science, University of Toronto, Toronto, Canada, and is a Research Affiliate, at the Centre for Sustainability, University of Otago, Dunedin, New Zealand

Michael is Co-Editor of the Journal of Rural Studies, and also Sustainability  and Associate Editor of Society and Natural Resources. Recent books include: